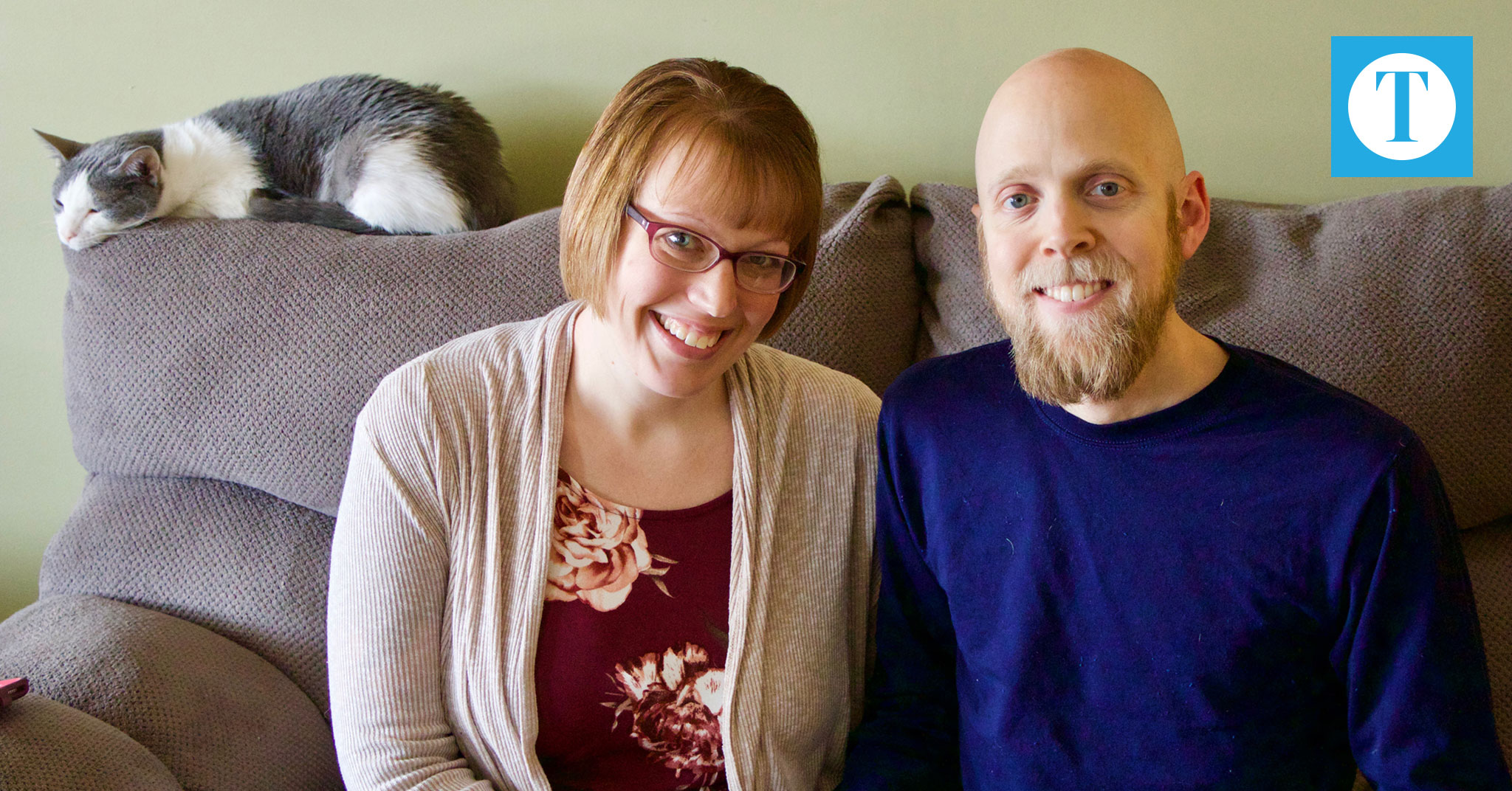 Last Tuesday, Owensboro Catholic Religion Teacher Amanda Van Bussum was taken into surgery to give the gift of life through a living donor kidney transplantation to her husband Travis, an Apollo High School science teacher. Within two and a half hours, both were recovering at Jewish Hospital, part of KentuckyOne Health in Louisville. By Friday, they were back in Owensboro and planning their future.

Amanda said that it was an easy decision to be tested and an even easier decision to donate her kidney to her husband.

Although Jewish Hospital Transplantation Program Director Dr. Christopher Jones said this is something that is uncommon in the donor field.

“We have only had two or three sets of husband-wife teams [here] and around the country it is rare,” Jones said. “But it is nice when it comes up.”

After arriving home, Amanda said she was suddenly overwhelmed thinking of all the family obligations that needed to be taken care of, plus recuperating after surgery herself. But, she said, the generosity of the community has blown her away.

From doing everything from picking her up and waiting with her at the pharmacy for prescriptions to be filled to delivering the couple groceries.

“People are good about checking in,” Amanda said. “This is an amazing community.”

Travis said that, although his recovery has been slower than Amanda’s, he is feeling stronger each day. He has lost 16 pounds since the surgery, something he said is good news because it proves the kidney is working and eliminating fluid. He also said he is coming “out of a fog” and that his appetite has returned.

In fact, Amanda said that the first thing she noticed when she went to visit Travis in his room the morning after surgery was his enormous appetite.

“I didn’t think he would eat it all,” Amanda said. “But he ate all but half a pancake.”

Travis said it’s amazing how quickly the kidney has started working, something that is much faster when the donor is a living donor because the surgical team does not have to “wake” the kidney from being on ice. He also said he is adjusting to his new medications, taking 15 pills in the morning and almost the same regimen at night.

“Most things were explained to us,” Travis said. “We weren’t their normal transplant patients. We are young and healthy. Most are older, frail and waiting for a deceased donor.”

Jones said that most people who are on the transplant list average a year waiting for a kidney. When a living donor is available, the process moves more quickly once the recipient is recognized as a good candidate. The donor process is known as the “million dollar workup,” Jones said, referring to testing one person at a time due to the financial cost to find the “needle in the haystack.”

“We try to be cognizant as well as responsible for the cost of testing and insurance,” Jones said.

Two separate transplant teams were involved with around 15 people on the donor side and 7-10 on the recipient side. After meeting with a nurse and the surgeon the day of, the donor is taken into surgery 15 minutes prior to the recipient’s scheduled surgery to laparoscopically make sure the kidney is viable.

Jones said the reason for the 30-minute difference in surgical times is because the recipient team has to prepare the kidney for implantation. He also said that the teams “get pumped up” when they have a familial match because the surgeons know exactly why the patients want to do it.

“This is really special for us,” Jones said. “And the bond that they [the patients] have after the operation — they grow so much tighter. They recognize the importance of life.”

The Van Bussums agree and say that, now that the surgery is over, they will continue with the scheduled medical appointments but, that in six to eight weeks, they should be back to normal. In fact, they are picking up where they left off — looking to become foster parents again.

After fostering and then adopting their three children, ages 8, 5 and 4, they told their social worker they wanted “one year of normal — whatever that is,” Amanda said.

In May of 2018, they began working with a new social worker to bring in new foster children but put things on hold when Travis’ health started failing.

“When we are healed, we will redo the papers [to get back in the foster system],” Amanda said.

Their children welcome the prospect of a larger family and even said they have an extra chair at the dining table, something to show their generous nature.

At 34 and 31, respectively, Travis and Amanda are most looking forward to not saying “someday” because that is no longer the issue.

“I am so grateful for Amanda, for everything,” Travis said. “It is all part of God’s plan. I won’t forget that. Fostering is part of our plan. It is what we are meant to do.”

Amanda said that she hopes to become an advocate for donation and show people that they are not alone. She said that by making their situation public on Facebook, it allowed the community to tag people to talk to who could reassure her in the process and be good resources.

“I hope to do the same for others, to reduce the stigma of kidney donation,” Amanda said. “I’d do it again…but I can’t.”