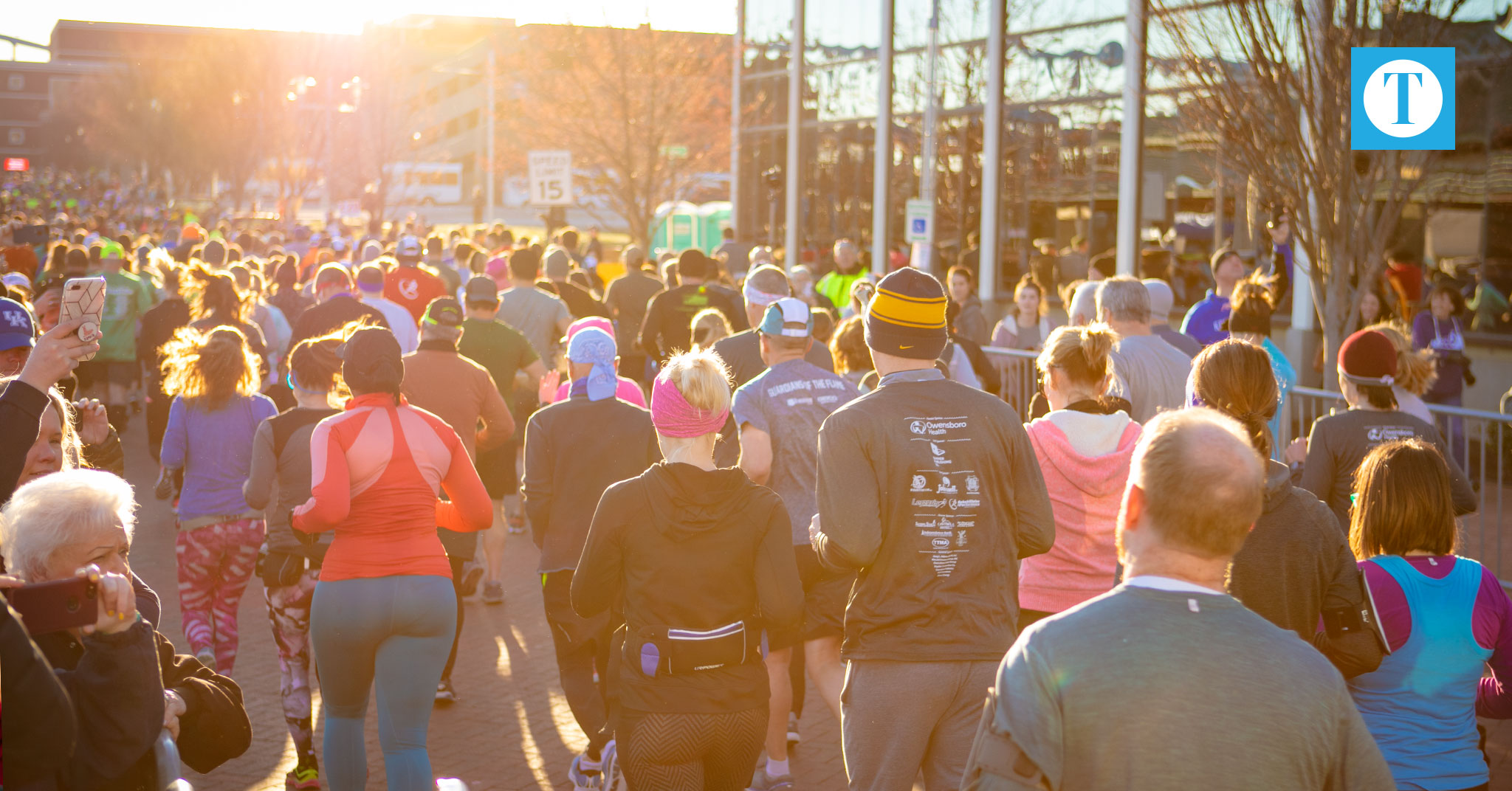 The 2020 Wendell Foster Half Marathon presented by Owensboro Health has been converted to a virtual race. | File photo by Jason Tanner

The inaugural Wendell Foster Half Marathon, presented by Owensboro Health, offered racers a flat and fast route of the city on Saturday morning. Nearly 900 participants signed up to support the mission in a race that many described as bringing the community together.

This event served as an opportunity to empower people within the community and also helped get participants active through training runs at Legends Outfitters on Saturday mornings leading up to the race. Several locals ran their first half marathon through this event.

Ashley Waldron, mom of five, decided to sign up for the race because it was for a great cause. She attributed the success of her first half marathon to the well-organized event.

“My favorite part of today was seeing all the community out in support of the runners,” Waldron said. “Having my kids cheer for us at various aid stations made it easier to keep going.”

Along the route, local businesses set up 12 water stations where volunteers offered motivational cheers, high fives and some creative signs. One sign read, “This seems like a lot of work for a banana!”

Bethanie Roberts worked one of the water stations along the route with the Chamber of Young Professionals. According to Roberts, the event would not have been possible without race director John Gleason.

“John did such a great job bringing the whole community together,” Roberts said. “Everything was so organized and the energy was evident. I loved seeing all the smiling faces having fun being active,” Roberts said. “One guy stopped and danced for us. That was memorable!”

According to Gleason, the success of the race takes a team. He knew a half marathon would take a lot of time and preparation, but the more he worked on the event the more he realized he needed more and more hands.

“The greatest emphasis I want to put on this event is — it takes teamwork,” Gleason said. “Today would not have been possible if it weren’t for our committee, sponsors, volunteers or the participants themselves.”

While there was a strong sense of community felt Saturday morning, there were still several reminders of the race’s namesake and purpose behind the effort so many put into the 13.1-mile race.

When Team Karlie supporter Jeff Miller first mentioned the race to 10-year-old Peyton Howard, he was all in. His mom, Misty, described his reaction as one of excitement.

“He absolutely loves racing and the length of it,” Misty said. “I think it gave him even more time to enjoy the ride and take it all in.”

“He wanted to know when the next one was and when he could do it again,” Misty said. “Today was also a very touching day and meant even more that Peyton was able to do this in his Aunt’s memory on her birthday.”

Misty Howard’s sister would have been 35 years old Saturday. She passed away several years ago and, at one time, was a resident at Wendell Foster. Peyton continues to receive therapy every week at Wendell Foster and the Howards still feel that the organization is a big part of their lives.