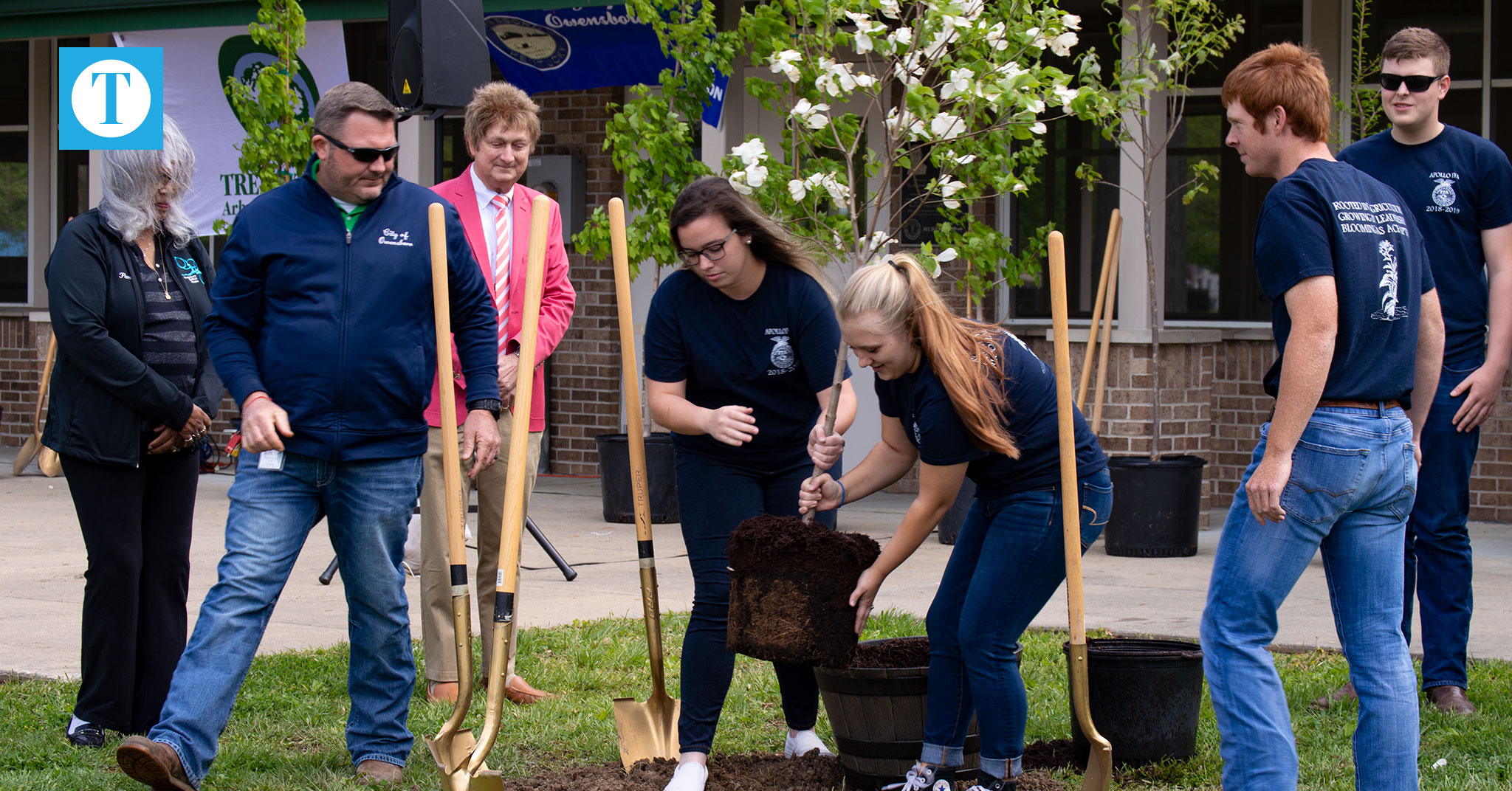 The first Arbor Day was celebrated in 1872, Maglinger told a small crowd that gathered at Legion Park. It was first observed formally in Owensboro in 1990.

Owensboro was named a 2018 Tree City USA by the Arbor Day Foundation in honor of its commitment to effective urban forest management. “Tree City USA communities see the impact an urban forest has in a community first hand,” said Dan Lambe, president of the Arbor Day Foundation. “Additionally, recognition brings residents together and creates a sense of community pride, whether it’s through volunteer engagement or public education.”

This is the second Arbor Day celebration for City of Owensboro Ground Manager Adam Wright, but planting trees is something he is passionate about.

“I intend to keep Arbor Day alive as long as I’m here serving the City of Owensboro,” Wright said.

The 12 trees that were planted Friday are species native to Daviess County — red maple, white oak and bald cypress. Wright said that Legion Park was also specifically chosen for this year’s celebration because of the recent age and weather-related tree loss.

“We have had the wettest two years on record,” Wright said. “You can’t have 100 year old oak trees in a swamp and not expect them to topple over.”

This was one of the reasons bald cypress trees, which absorb a lot of moisture, were chosen as some of the trees to be planted this year.

“We have people from out of town in Owensboro all the time, but we also have 60,000 residents that depend on us to make out community beautiful,” Wright said. “If I could do a tree planting every day I would.”