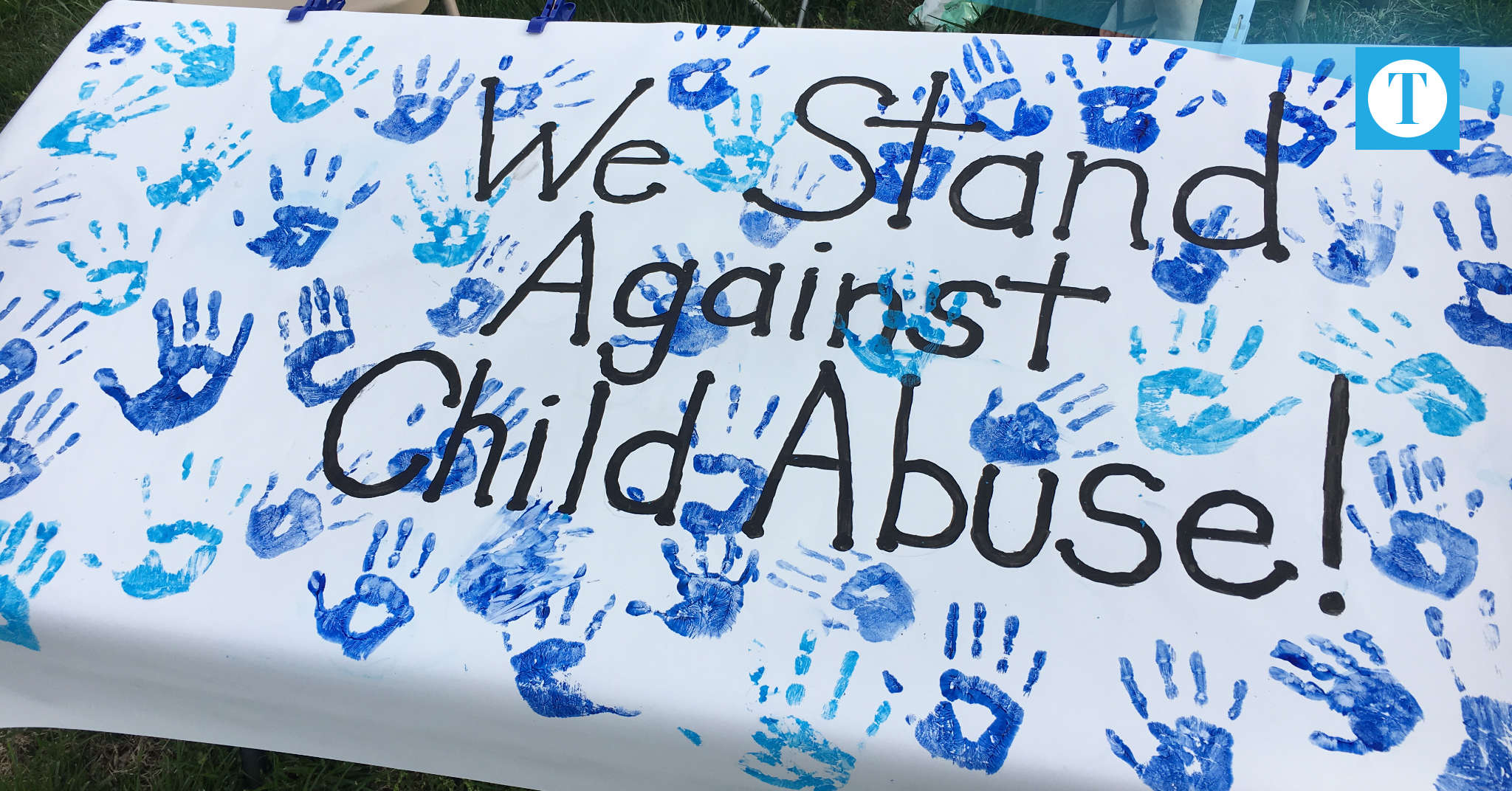 Children who attended the STAND Against Child Abuse event were invited to dip their hands in paint and leave a handprint on a six-soot-long white canvas. | Photo by Taryn Norris

Nearly 1,000 children and their families gathered on the south lawn of Kentucky Wesleyan College Thursday as the Community Collaboration for Children (CCC) and the Department for Community Based Services (DCBS) hosted their annual STAND Against Child Abuse event.

Aside from offering resources and information about community services that help promote healthy families and battle child abuse, two new features characterized this year’s event. CCC and DCBS added a booth with a 6-foot-long white canvas with “We Stand Against Child Abuse!” painted in the center. Children who attended the event were invited to dip their hands in paint and leave a handprint on the canvas.

The other new feature was perhaps the most intense and emotional part of the evening — a silent balloon release in honor of child abuse victims sponsored by Sunrise Children’s Services.

As the song “Concrete Angel” by Martina McBride played in the background, Sunrise staff members began to release balloons one at a time. All other activities ceased and the lawn became quiet while hundreds of people participated in a moment of silence in honor of children who were killed or seriously injured from abuse or neglect.

“We are here to impact and help combat the problem,” said Kristy Clark, Community Collaboration for Children Program Coordinator. “We are excited to bring awareness in a new, meaningful way.”

Approximately 40 organizations from the Owensboro area, including groups such as the Bikers Against Child Abuse and the Owensboro Police Department, were among those represented. CASA, the Owensboro Human Relations Commission, Heritage Children’s Services and Benchmark Family Services were just a few of the organizations that provided beneficial information and resources to families for the STAND.

Al-Anon and Alateen Family Groups offer emotional support and resources for anyone affected by another person’s alcoholism. Other organizations, including Kentucky Legend, donated free hot dogs, water and snow cones.

“We are very blessed to serve our community in such a way again,” Clark said.

According to the Children’s Bureau of the U.S. Department of Health and Human Services Child Maltreatment report from 2017, Kentucky had the highest percentage of child abuse per 1,000 children.

Getting involved with organizations like CASA, becoming a foster parent or mentoring a child with MentorKids Kentucky are just a few ways the local community can take a stand against child abuse and reduce that percentage in Owensboro.