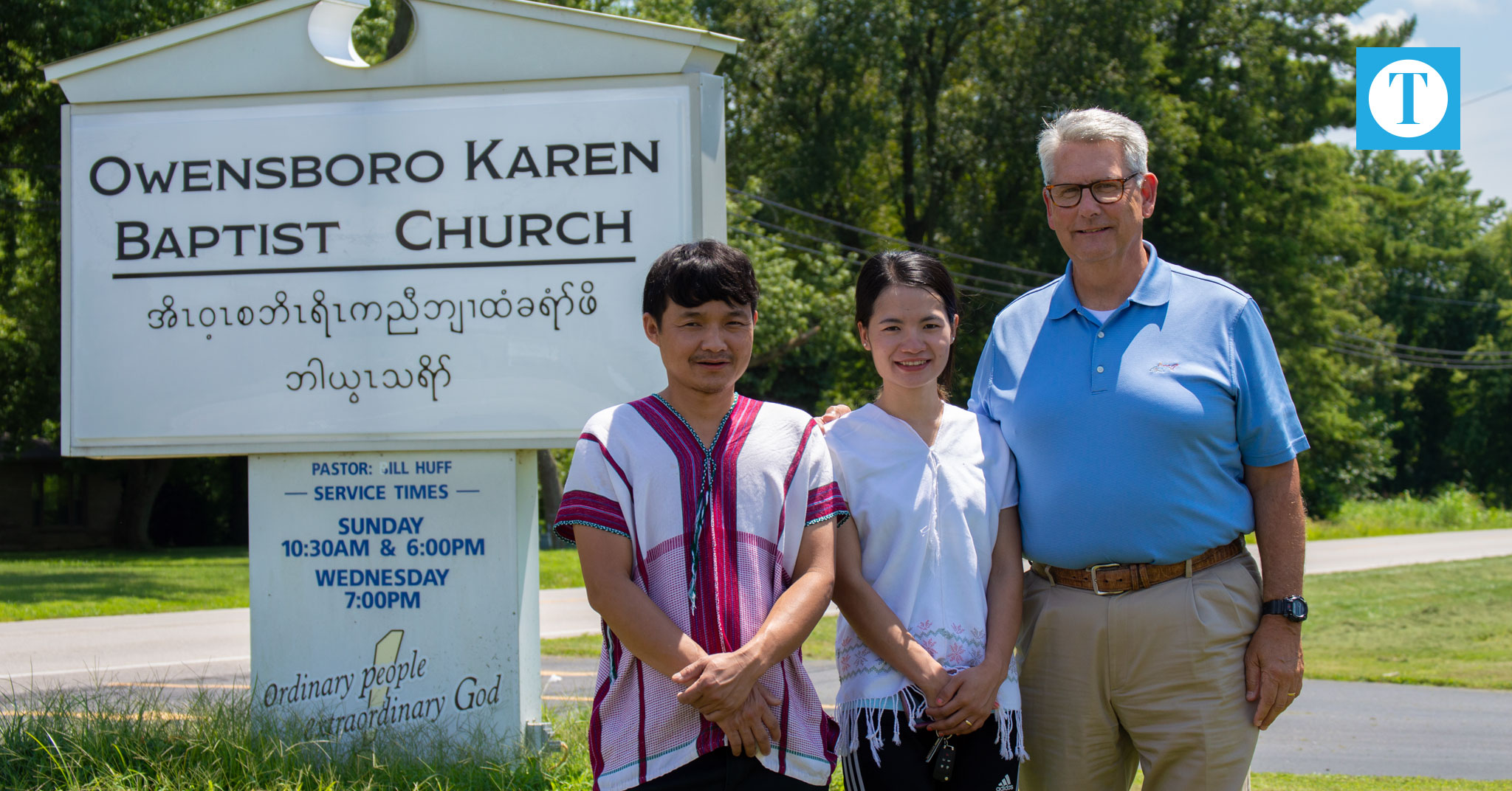 The Owensboro Karen Baptist Church began with a few faithful members meeting in a church in a Thai refugee camp for Burmese tribal groups seeking sanctuary. | Photo by AP Imagery

The Owensboro Karen Baptist Church began with a few faithful members meeting in a church in a Thai refugee camp for Burmese tribal groups seeking sanctuary. Today, the church has grown to around 150 members since being replanted in the United States and nurtured by Bellevue Baptist Church here in Owensboro, Kentucky.

The Karen people of Myanmar make up around seven percent of the overall Burmese population. They were uprooted from their homes due to ongoing political unrest and persecution in their home country that began in 1948. According to the Centers for Disease Control and Prevention, from 2008-2014, over 117,000 Burmese refugees came to the United States from refugee camps in Thailand and Malaysia.

In Kentucky, more than 10,000 refugees in both Bowling Green and Owensboro have been assimilated into life in the United States since 1981. Owensboro has received a large influx of Burmese refugees since 2010, including twelve unique Burmese ethnic groups. The Karen people are one such group and number close to 400 in the city of Owensboro.

Tee Moo is a member of the Karen congregation. She came to Owensboro with her family in July 2010 and quickly became connected to Bellevue. As more Karen people began finding a church home at Bellevue, the Bellevue leadership team wanted to best serve them by finding a pastor who could shepherd them in their own language. So, they began to pray about bringing Pastor Nay Lui from the Mae La Oon refugee camp in Thailand.

Their prayers were answered less than a year later when, in 2011, Lui and his family came to Owensboro When Lui arrived in Owensboro, Danny Gray from Bellevue worked with The International Center to connect him to the church and assist with his adjustment to life in the United States while Lui began leading the Karen congregation.

“We were getting more and more Karen people coming to Bellevue. That’s when the Karen church started,” said Gray, the missions director at Bellevue.

Because of Bellevue’s passionate commitment to helping refugee groups over the years, the Karen people began meeting in a room at Bellevue in 2011.

“We really love Bellevue,” Lui said. “Everyone helps us and makes sure we have everything that we need.”

The church started with six families and about thirty people, and while at Bellevue, the Karen people had full access to the church’s facilities, including space for Sunday school and worship.

As the church continued to grow, its members believed they needed a building of their own. Gray said that this is an example of church planting in the best form.

“Missionally, God is bringing the world to us. We don’t have to go all the way to Burma,” Gray said.

On Nov. 4, 2018, Owensboro Karen Baptist Church moved into their own building, which was formerly home to the Pentecostals of Owensboro on Highway 81 South, just around the corner from Bellevue.

Today, the Karen Baptist Church averages around 150 people each Sunday morning. The service is similar to conventional Christian services — music, worship, preaching, reading from the Bible, and prayer – just in the Karen tongue.

Children come to the altar to recite their memory verses and friends greet one another and welcome visitors. The main benefit of having their own space is the ability to speak in their own language.

Now that the Owensboro Karen Baptist Church has its own building, they are able to have more space for worship, activities, and Sunday school classes. According to the Karen cultural practices, every person worships together, from the crying babies to the elderly.

“We want everybody to come and listen together,” Lui said.

“We just want to tell everybody to come visit. We welcome everybody,” Lui said.