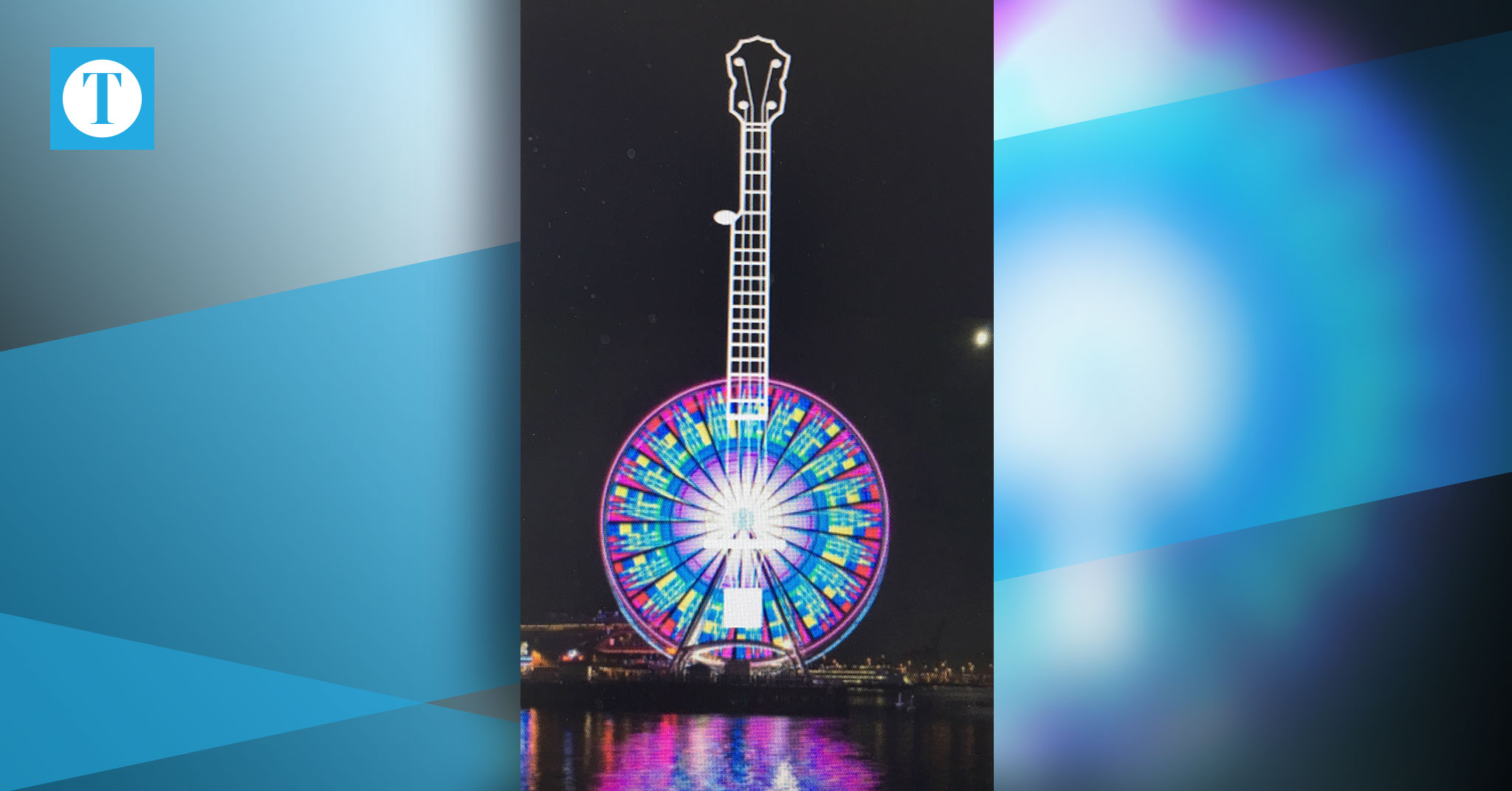 Barry Lee, the Nashville-based developer who has proposed the banjo-shaped Ferris wheel, provided this rendering to Owensboro Times of what the wheel could look like in downtown Owensboro.

Local officials continue to discuss the possibility of a banjo-shaped amusement ride proposed earlier this month by Nashville-based developer Barry Lee. Tourism officials said the project is the “icing on the cake,” but the cake has yet to be identified.

Owensboro-Daviess County Convention and Visitors Bureau President and CEO Mark Calitri said the Ferris wheel with a potential drop tower is just one attraction in what those involved would like to be a larger development.

According to Lee, he has had meetings with several local developers over the last couple of weeks and is open to working with them on future projects.

“There are attractions, events, entertainment, dining, retail — the whole tourism spectrum — being discussed,” he said. “You’d need all of these elements to be successful as a true tourist destination. The wheel is a small piece to the overall plan.”

Calitri hopes to discuss the proposed attraction with representatives of the Gateway Planning Group who led the charge in 2008 on the downtown placemaking master plan. The president of the planning group will be in Owensboro this week, speaking at the August Rooster Booster breakfast.

“We are looking to open up a conversation with how a tourist attraction like this would align with their thoughts on the downtown plan,” Calitri said.

Overall, Calitri said the Ferris wheel is a positive move for the community.

“We have to be able to take advantage of these opportunities,” he said. “We don’t want to be a community that just says, ‘no,’ because that’s the easiest thing to do.”

Lee’s model of the amusement ride has been on display in the CVB window and at Friday After 5, allowing him to gain more community input.

Lee told Owensboro Times last week that while dropping into local establishments — such as coffee shops, barber shops, a diner and O.Z. Tyler Distillery — he heard “pretty positive” feedback, but he said a project of this magnitude needs local leadership support to succeed.

Lee has yet to meet with Mayor Tom Watson or the Board of Commissioners, hoping the CVB will take the lead on the project. Calitri said he hopes to get more input from Gateway Planning Group before taking charge of the attraction and the larger development proposal.

For more details on the Ferris wheel, read Owensboro Times’ previous article when the developer unveiled the project.