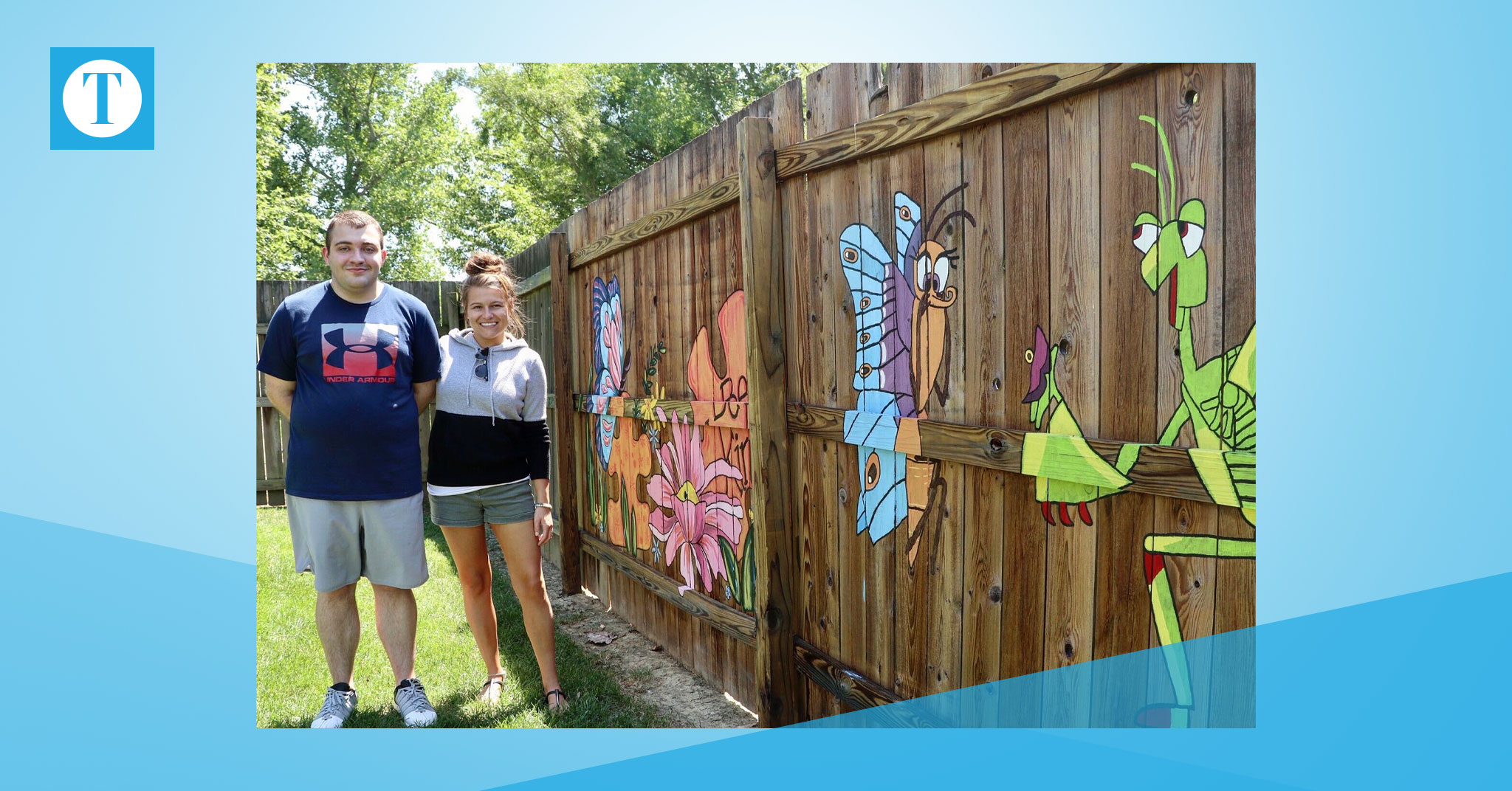 Owensboro native Corey Ziemer created a fence mural in his parents’ backyard as a way to “make people smile” and encourage everyone to always be kind.

Ziemer, who was diagnosed with autism at age 2, recently finished the project with help from Owensboro Art Guild Vice President Sarah Wilson, who has been working with Ziemer for about to years.

“He’s kind of known around town for his artistic ability, so once COVID hit, we had to quarantine and had to stay inside, which we had to cope with,” Wilson said. “So we came up with the idea to spread art and joy at that time.”

Ziemer’s mural was inspired by one of his favorite movies, “A Bug’s Life” — he drew a praying mantis proposing to a butterfly.

“He’s saying to Gypsy, ‘Will you marry me?’” said Ziemer, who chose to draw bugs because they live outside.

The project began as a way to draw awareness to Autism Month in April as well as help Ziemer and others stay happy during the pandemic. The nature scene took about a month to complete and evolved to include kindness in light of recent national events.

“He was so proud at the end of the day. It took him a good long time to do it because he’s sweet and slow. He’s a perfectionist,” said Ziemer’s mother, Tisha. “We actually made it fun for him. We set up a canopy. We set up some tables and chairs.”

Tisha said she had wanted her son to do a mural on her fence for years, and the timing was finally right.

Wilson’s mural complimented Ziemer’s and includes flowers as well as a puzzle piece. She said she enjoyed working on the project and the duo hopes to continue to spread awareness.