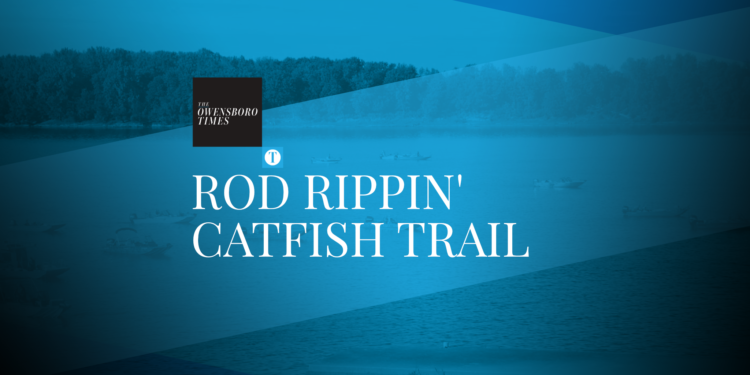 The Rod Rippin’ Catfish Trail is set to host its inaugural “Rumble on the River” catfish tournament at English Park on July 24. Proceeds from the event will benefit Friends of Sinners, a local Christ-centered drug recovery program.

The executive director of the Rod Rippin’ Catfish Trail is Damian Clark, who is also an alumnus at Friends of Sinners. In addition to raising funds for Friends of Sinners, the group looks to settle the debate of who has the best anglers — Kentucky or Indiana.

“We just want to give back to the organization that’s been good to me and so many others in the tri-state area,” Clark said. “My partner that’s helping me organize the event is Jeremy Farrar and he’s from New Harmony, and I’m from Owensboro — this will help us settle a long-time debate.”

The idea was conceived by Aaron Wheatley, who organizes the “Monsters on the Ohio” event — one of the world’s largest catfish tournaments. He pitched the idea to Clark and his team with the Rod Rippin’ Catfish Trail, where it gained traction and evolved into much more than just a tournament.

The event will begin at 5 a.m. with weigh-ins slated to begin at 2 p.m. The cost to register is $150 — with $30 going directly to Friends of Sinners, $20 going to the biggest fish, and the remaining $100 used towards prizes.

“It’s going to be huge and epic — there is a lot of pride on the line from state to state,” Clark said.

The Rod Rippin’ Catfish Trail is known regionally as a premiere leader in catfish tournaments on the Ohio River. They host eight tournaments annually from as far west as Shawneetown, Illinois, and as far east as Leavenworth, Indiana.

“We hope to raise several thousand dollars for Friends of Sinners,” Clark said. “I’m passionate about the place because I’ve watched God impact my life through the place. I went from homeless to owning my own concrete company and running catfish tournaments all down the Ohio (River).”

The event will feature food vendors, raffle items, cash prizes, and more. For more information or to register, contact Damian Clark at 270-702-7067.