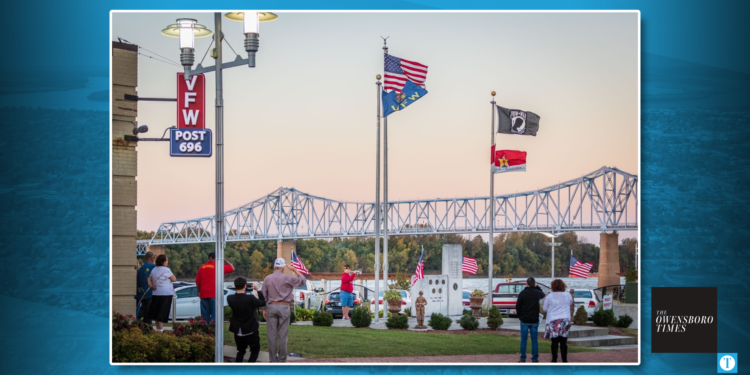 The Veterans of Foreign Wars Post 696 will host an ice cream social on July 25 to benefit two of their members. The event will begin at 1 p.m. on the VFW patio overlooking the Ohio River on Veterans Boulevard downtown.

The social will feature a homemade ice cream contest, store-bought ice cream for sundaes, bluegrass music, a cornhole tournament, and a silent auction. The event is open to the public and also features $6 BBQ chicken plate lunches.

“The function is for two of our members that are battling illnesses and could use some financial assistance,” said Jessie Hettinger, organizer of the event. “I decided to do an ice cream social because it’s been so hot, and we can have it outside.”

The event will run from 1 p.m. to 5 p.m. or longer if needed. With it being outside and Smothers Park serving as a backdrop, Hettinger hopes that families and children of all ages will be in attendance.

“Anyone is welcome. Kids like ice cream, and this will be something different that will hopefully get more family members involved in our efforts,” Hettinger said. “It’s also a good opportunity for our members to meet — we have 250 members, but several haven’t had the opportunity to meet new the ones because of the pandemic.”

Local musician McKenzie Bell will be on site with her fiddle to provide what Hettinger referred to as some “awesome entertainment.”

Hettinger said that $1,500 is the goal, but she is hopeful that the event will generate even more. The money raised will assist with rising medical costs and housing for the two members.

Hettinger said both of those members have continually given their time to the VFW. One was an experienced mechanic who often helped members with their car struggles; the other prepared food for the organization’s many events on countless occasions.

“These two individuals mean a lot to the VFW community — they were both always helping not only our members but the entire community,” she said. “We miss them not being around already because they’ve done so much for so long, and we likely took it for granted.”

She said the two were long-time members that took an interest and showed initiative in the VFW’s efforts from the beginning.

“We just want to show them an appreciation for all they’ve done for us,” Hettinger said.