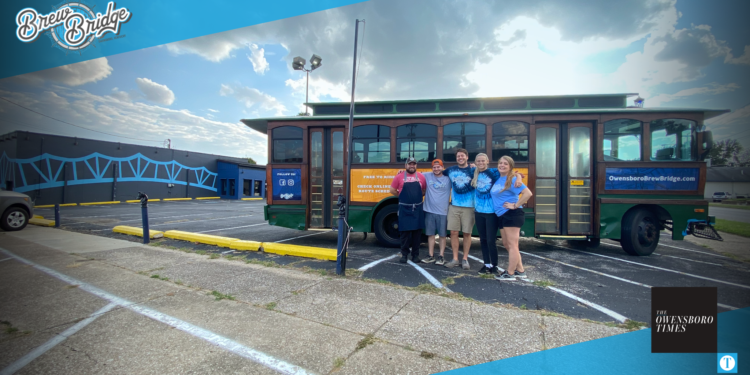 Brew Bridge will soon add a unique way to serve customers, as the brewery announced they will be introducing a trolley in the coming days.

“We wanted a way for people to enjoy Brew Bridge in a wider spread and in a way that’s unique for Owensboro,” said Marketing Manager Nick Gray.

Gray said finding a trolley was a “huge ordeal” and took months, but they finally got a former pub trolley from St. Louis.

“It’s been a huge project we’ve tried to keep a secret but we just couldn’t contain ourselves anymore — and we’re mere days away from the first rides, just in time for the fall season,” a Facebook post by Brew Bridge reads.

Gray said the trolley will be able to have up to 14 passengers at a time in different configurations.

The trolley will have lights, music, and drink sales depending on the configuration. Gray said they are testing their draft system now.

There will be weekend routes coming soon, and Brew Bridge will provide updates on their Facebook Page and website.

“We’re going to offer private bookings as well as charting services in the future so keep a lookout,” Gray said.

Brew Bridge celebrated their one-year anniversary earlier this summer. Officials said at the time they hope to continue to grow and add more services for the customers to enjoy.