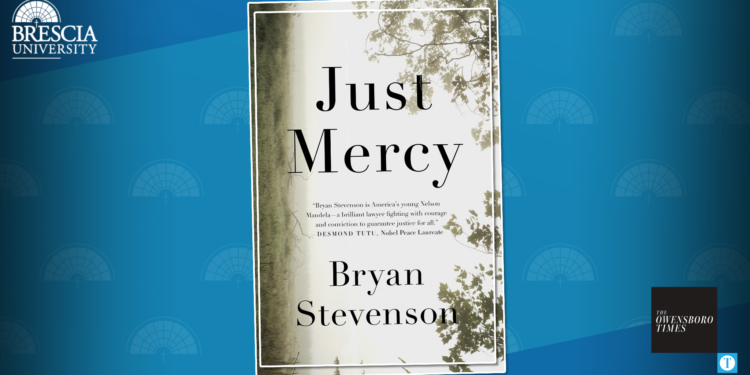 The event is open to the public with no cost to attend. The discussion will begin at 7 p.m. in Taylor Lecture Hall and masks will be required.

Just Mercy is a memoir of Stevenson’s career as a lawyer dedicated to defending the poor, the incarcerated, and the wrongly condemned, as he established the Equal Justice Initiative (EJI). One of the main storylines is the author’s efforts to overturn the wrongful conviction of Walter McMillian, who was one of EJI’s first clients.

According to justmercy.eji.org, “Just Mercy tells the story of EJI, from the early days with a small staff facing the nation’s highest death sentencing and execution rates, through a successful campaign to challenge the cruel practice of sentencing children to die in prison, to revolutionary projects designed to confront American with our history of racial injustice.”

The book was also made into a film with the same name in 2014 starring Michael B. Jordan. Just Mercy was this year’s common read for the University’s freshman BU101 class.

The panelists each have a legal background. Montalvo-Gesser is the Director of Catholic Charities for the Diocese of Owensboro and is the first female from the 2nd District of Kentucky and the first Latina on the Board of Governors of the Kentucky Bar Association.

Adams is a staff attorney at the EJI. Prior to joining the EJI she was she was Assistant Public Defender and District Court Supervisor for the Tuscaloosa County Office of Public Defender.

Murtaza is the Vice President of the Owensboro Human Relations Commissions and an adjunct professor of political science at Brescia University. She also has her law license in the state of Illinois.

To watch the livestream of this event, click here.