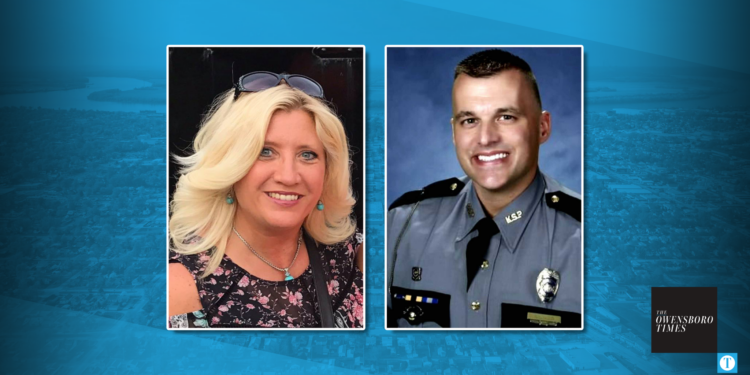 There was a time when Tyler dreamed of becoming an aerospace engineer. Now the 18-year-old student in Daviess County is more focused on where he will sleep each night. The Empowerment Academy is doing their part to help, as they want to change the future for homeless teens in Owensboro-Daviess County.

The group purchased property earlier this month and is actively raising money to build a two-story, 19-bedroom home on Ohio Street near English Park.

The facility would serve youth like Tyler, who is homeless.

“I used to have bigger plans before I got kicked out by my dad,” he said. “But now I just want to go to trade school or something like that. Before I was going to an academy with a focus on STEM (science, technology, engineering and math). I’d originally planned to go into aerospace engineering. That was my main plan.”

Being homeless has altered Tyler’s academic journey and, subsequently, his life plans. He admits his mistakes were “dumb.”

At 16, Tyler was forced to leave home after making some bad choices involving underage drinking. From there, he said he moved in with a mother he “barely knew.”

A series of events, including his mother’s arrest, left Tyler going from house to house with relatives and friends. He still doesn’t have a permanent place to stay.

Tyler, who carries clothes in his backpack “just in case,” said life has been particularly stressful since his mother’s arrest.

“Every day, I don’t look at it as I don’t have a place to sleep,” he said. “I look at it like the people I’m staying with, there’s a type of pressure to be a good person or they can just say I have to leave.”

The constant stress of staying quiet so he can just stay the night has limited his perspective on everything.

“It’s like I don’t know what I need,” Tyler said. “I’m just so focused on trying to stay somewhere. I know I need a job. I need to get my driver’s license. Not too long ago I was finally able to get my birth certificate and social security number.”

But primarily, he said, all of his focus is trying not to sleep outside at night. Tyler said for kids who are homeless or in a bad home situation, academics become the least of their concerns.

“I was struggling with this until one of my cousins told the school,” he said. “People in my situation, they are scared to say something because they don’t want to look like that person; like they are trying to get free stuff. People need to look out for those in need because it goes unnoticed.”

Tyler’s situation is not unusual, even in western Kentucky. It’s estimated that roughly 300 students in Daviess County are considered homeless by federal standards.

That’s how the idea to establish the Empowerment Academy came about.

Donna Lanham was one of the first to see the need in the community. A longtime educator, Lanham also served as the liaison for the Homeless Population Title 1 program.

“In my four years as Title 1 Liaison, I’ve never cried as much as I cried while serving there,” she said. “I remember doing a home visitation where one of our students was in a small trailer with no floor taking care of her siblings. Their mother was in jail, and they didn’t have a parent to take care of them. I just had such a hard time understanding how kids could be treated so poorly and left essentially homeless.”

Rhonda Davis, chair of the Empowerment Academy board of directors and past interim director at Boulware Center, said in her 20+ years of experience working with various underserved and homeless populations, she found that there are many opportunities for treatment and housing for men, women, and even families.

“However, homeless high school students are lacking basic human needs such as food and shelter and have options and opportunities for improvement,” Davis said. “I feel like these young people, who have high potential and motivation, should be rewarded with a safe and secure environment that meets their physical and educational needs. We as a society owe them our support because our future depends on their success. I’m blessed to lead a group of like-minded and passionate volunteers who see this need and are up to the challenge to meet it.”

Empowerment Academy founding board member Vicki Quisenberry said the need for adequate housing for high school students has been in the community for a long time.

“I first heard of the need through Donna Lanham in my role with the Foundation for DCPS,” she said. “Once we realized this need was not just a DCPS problem, but a community issue, we worked to establish the Empowerment Academy, a 501(c)3 nonprofit organization. Education and adequate life skills are crucial not only to students in need, but vitally important to the success of our community as a whole. We can’t let these kids fall through the cracks.”

EA board member and local homebuilder Mike Ballard will be supervising the construction project.

“We have generous people in this community who are willing to help these young people have a home and a better chance at a productive life,” he said. “We appreciate those who have already committed materials and volunteer labor and are looking forward to having others join us.”

Board member Brian Wilborn noted that they are asking generous community members to help EA begin construction of the building by purchasing bricks for $100, pavers for $500 or cornerstones for $10,000. He said they will accept donations at any level.

For more information on the Empowerment Academy, click here.