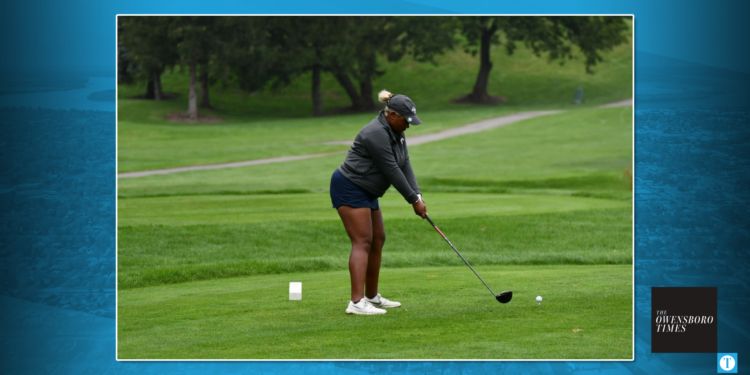 Owensboro native Ke’Asha Phillips has a goal of playing in the next set of LPGA tournaments this summer. She is looking for donations and sponsorships to help cover the expenses that come with going professional.

Since Phillips graduated from Owensboro High School in 2017, she went on to play at Xavier University in Cincinnati, Ohio, and obtained her Bachelor’s of Social Work in May 2021. During her time at Xavier, Phillips competed in roughly 20 tournaments and posted two top-10 finishes during her sophomore season.

Due to the COVID-19 pandemic, her junior season was cut short and she ended the season with seven tournament appearances, played a total of 21 rounds and averaged 77.52 before the season close.

Through NCAA, student-athletes were granted another season of eligibility to make up for the lost time. With this, she entered the transfer portal and after graduating at Xavier moved on to the University of Akron in Ohio.

With her collegiate season days coming to a close this semester, she is looking for what comes next.

“I don’t have any more eligibility left after this year. So hopefully I can be a grad assistant and kind of help around and stay with the team,” Phillips said.

Playing on the LPGA tour was always a dream of Phillips’ since she started playing at the age of 8. She’s been steadily working toward that dream, and Phillips said her parents have been a large support factor for her.

She knows that a certain love and passion for the game is needed to continue after high school and even after college, and her family’s support has helped her push through each stage.

Since she was young, Phillips has been fundraising to raise money for swing classes and other fees that come with the game.

As she prepares to go professional, Phillips is looking to her hometown and her supporters that helped her get started during her childhood.

“I love my community. Everyone’s been supportive since day one when I was in middle school playing golf and playing in the city tournaments,” Phillips said.

Phillips is hopeful that her years of training will pay off and allow her a chance to go pro.

“I put in too many reps not to try to at least go pro,” Phillips said. “So [Owensboro] has supported me this far. So hopefully they can support me after college as well.”

To learn how to donate and support Phillips, reach out to her father on Facebook here.