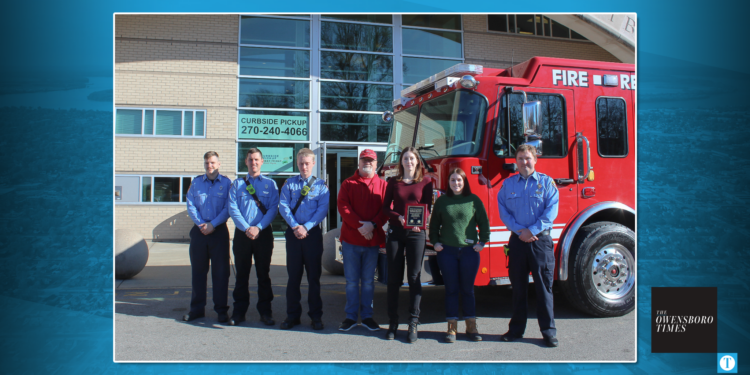 Owensboro Fire Department officials recently took on a comprehensive project to conserve the history of the department. However, a difficulty arose as they tried to find documents from the last 60 years. That’s were the Kentucky Room at the Daviess County Public Library stepped in.

The department had access to 1866 to 1920, but Lieutenant Andrew Behl said that from 1920 to 1988 there was a subscription that only the library could access.

Savannah Warren and Christina Clary with the Kentucky Room said it took them roughly two months to go through almost 1,000 documents spanning the last 60 years to complete the history project.

Clary said that by breaking it down year by year, she was able to speed up the process.

“I was wanting to give them everything possible, and then they could just pick out what they needed,” Clary said. “I’d rather give too much than too little.”

OFD on Thursday presented an award to Warren and Clary in recognition of their help.

Behl said it is important that OFD keeps records of these documents as one of the oldest organizations in town.

Behl hopes copies of the project will eventually be available in the library, saying “in 6 months or 8 months, I’d like to have something documented for [the community] to see.”