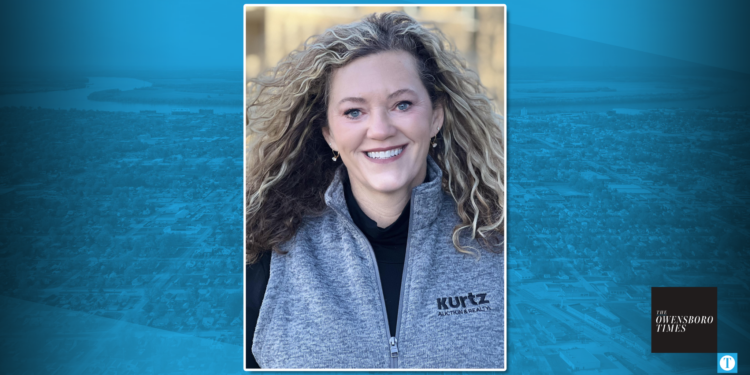 Amy Whistle, who switched career paths after being a stay-at-home mom, was recently named Kentucky’s Auctioneer of the Year.

The award is given by the Kentucky Auctioneer’s Association. An auctioneer is nominated for consideration and there are 28 requirements that are scored on a point system.

Some of the things that are considered are involvement in civic organizations, having held nonpay charity auctions, having the highest dollar-per-acre farmland auction, using social media marketing, testimonials from clients and customers, and other criteria.

“I am so proud to be Auctioneer of the Year,” Whistle said.

Recipients must also be an active member of the KAA, a full-time auctioneer, and a resident of Kentucky.

Whistle, who has lived in Philpot since 1997, has two children. She said when they headed off to school, she figured it was time to decide on a career.

“I had a college roommate whose dad was an auctioneer, and I had been to some auctions and helped with some things just enough to intrigue me,” she said. “I always had it in the back of my mind that it would be something cool to do.”

One day while at the YMCA, Whistle ran into Chrissy Kurtz who worked at Kurtz Auction and she “somewhat jokingly” asked about being an auctioneer.

“Soon after I met with John Kurtz, who is a third-generation auctioneer, and he told me what I would need to do and his thoughts on this as a career path,” she said. “This was going to be a far cry from the medical and human services background I had, but I was going to give it a try.”

In 2004, Whistle became a fully licensed apprentice auctioneer and real estate agent. On Jan. 3, 2005, she started with Kurtz Auction.

“An auctioneer is keen to their client’s needs and sensitive to their situations — we do a lot of hand-holding,” Whistle said. “An auctioneer is an event planner, a problem solver, solution finder, and definitely a team player. I have been fortunate to find a career that I love and a place to practice that while learning from and working with who  I think are some of the best.”