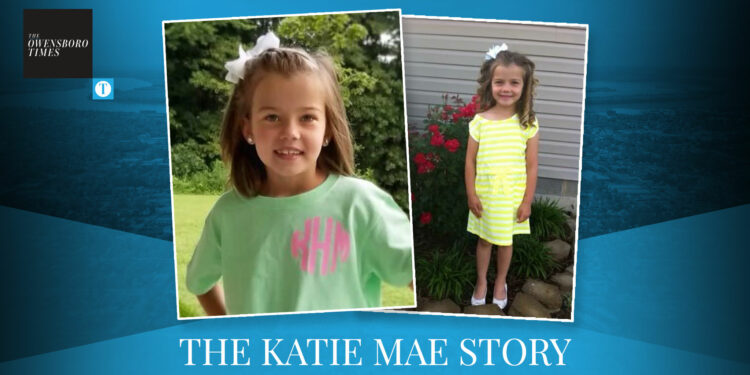 Carrie and Chris Hodskins are using the story of their daughter, Katie Mae Hodskins, to reach others in hopes of deterring them from the use of illicit drugs. Katie Mae was just 7 years old when she was killed in a single car accident involving a driver who was under the influence of methamphetamines. The driver and two children in the vehicle all died.

When the 5-year anniversary of the accident approached in late 2021, Carrie Hodskins knew she wanted to find a way to increase awareness about the dangers of using illicit drugs.

“My goal is to get the message out there and to reach as many people as we can. We want to touch some lives,” Hodskins said.

In a video released last week, the story of Katie Mae stresses the detrimental impact that substance abuse can have. The support of the community has been strong following the release, Carrie said.

With friends and family posting to social media, the video had more than 500 shares in just 24 hours.

“It’s been in the works for a while, and we recently finalized everything. I released it Thursday evening for the first time, and it took off way more than I thought it would,” Carrie said.

Carrie has had several opportunities to publicly speak in the past few years, sharing Katie Mae’s story to a group of bus drivers, at several high schools, and to groups in recovery. It didn’t take long for people to share how much it impacted them.

“I shared with one group that many users may think their choice only impacts them and their body, it’s not hurting anyone else. In reality, the choice to use illicit drugs took our daughter’s life,” she said. “A lady came up to me and said I hit the nail on the head. She was in recovery and had never thought of her choices that way.”

Knowing it is not always feasible to share her daughter’s story in-person, Carrie said the video project was perfect. She said the project was a combined effort of many different people who believed in the mission of their story.

One main supporter, Dianne McFarling, senior director of RiverValley Behavioral Health, passed away before she got to see the project come to fruition.

“She was very big in drug prevention. She loved the power of our story. I had met with her several times,” Carrie said.

The Hodskins family hopes that people will share this video so it can impact lives and help prevent future tragedies. To watch the full project, visit vimeo.com/683992879.

Katie Mae is described as a little girl who was full of energy and loved attention. Her parents believe she would be proud to know her story is being shared across the nation and will be used in a positive way.

“My ultimate goal is to help save lives,” Carrie said. “We don’t want anyone to go through what we had to go through; I never thought I’d lose a child because of drug abuse.”