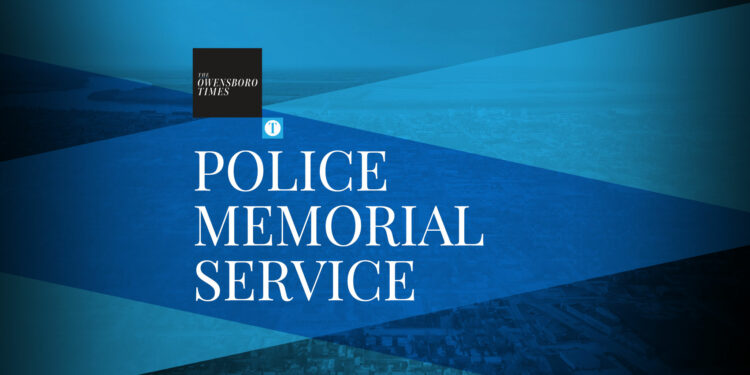 The Fraternal Order of Police Lodge 16 will host its annual Police Memorial service Thursday to honor law enforcement officers who died in the line of duty over the past year. This will be the local FOP’s 35th ceremony and the first since 2019, and takes place during National Police Week.

FOP Memorial Committee member Adam Johnston said it is going to mean so much to have everyone get back together.

“It is important that we get back to living,” he said. “It is unfortunate that we have to have this type of service, but line-of-duty deaths happen and probably always will. We must take the time to remember how the heroes lived, not just how they died. It is the least we can do.”

The event includes a prayer service, special music by various local artists, and a bagpipe and drumline organization known as KYILINDI Pipes & Drums. After the ceremony indoors, everyone moves outside for a 21-gun salute, Taps, and a last call — which signifies the last radio traffic made when an officer is killed in the line of duty.

Johnston said this event is important because a community needs to give thanks and honor the people who protect local communities 24/7/365.

“It is tragic when any life is lost, let alone one that is killed for doing his or her job,” he said.

This year’s keynote speaker is Eric Johnson, Executive Director of Supporting Heroes. Supporting Heroes is an organization based out of Louisville that serves Kentucky, Indiana, and Missouri. They respond instantly upon request once a hero is killed in the line of duty providing support, guidance, and financial assistance to the survivors of the fallen’s family.

“We are gracious for the community support and the support of First Christian Church for hosting it this year,” Johnston said.