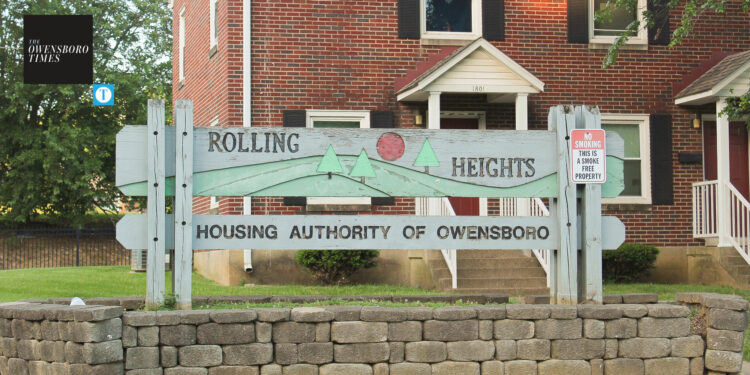 The Housing Authority of Owensboro will be doing a $53 million renovation of the 248 apartments in the Rolling Heights area, with officials saying the plan is to start the work in October.

Shauna Boom, Housing Authority Executive Director, said the majority of the units will undergo a nearly complete renovation where everything except where the walls currently stand will be altered.

The exception is that 12 of the units will be transformed into a handicap-accessible apartment setup. Those units will undergo the same renovations but will require the walls to be moved among with other minor adjustments.

In addition to being repainted, all apartments will be getting new doors, appliances, bathrooms, air conditioning, and heating. All unites will also have metal work done and receive new roofing, shutters, doors, and windows.

This will mark the first renovation since the apartments were built in the 1950s, according to Boom. She said since then, they have been doing “rehab work” to maintain the units — but never anything brand new.

“The people that live up here, all of the clients that we serve, they deserve it. They deserve to have brand new stuff,” Boom said.

Although all units will be renovated, Boom said no resident will be displaced. According to her, the Housing Authority stopped leasing vacant units in December 2021 to help accommodate families during the renovation process.

The plan regarding what order the buildings will be renovated has yet to be finalized, according to Boom.

Boom said they are aiming for the project to begin on Oct. 1.

“Everybody who’s worked with us, and I mean everybody, wants to see this go and succeed,” Boom said.

She said the $53 million will be funded in different ways throughout the project. Boom said the majority of the funding is available because the project is a low-income housing tax credit project in the eyes of the Kentucky Housing Corporation.

The corporation will award the Housing Authority a 4% tax credit after they apply. After that, an investor will step in and purchase tax credits, Boom said. She said they will also take out a manageable loan to cover the remainder of the funds.