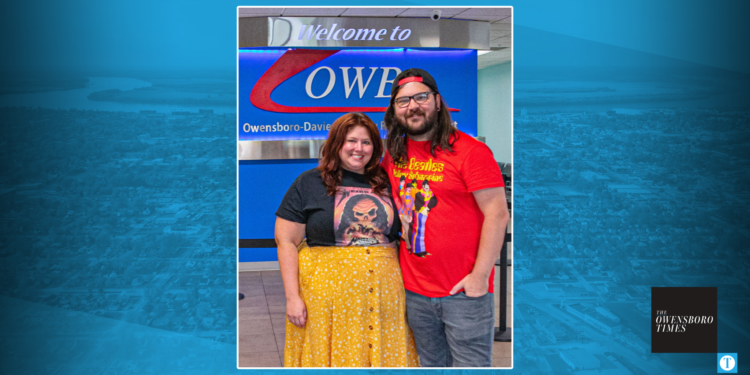 Josiah and Gracie Murphy are flying roundtrip to Orlando for free after winning a ticket giveaway hosted by the Owensboro-Daviess County Regional Airport and sponsored by Owensboro Times. The couple said they are looking forward to a trip to Universal Studios later this year.

Anyone could enter the contest, held July 19-29 on the airport’s Facebook page, by tagging a friend and sharing the post.

“It was on Facebook and (Gracie) saw it and shared it,” Josiah said. “I obliged her and I was like, ‘hey, that would be really cool.’ I was shocked when we got picked. We don’t ever win these kinds of things.”

Gracie said they made their first trip to Orlando last year. They wanted to go back, so having their airfare covered gave them a reason to book the trip.

“We love Disney World, and we’ve always wanted to go to Universal Studios, so there was an opportunity to save some money doing that,” she said.

To learn more about prices and flight times, visit the airport’s website flyowb.com.