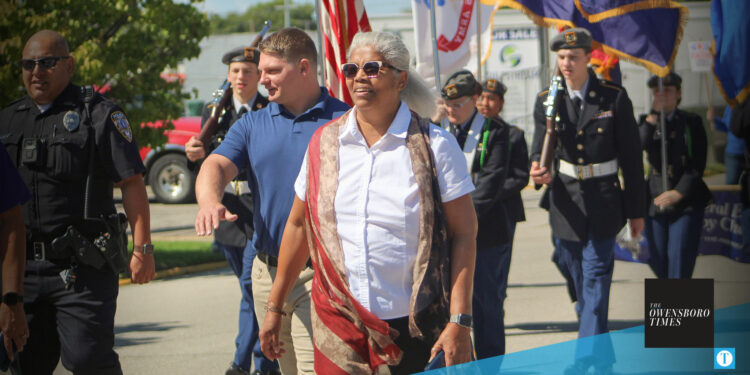 After 20 years of hosting the annual Freedom Walk commemorating the lives of civilians and first responders lost during the Sept. 11 attacks, event organizer Pamela Smith-Wright announced she is stepping down from the position.

“I have learned so much during these 20 years about respect, love, and caring for our country and our children [through this annual walk],” Smith-Wright said.

The walk was initially started in 2002 on the first anniversary of the attacks. She said it is important that communities around the country still unite to showcase support for those lost.

In remembering 9/11, Smith-Wright said she noticed that first responders shifted to heroes. And today, the importance of police, medical responders, and firefighters is just as high as in 2001, to Smith-Wright.

“It was amazing, so it’s just a way that we can say thank you to these men and women who do this every day and think nothing about it,” Smith-Wright said.

She said 21 years after the attacks, the differences amongst the people in the community are set aside for events like this one.

“We have the younger generation with the color guards. We have different races and all ages of people that come together for this particular thing because they understand the importance of us as a solid unit for our country,” she said.

Going forward, she said the AmVets Post #119 will continue to host the annual walk. While she passes the planning down to someone younger in the post, she said this won’t be her last march as she will now enjoy the walk alongside them.