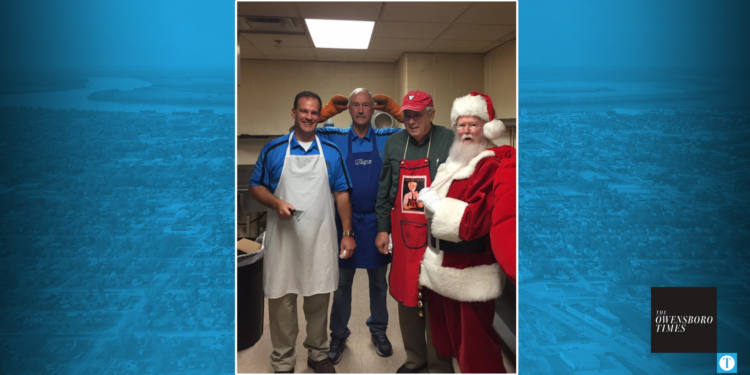 The Owensboro Lions Club will host its annual Free Breakfast with Santa this Saturday at Settle Memorial United Methodist Church. The event will run from 8-11 a.m. at 201 East Fourth Street and will offer ample opportunities for the little ones to chat with the big guy.

The club has offered the event for nearly half a century, offering complimentary breakfast and encouraging kids to share their Christmas list with Santa. Local Lions Club past president Brian Cecil said there would also be ample photo opportunities.

“We’ve been doing this for a long time with one goal: putting smiles on kids’ faces and feeding families,” Cecil said. “We know there are several options to visit Santa, and we’re honored the community has supported this event for so long.”

The event is free to the public, and while donations are welcome, they certainly aren’t required. Cecil said the group simply desires to bring kids in to meet Santa and to serve a good breakfast.

On June 19, 1920, the local club was chartered with Judge George N. Wilson Sr. serving as the first president. The club is the third-oldest and one of the largest in the state.

“Through the years, the Lions have held many fundraising events, from putting on horse shows every year to today, where we have our local soapbox derby races,” he said. “We also have park benches throughout Owensboro and have the ringing of bells, just to name a few.”

The Lions also award five local scholarships annually and assist in funding two local family resource centers for the school systems. Additionally, they sponsor the local help office and run an eyeglasses program to assist those with vision needs in the community.

The name Lions is derived from the association’s slogan, “liberty, intelligence, our nation’s safety,” and they operate under the motto of “we serve.”

The Owensboro Lion’s Club is actively searching for new members. Anyone interested can visit owensborolions.com.

“We have a great group of Lions in our club, with most of them being members for 10+ years and many for 20+ years,” Cecil said. “It’s gratifying and fun to give back to our community, and breakfast with Santa is just one way we do so.”