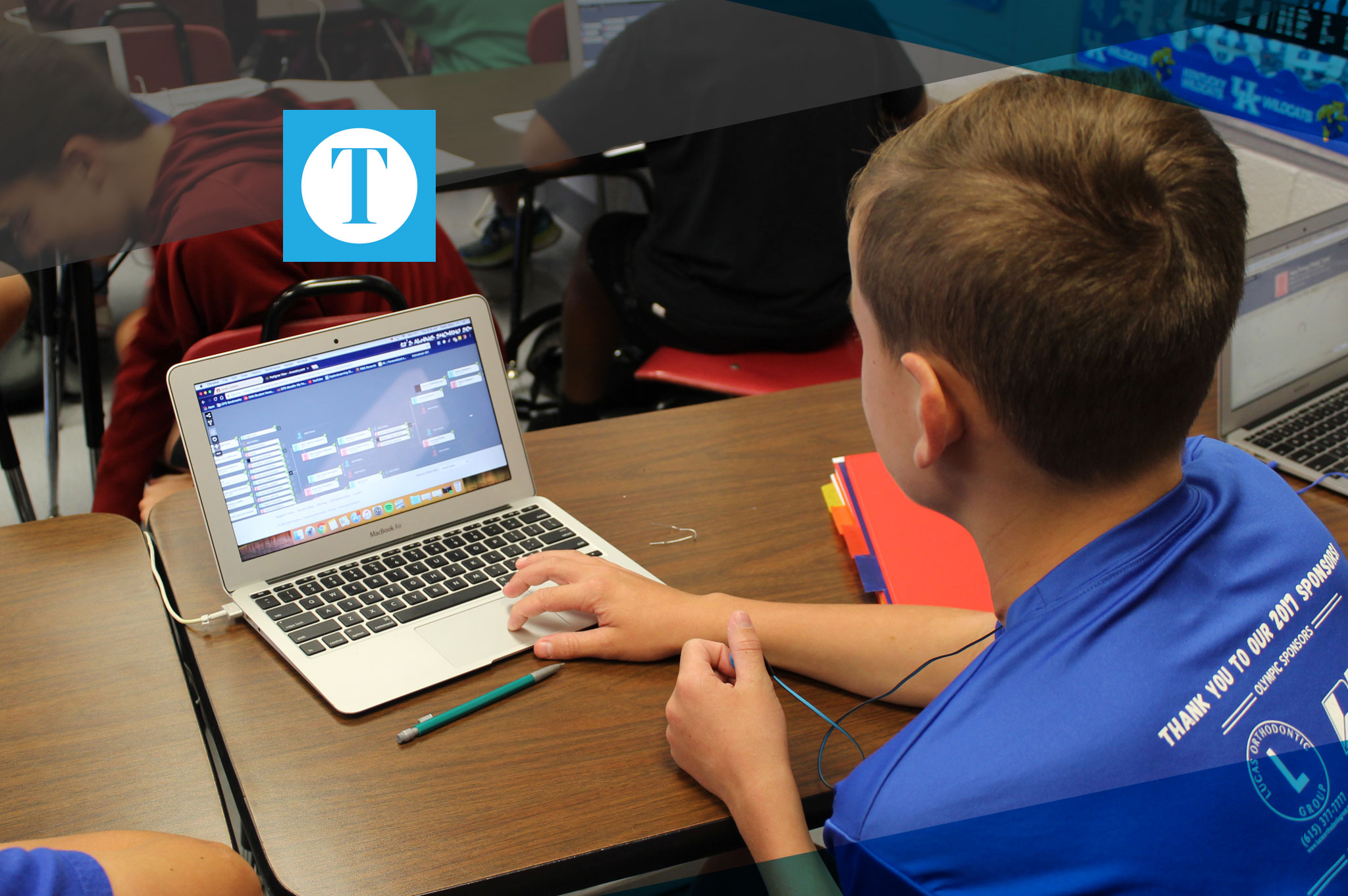 Durham applied for a grant through Ancestry.com and for this school year, her students can access the website to build their family histories. Prior to beginning the assignment, Durham asked parents to give permission for the sensitive project.

“My biggest goal is for students to make personal connections,” said Durham. “It’s not all black or white.”

Durham was referring to the polarizing world of middle school students she has observed, where someone is either “good” or “bad.” By learning about familial relations, several students have found slave owners in their family line, which has led to class discussions about history and what has transpired with time. Durham hopes that delving into in the family history — good and bad — will allow more conversations among classmates.

Jacob O’Bryan, one of Durham’s students, found that his lineage traced back to Col. Joshua Fry who was once Governor of Virginia. O’Bryan then found that while Fry was fighting in a battle, he was bucked from a horse and shot, allowing his second-in-command, George Washington, to take over.

“Can you imagine what could have happened in his [O’Bryan’s] history if Fry hadn’t been shot off the horse?” Durham said.

Gus Cecil, another student working on his genealogy, said he was learning about his grandfather’s side of the family.

“They were in Alabama, Virginia, all over the country. I didn’t even know about my dad’s side,” Cecil said.

The last census records released were in 1940, and they go back to 1860 with names. Prior to this, African Americans and women were not listed, which has made some of the searches difficult.

“It is not a pure science,” Durham said.

One student, Hayden Pierson, has found many similarities in what he is researching on Ancestry.com and what his grandfather found in his genealogy research.

Students have also found families that had soldiers on both sides of the Civil War, prompting several discussions relating back to the polarization of thinking. Students are also making connections to future historical learning.

Since the grant is available for the year, and students have been so receptive to the free family history available online during school hours, Durham is considering an after-school program in the spring.

“We have a big Immigration Day at OMS, and I hope to tie this in,” Durham said.

She hopes the students will represent the countries they descended from for the day, now that they have traced their lineage.

Rarely talking to his peers while working on this project, except to share something on his screen, O’Bryan explained, “You can get lost in it.”