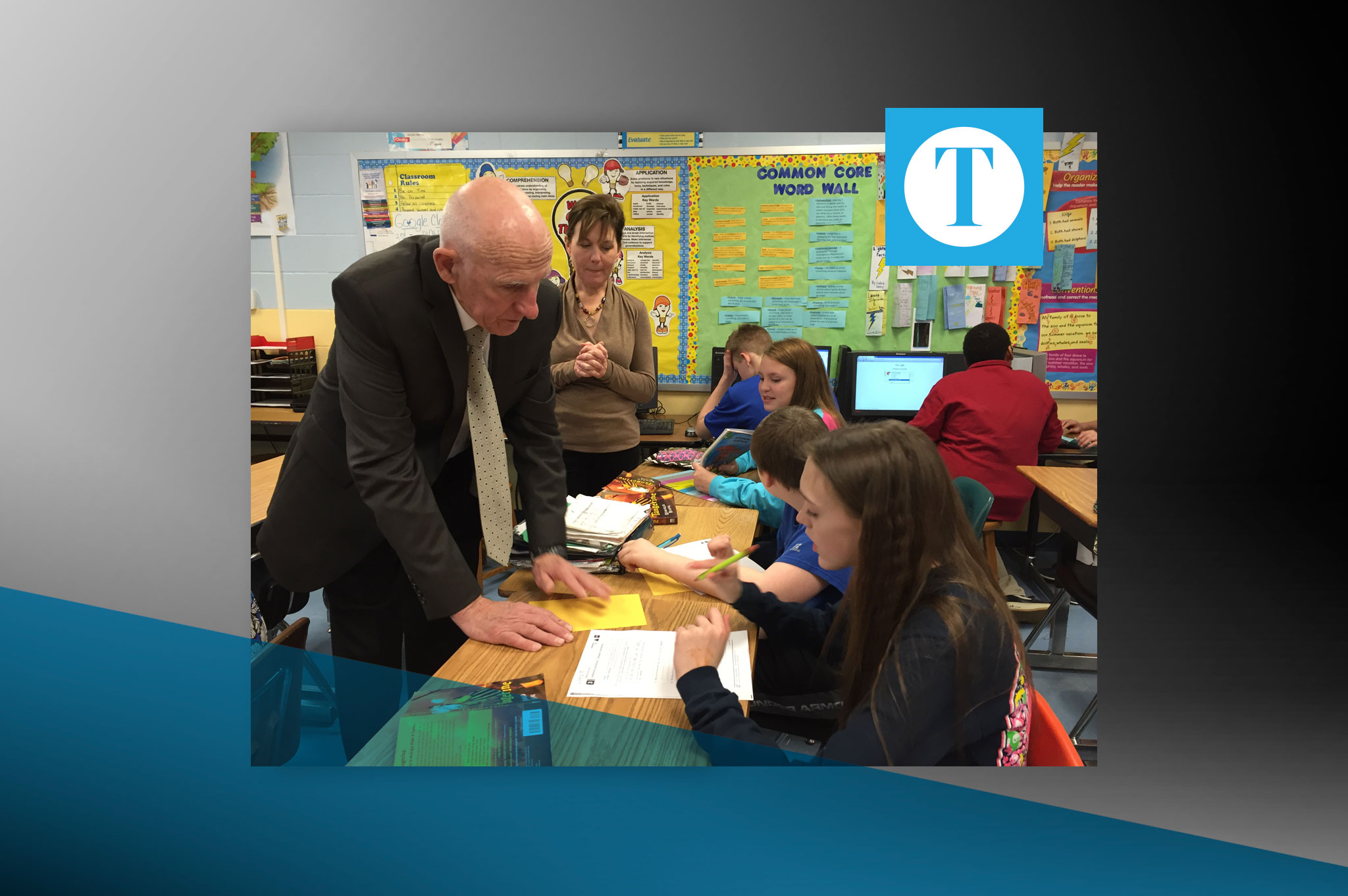 On Thursday, Sept. 20, Mike Clark announced to the Daviess County School Board that it would be his last meeting.

“My wife and I are downsizing a little bit, “ Clark said. “Our new residence is outside of the voting district that elected me.”

DCPS Superintendent Matt Robbins said that, by law, a person who changes personal addresses outside of the voting district must resign, making Clark’s official resignation effective at 4:30 p.m. Tuesday, Oct. 2.

Robbins said Clark’s seat on the school board is up for election in November and James Morgan has filed without opposition to fulfill the school board member seat. Once Clark’s resignation has taken effect, Robbins will speak to the board about naming a new chair and additional officers.

“We do not need to go a period of time without a chairperson being named to that position,” Robbins said.

While he intends to care of the business at hand, Robbins voiced great admiration for Clark’s years of dedication to education and public service.

“Mr. Clark has served the DCPS as a teacher and an administrator for well over 30 years,” Robbins said. “Prior to that, he served in other districts around the country. After retiring, he served as principal, and completed almost eight years of service on the school board. He has completed many decades of service in the field of education which is admirable in terms of his commitment to public service.”

Clark said that he has been blessed to have a lifetime of diverse experiences in education.

“When I first started doing school I was at a boarding school for boys outside of Detroit, Michigan,” Clark said. “It was a wonderful year because I got to know some kids whose lives were a mess and I got to make a difference.”

After that, Clark immersed himself in the impoverished culture of West Africa and then the esteemed culture of a college preparatory school for boys preparing to attend Notre Dame.

For the last 16 years, Clark has served as co-founder of Dream Riders of Kentucky, an area non-profit that provides therapeutic horseback riding services to disabled children and adults. The parent of a child with a disability, Clark said he has “made a commitment to help those people that have a disability have abilities.”

When asked if he would be able to walk away and not be involved after over 30 years in education, Clark’s answer was simple.

“If I’m needed, I will be there,” Clark said. “This is one of the best places in the world you could serve as a school board member. They are always doing what’s best for kids and serving kids.”

Home » Features » Education » Clark to step down from school board, leaving behind legacy of service