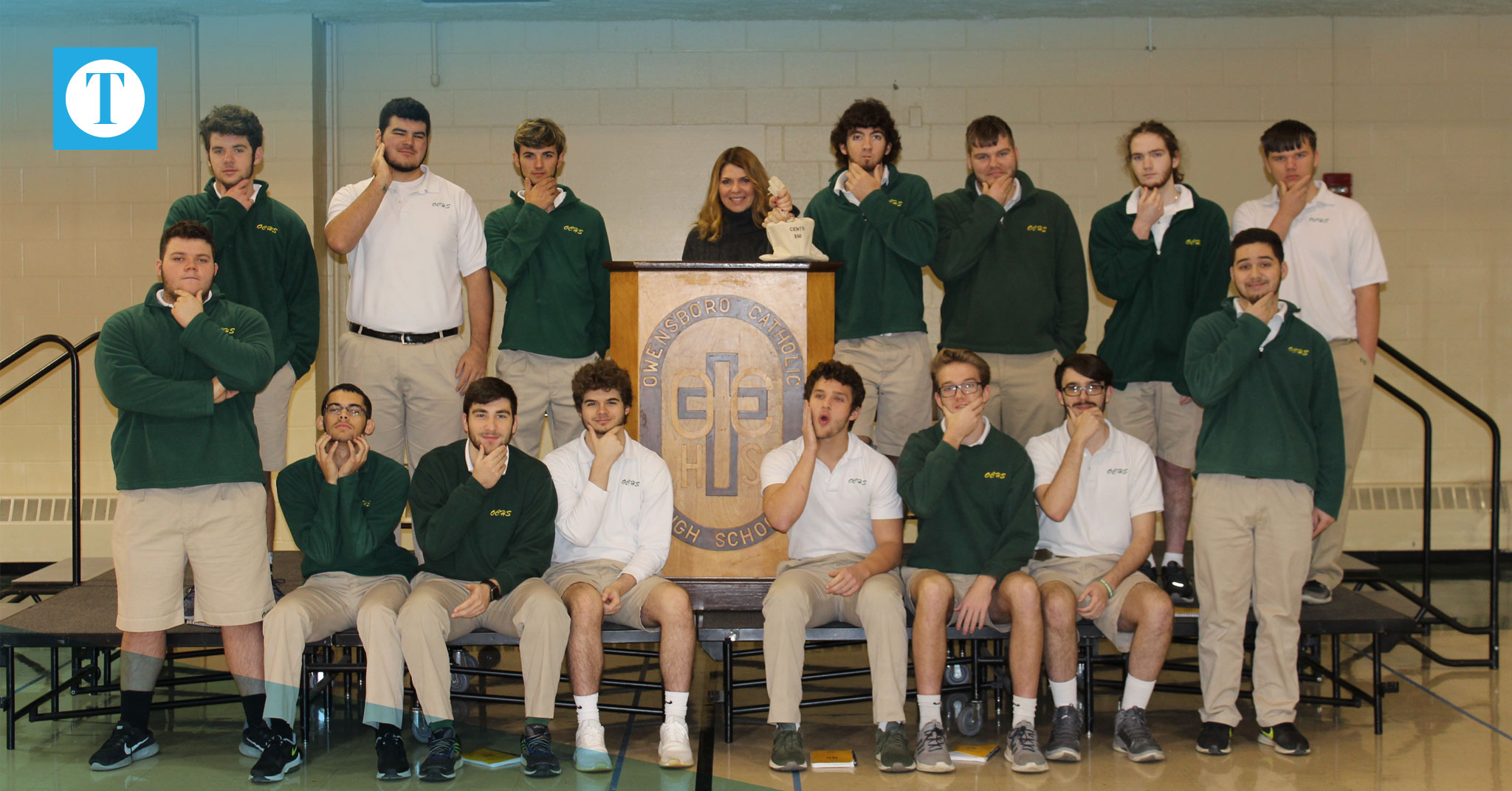 The best of the beards at OCHS. | Photo by Owensboro Times

Owensboro Catholic High School has started what could become a new tradition, according to principal Gates Settle. This year, to go along with their key teaching on service and helping others and the community, OCHS staff decided to combine something fun for students with a fundraiser. And No Shave November began for OCHS students.

OCHS has a strict no facial hair policy, according to Settle, and when the announcement was made at a pep rally, there was a strong response in support of this.

“It was like an eruption,” said assistant principal Kurt Osborne.

To be fair to girls — and guys that have a hard time growing facial hair –the school also decided to introduce another fundraising idea, a no uniform on Monday policy during November.

Proceeds from the fundraiser will go to CrossRoads, a community day center for the homeless and a walk-in overnight emergency shelter for women and children.

“We already combine service — student council does Stuff the Bus, we have Socktober, a Thanksgiving food drive,” Settle said, discussing the importance of service.

During the last week, homeroom classes nominated who had the best beard and students are now donating in a penny war to see who receives the most penny votes. The penny donations will be shared in conjunction with the two fundraisers.

“It’s been a lot of fun,” said Beau Ingram, a senior who was nominated for his month’s growth. “There have been some popular votes, but people are still voting for who has the best beard.”

The winner will be announced next Thursday after Mass and the picture will go in the yearbook, according to Settle.

“This is the first time they have been able to have a beard,” Settle said, but he doesn’t think this will be the last.

Junior Michael Keller hopes this is a yearly tradition as he doesn’t shave in the summer, so he already knew what he would be able to grow.

“We’re doing it for the beard,” said Ingram.