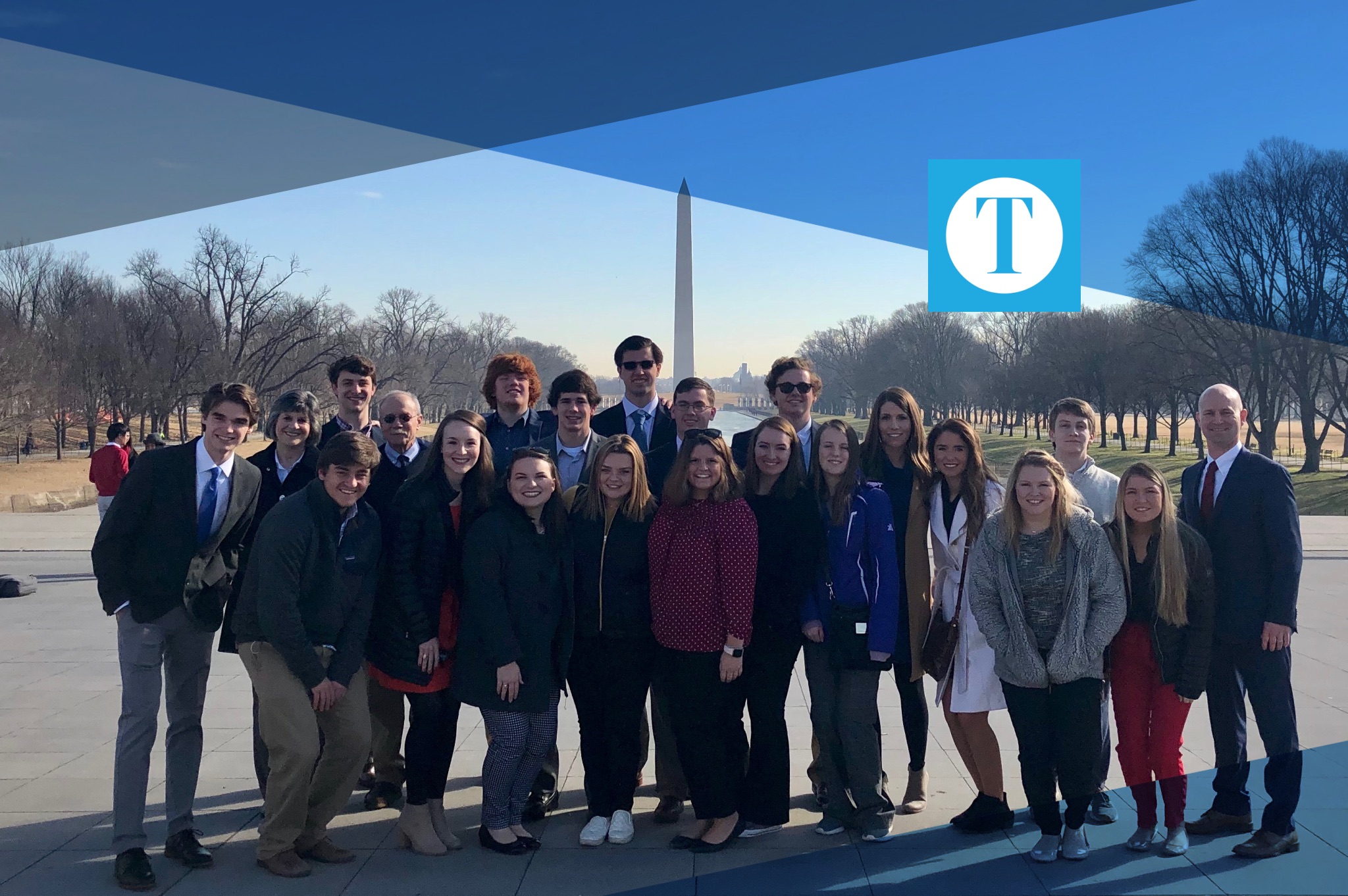 For four years, Statesmanship Academy participants have studied the different levels of government and the different policy issues at each level, with this trip culminating their in-depth work.

Over the weekend, students visited Arlington National Cemetery to watch the changing of the guard, the Newseum, the Holocaust Museum, the African American History Museum and several national monuments.

The formal discussions over lunch included the importance of civility, cooperation and compromise in the government, the three cornerstones of the Statesmanship Academy. Discussions centered around contemporary politics, leadership and the media’s role in government, especially in regard to politics, according to Elizabeth Griffith, Executive Director of the Wendell H. Ford Government Education Center.

Griffith said that students asked the former congressmen for their advice on what they should do or become involved in if they have aspirations to run for office someday. Students also asked how they could become involved in healing the political divide and encouraging civility for future generations.

Owensboro High School senior Austin Sovar said that he enjoyed this meeting the most, because he appreciated Forbes’ explanation of being strategically minded.

“He believes that it’s important not to be so reactionary and to take time on decisions, looking towards the future as well as the present,” Sovar said. “Each of them explained the friendly relations between parties within the Capitol. This perfectly represents the Wendell Ford Statesmanship Academy.”

Mangas also talked to students about his time with Ford and the role Mangas played in his office.

“It is such a great opportunity for our students to hear from Rob about the legacy of Sen. Ford since these students never had a chance to interact with the senator,” Griffith said. “They get to hear about the policy he worked so hard on that is still relevant to us today as well as the personal stories from the staff that Sen. Ford considered his family.”

On Tuesday, the day of President Trump’s State of the Union address, students toured the White House before meeting with Senate Majority Leader Mitch McConnell and Representative Brett Guthrie at the Capitol. McConnell spoke with the students about bipartisanship and importance of public service and civic engagement.

“Our trip to Washington DC captivated all that the Statesmanship Academy has taught within my four years in the program,” said Apollo senior Grace Bush. “I could not have imagined a better first trip to our nation’s capitol with friends and mentors that have made a strong impact on my life.”

Students will attend an upcoming final session before completion of the Statesmanship Academy.