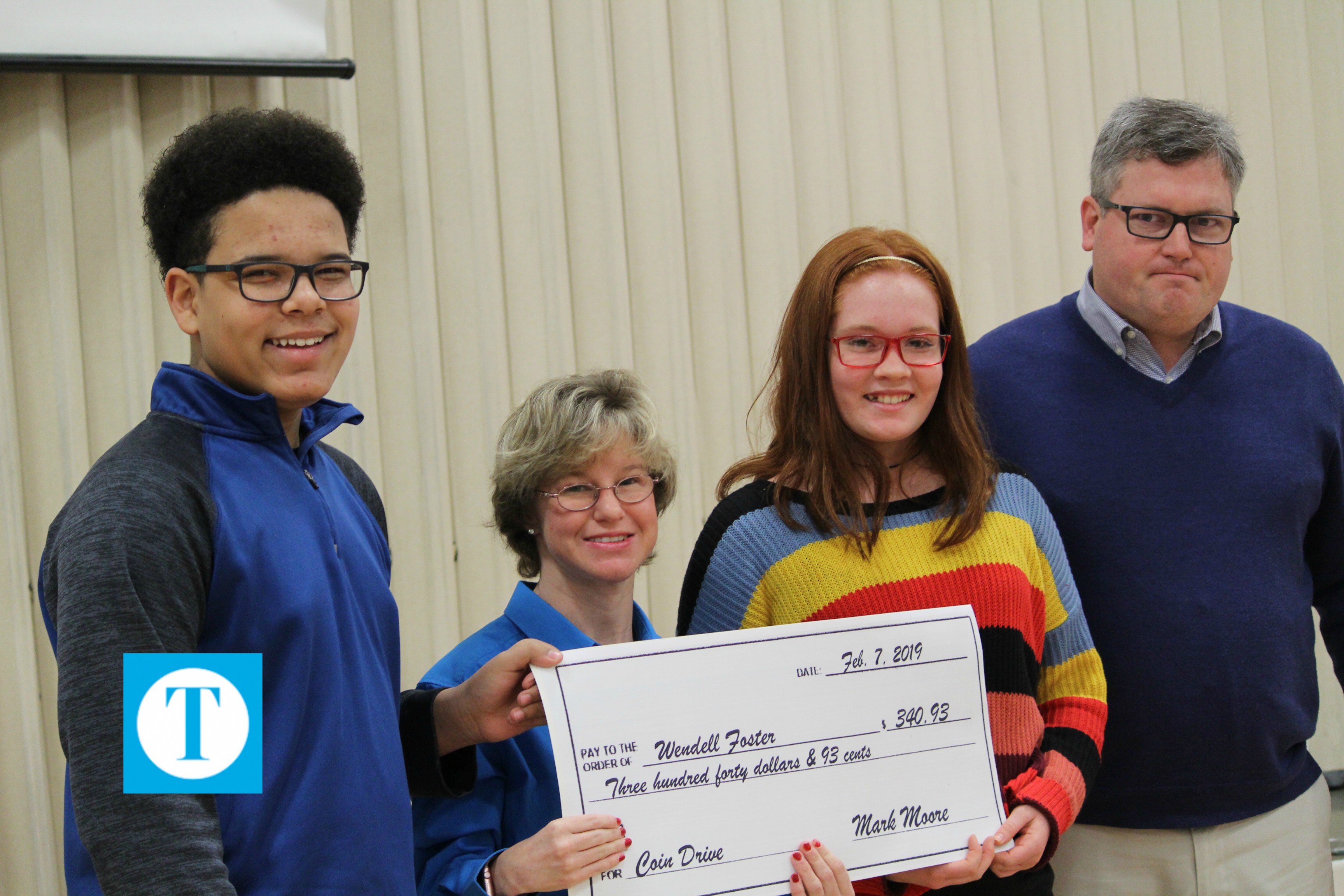 After a presentation by Wendell Foster’s “Respect Starts Now” campaign, students at Owensboro Middle School South were inspired to give back. Following a coin drive fundraiser initiated by a group of sixth-graders, students presented a check for $340.93 to Lesley Blake with Wendell Foster, who was one of two presenters in the campaign.

Grade-level teams competed to see who could raise the most money. Thursday morning, the students anxiously awaited principal Mark Moore’s announcement of the winning teams prior to the check presentation.

Roxanne Pickrell was one of the students who was impacted by the presentation. She said she liked the ideas presented by Wendell Foster about not judging people based on appearance.

Even though she was not on either of the two winning teams, she was still pleased with the results.

“I grabbed change at home and brought it in a bag,” Pickrell said. “Every little difference counts.”

Mylin Christian used his connection with Wendell Foster as motivation for the coin drive. His sister receives therapy weekly at the campus and that was what drove him to inspire his team to contribute.

“I was on the second team,” Christian said, proud of his team’s win.

Blake was pleased with the students’ initiative and voiced her appreciation to the sixth-graders prior to accepting the check.