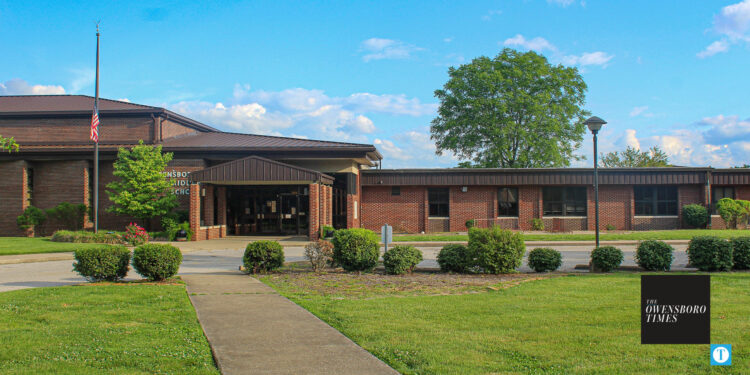 During their meeting Tuesday, the OPS Board of Education approved the maintenance department to begin sketching schematics for the renovation of OMS. The project will be done in multiple phases, with the first costing $8.8 million and funded through a Block Grant.

Chris Bozarth, OPS Director of Maintenance & Technology, said the approval grants the preliminary stage of the renovation and also sets a precedent that the board will approve every step along the way.

While no plans have been made yet, Bozarth said that the renovation will take 12-18 months due to the size of the building and logistics with students.

“We do that for multiple reasons for financing, but also logistically we’re just not able to take all the middle school kids and put them somewhere while we renovate,” Superintendent Dr. Matthew Constant said.

Renovations to athletic facilities will follow in a similar timeline and phased approach. The Board approved the preliminary steps for the athletic facilities, and thought there have been proposals there are no definitive or approved plans yet on what will be altered at Shifley Park and Rash Stadium.

Constant noted that the funding will be different than the OMS renovation.

“We intend to touch on a lot of what is at both of those locations, and one of the underlying motivations to do this work is to make things safer for students both on the competitive fields, but also in the stands,” Constant said.

The ongoing construction at Cravens was also addressed during the meeting. Work at Cravens — namely renovating classrooms — should speed up with the school year over and now more students in the buildings.

Jared Revlett, OPS Public Information Officer, said the classrooms and gymnasium are slated to be finished by the start of the 2022-23 school year. He said the schedule currently projects the Media Center and Family Resource Center to still need work during the school year but finished in the fall.

“All classrooms will be finished by the time school starts and the gym will look somewhat like Newton Parrish and Sutton. There will be a stage where the choir and dance classes can practice and perform if they wanted to,” Revlett said.