Lora Wimsatt was joined by several friends and colleagues Friday afternoon to celebrate her upcoming retirement following a 20-year career as Public Information Officer with Daviess County Public Schools. That was preceded by a long career as a writer at the newspaper. Wimsatt wrote a column to share her appreciation for the opportunities, as well as share some advice she learned along the way.

The following was written by Wimsatt:

The years, they do fly by. Forty-seven of them, to be exact.

And now I have reached the Promised Land called “retirement.”

It’s somewhat of a bittersweet experience. I am keenly aware of how fortunate I am to have had such a positive and rewarding employment experience, but now it’s time to turn the reins over to a younger, more visionary, enthusiastic and talented generation.

But before I go, there are a few words of appreciation and advice I want to pass along.

First, I extend sincere thanks to the Hager family – Mr. Lawrence, John and Larry – for nurturing an environment in which a high school kid with no special skills or talents could be mentored and encouraged to grow and learn, and embrace new responsibilities in doing work that was important and made a difference.

I loved working at the newspaper, but after 27 years, it was time for a new challenge, and so 20 years ago, I took a chance on applying for a position with the Daviess County Public Schools district – and they took a chance on me.

If only in my own mind, I acknowledged the irony of working for an organization dedicated to education, because I knew how very much I had to learn. Thankfully, there were many people along the way who demonstrated kindness and patience in teaching me everything I needed to know … and offered grace on the many occasions when I just figured things out for myself.

Along the way, I not only learned how to do my actual job (more or less, anyway) but I also learned some valuable lessons that are relevant for everyone, regardless of the work they do.

So if you will allow me the privilege, I’d like to share just a few of those “lessons learned” … including the ones I learned the hard way.

• This quote was shared with me only a few months ago, but it summarizes my entire philosophy of working: “How you view what you do will always affect how you do what you do.” (Credit to Tim Gray and his Mom.) This one thing is so simple and yet so powerful.

I remember being in a – well, let’s call it a discussion – with a former boss many years ago. At some point in the “conversation” he threw up his hands and said in frustration, “Lora, you act like your job is the most important one in the world.”

Well, yes. I did. And I told him so. And I also told him that if he was lucky, every single employee in the place felt the same way about their jobs.

So look around at whatever it is you’re doing, find the value in it, and dedicate your energy and effort as if it were the most important job in the world. Because it is.

• Treat everyone with respect and kindness. Give every interaction with another person the time it deserves. One of the greatest pieces of advice I ever received was from my boss Matt Robbins, who loved me enough to say, “Lora, you’re all horn and no brake.” He reminded me to slow down, nurture relationships and remember that even if you have the most important job in the world, it’s never more important than the people we encounter along the way.

• Take the time and live your life. Even if you really do have the most important job in the world, it’s still a job; it’s not your life. I’ve known too many people who defined themselves by what they did, only to find themselves lost and unraveled when they were separated from their work. Go home at the end of the day. Turn it off on the weekends. Take the vacation days. It’s fine to schedule vacations during the seasons that are least busy at work so you don’t have to come back to a mountain of stuff piled up on your desk or in your inbox, but vacation days are not a gift; they are yours, and you’ve earned them.

• The “best” days I’ve ever had at work have been, in a very real way, the “worst” days for someone else. That’s when they needed me most. As awful, stressful and exhausting as those days are, they are also the most rewarding. When there is an opportunity to support and assist someone during a time of emergency or disaster – that’s when you discover that you really do have the most important job in the world.

As I look back over 47 years of my working career, I am thankful for all the people who saw some glimmer of potential in me and allowed me the opportunity to try something I had never done before (which was pretty much everything). Some gave me wings, some gave me roots, and some gave me a place to belong at all points in between.

And now – I’m going to get started on what I believe really IS the most important job in the world. 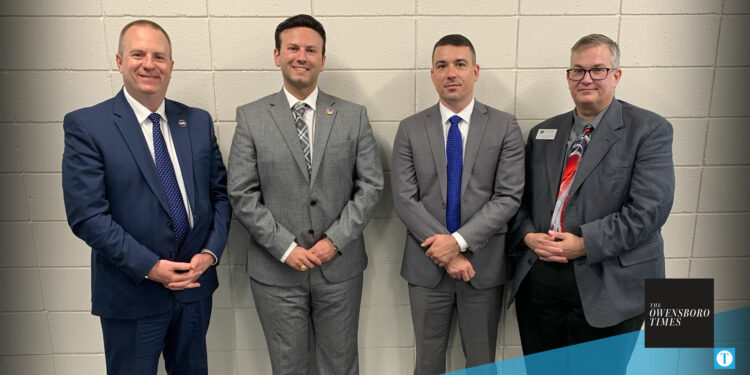