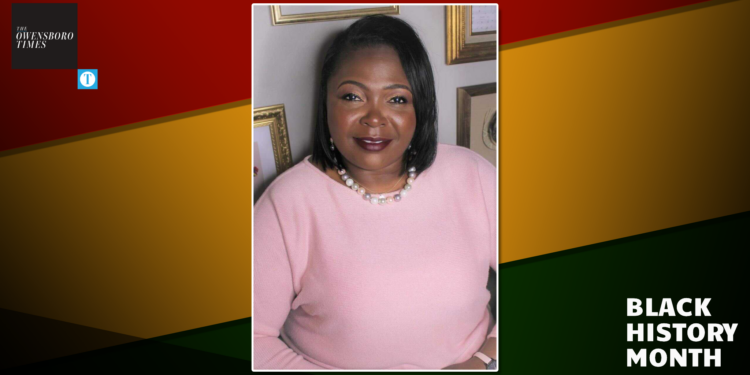 Black History Month exists so we honor and celebrate the historical moments of the past within the Black community and due to years of disenfranchisement, historical moments can come as recent as 2007 when Rev. Rhondalyn Randolph became a trailblazer for women in the ministry.

Up until 2007, there weren’t any Black female pastors leading Baptist churches in Western Kentucky.

Randolph — who had no official teaching — knew that one thing was called for the position: a desire to impact the community she served.

When she started leading Pleasant Point Missionary Baptist Church in mid-2007, she said that though reminding herself that fact mixed with a lot of prayer from her family she was able to get through the backlash that would arise.

“I realized the way I was being treated was the same way white folks treated Black folks when they were being discriminated against,” Randolph said.

However, the people that were treating her disrespectfully this time included other Black people. Many didn’t think a woman had a place in the ministry — even some who just believed that women leading was unbiblical.

Even to the point that some would come to her home and lament about how she would go to hell for thinking she could lead.

“I bring this up as a reminder that you can’t be scared,” Randolph said. “You can’t walk in fear, because fear is the opposite of faith. You got to choose which you’re going to believe, faith or fear. Fear robs you of your peace of mind, it causes confusion and it’s all negative.”

“Why would I put my energy into something like that?”

With that in mind, she knew that the road ahead of her was hard to pave, however, she knew she must remain steadfast to the mission God gave to her.

And she realized that her qualifications to lead an organization often come into question by outsiders.

Randolph was born in Madisonville and had a brief stint in Owensboro as a child going to Burns Middle School. Eventually, she moved off and when it came to finding a good place to raise her kids, she made the trip back.

Every step along the way, she felt she had to follow commands that God placed on her heart. Much like with ministry, she knew she wanted to make a difference in the community around her.

For Randolph, she knew her desire to impact the community was ultimately was influenced by her desire to be the embodiment of love.

So she took that opportunity to the NAACP. After an instant that she needed some help with from the organization, a colleague had called her back to keep attending meetings, and eventually lead.

She said at the time in 2013, someone wanted to step forward and lead in the position.

“When it comes to things like this, it’s not about titles; it’s about your heart and it’s about your desire to want to make a difference,” she said. “I really care about my community, because I care about the legacy and the future that I leave behind for my children, and for other people. I want it to be better.”

And that decision was met with a similar backlash: she wasn’t qualified — education-wise at least. And the solution was to have a co-president, just to ensure that she had someone capable of helping.

She said the previous president had to intervene and remind the group that education and other feeble matters didn’t disqualify her from leading. And that a co-president had never existed and won’t be effective.

As president of the NAACP, she has been able to provide scholarships, service hours and many other ways to the community all because she wants to help lay the foundation for those to come and help fix problems that may exist.

“If I’m not part of the solution, then I’m part of a problem,” Randolph said frankly.

She recalled that she never became pastor or president because she had the desire to hold the position. She said God would stir a spirit to want to create change with a problem that she could solve and it would better the community.

She said that moments like the scholarship and opportunities to give back, ultimately are vital for the community.

Getting people involved, of all backgrounds, is equally as important to Randolph because with that comes with benefits throughout. She notes there should be more minority teachers in schools, more in City Hall and management positions throughout the community.

And if there aren’t, she said we have to make our own opportunities to reach those spots.

“You have to really put in your work and you have to follow those leads on your own. You have to forge your own way — for lack of better words. And if the opportunity is not given to you, then you have to start creating your own opportunities. And don’t wait for people to give you anything, you have to create your own,” Randolph said.

Home » Life » ‘If I’m not a part of the solution, I am the problem;’ Rev. Randolph paves her own path