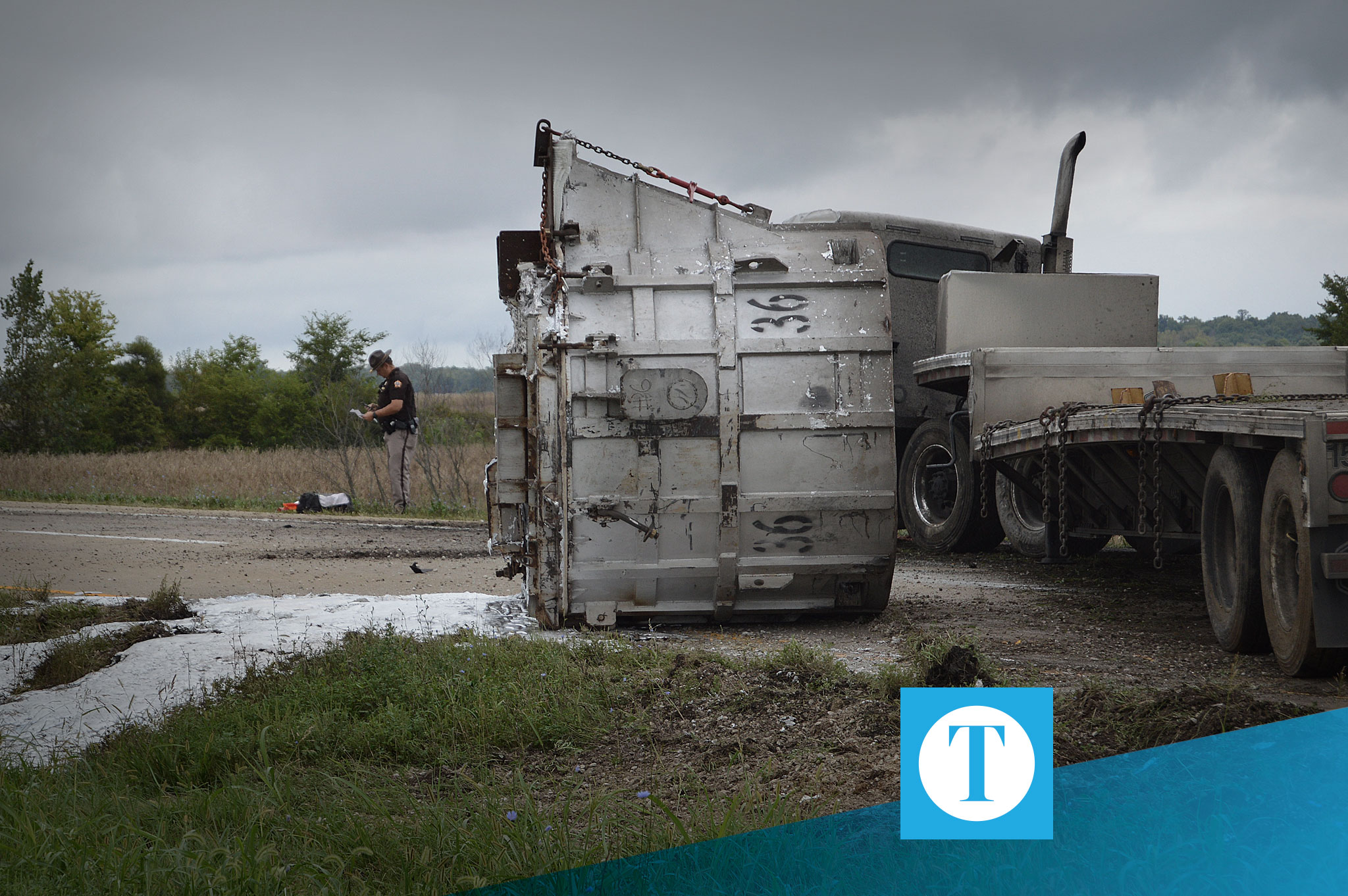 UPDATE:  Site is CLEARED.  All lanes are OPEN.

The cleanup of the semi crash blocking northbound lanes of US 231 near the 12-mile marker in Daviess County at 2:00 p.m., now has an estimated duration of one hour.

The crew on site indicates work is progressing. US 231 NORTHBOUND remains blocked between the US 60 intersection and the William Natcher Bridge.

KYTC personnel have indicated damage to the pavement is fairly minor and can be repaired.

According to Shaun Blandford, assistant fire chief for the Daviess County Fire Department, at 7:10 a.m. this morning emergency crews were dispatched to an accident with injuries at the intersection of US 231 N and Hwy. 60 E. When crews arrived on the scene they found a passenger car off of the roadway, and a semi-truck carrying molten aluminum overturned in the northbound lane of Hwy 60.

The drivers of both vehicles were transported to Owensboro Health with non-life-threatening injuries.

The crash is blocking the northbound lanes of US 231 near the 12-mile marker in Daviess County. This is along US 231 just north of the US 60 intersection near the Natcher Bridge and blocks northbound access to the bridge into Indiana.

Northbound access to the Natcher Bridge via US 231 is blocked and likely to continue to be blocked for another four hours. US 60 remains open at the intersection with east and west access open between Owensboro and Lewisport.

The suggested detour is via the KY 2262 Ohio River “Blue” Bridge in downtown Owensboro, or the KY 69 Ohio River Bridge at Hawesville.

According to the KTC, this is the second truck to crash in the last six months carrying molten aluminum. Emergency crews learned from the last incident how to work with this substance. According to Blandford, the temperature of the liquid substance is an estimated eight thousand degrees and cannot be sprayed with water and must be given time to dry before scraping off in one piece.

The DCFD and emergency crews have been on the scene for two hours, and anticipate three more as they wait for the aluminum substance to solidify for removal. For this reason, the estimated duration for clean-up is about four hours or around 12 p.m.

The accident is currently under investigation.

Timely traffic advisories for the 11 counties of KYTC Highway District 2 are available by going to www.facebook.com/kytcdistrict2. You do not have to be a Facebook member to access this page.