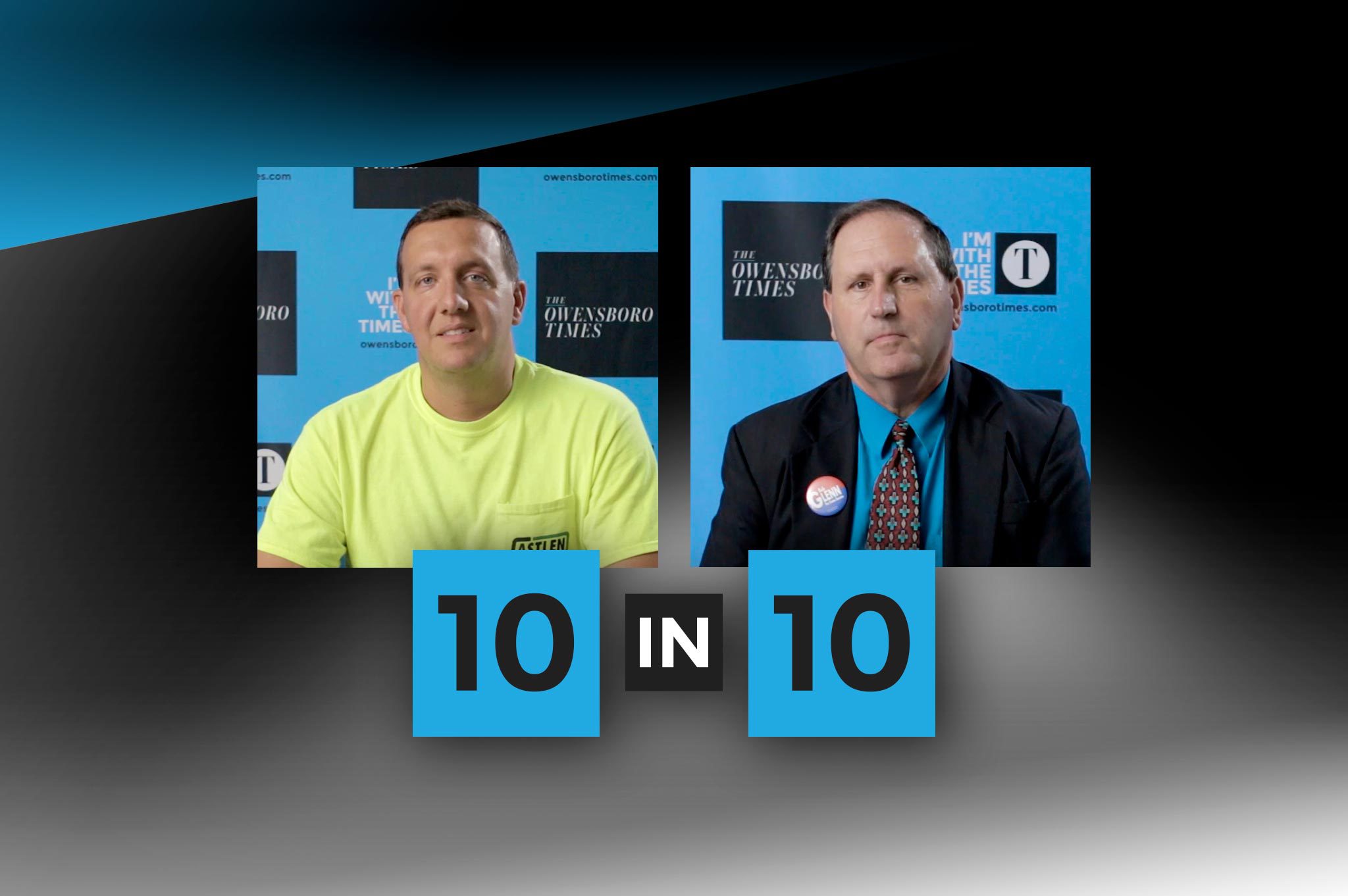 With Senator Joe Bowen retiring, two Owensboro men are running for Kentucky’s 8th district State Senate seat. Owensboro Times sat down with the two candidates for the first of our 10 in 10 video series covering the 2018 election season. The format is simple — 10 questions that the candidates must answer in 10 seconds. Questions cover their political platforms, their backgrounds and fun questions, like their favorite flavor of ice cream.

Matt Castlen currently represents the 14th District which includes East Daviess County and Ohio County. Castlen grew up working on the family farm in Daviess County. After graduating from Daviess County High School, Castlen put his American Welding Society welding degree from Owensboro Community and Technical College to work welding in a shop in his backyard.

Matt is married to Laura and together they have two children. In 2009, Matt and Laura formed Castlen Steel. Since then, they have diversified and expanded their company to include a new 92-acre transloading facility on the former Green River Steel property on the Ohio River.

Bob Glenn is a long-time resident of Owensboro and Daviess County. He is married with two children, is a long-time educator, a deeply committed public servant, and a tireless advocate for the community.

As a longtime Professor of Communication at Owensboro Community and Technical College, Glenn witnesses the positive impact of public education upon our community every day. Glenn is currently completing his third term as an Owensboro City Commissioner (2012-Present) and in 2016, he was elected Mayor Pro Tem by earning the most votes among 10 challengers.