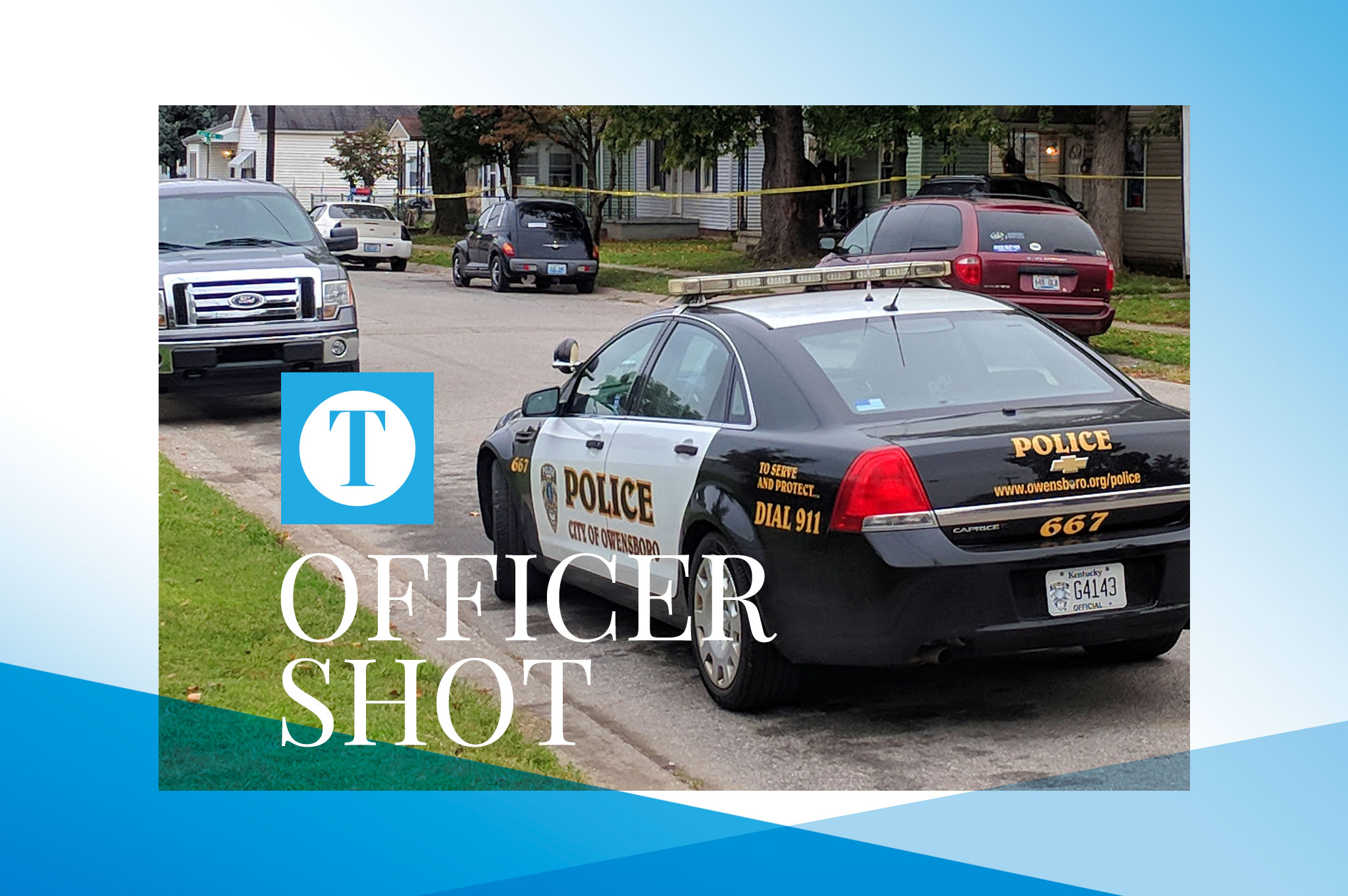 Kentucky State Police detectives determined Officer Morris did discharge his department-issued pistol during the incident but no one was hit.

The detained homeowner has been released and is back home at this time.

The preliminary investigation revealed that around 5:30 a.m. this morning, Owensboro Police Officer Zachary Morris, 23 of Owensboro, responded to a call of a suspicious person possibly breaking into parked vehicles in the area of Hathaway and 6th Street in Owensboro.

Morris arrived in the area and observed a person matching the description. The suspect fled on foot and Morris gave chase.

Officer Morris lost sight of the fleeing suspect behind some houses in the 500 block of Hathaway Street. As the officer was checking a fenced-in area at 522 Hathaway, the homeowner of the residence shot at Officer Morris striking him.

Officer Morris was wearing a ballistic vest but was struck in the lower abdominal area. He is at Owensboro Health Regional Hospital recovering from emergency surgery and is in good condition.

Morris is a two-year veteran of Owensboro Police Department and is assigned to patrol.

At this point, KSP’s Critical Incident Response Team (CIRT) is helping detectives determine what role participants had. The homeowner was detained for questioning and no charges have been filed.

All other events leading up to this incident is being investigated by Owensboro Police Department Criminal Unit.

According to Kentucky State Police officer Corey King, a call came in about a suspicious person in the alleyway this morning. When OPD arrived on scene, the person fled on foot with OPD on foot pursuit.

The officer lost sight of the individual and began a search in and around a homeowner’s backyard. It is believed that the homeowner saw someone in or around their backyard and shot at the officer, “not knowing he was an officer.”

According to Officer King, the injured officer’s vest was hit, but a fragment is still believed to have struck the officer. The officer was transported to Owensboro Health Regional Hospital where he was taken to surgery. His condition is unknown at this time.

The homeowner is not under arrest at this time, but he is still at the police station for questioning. The suspect related to the original call of a suspicious person has not been located.