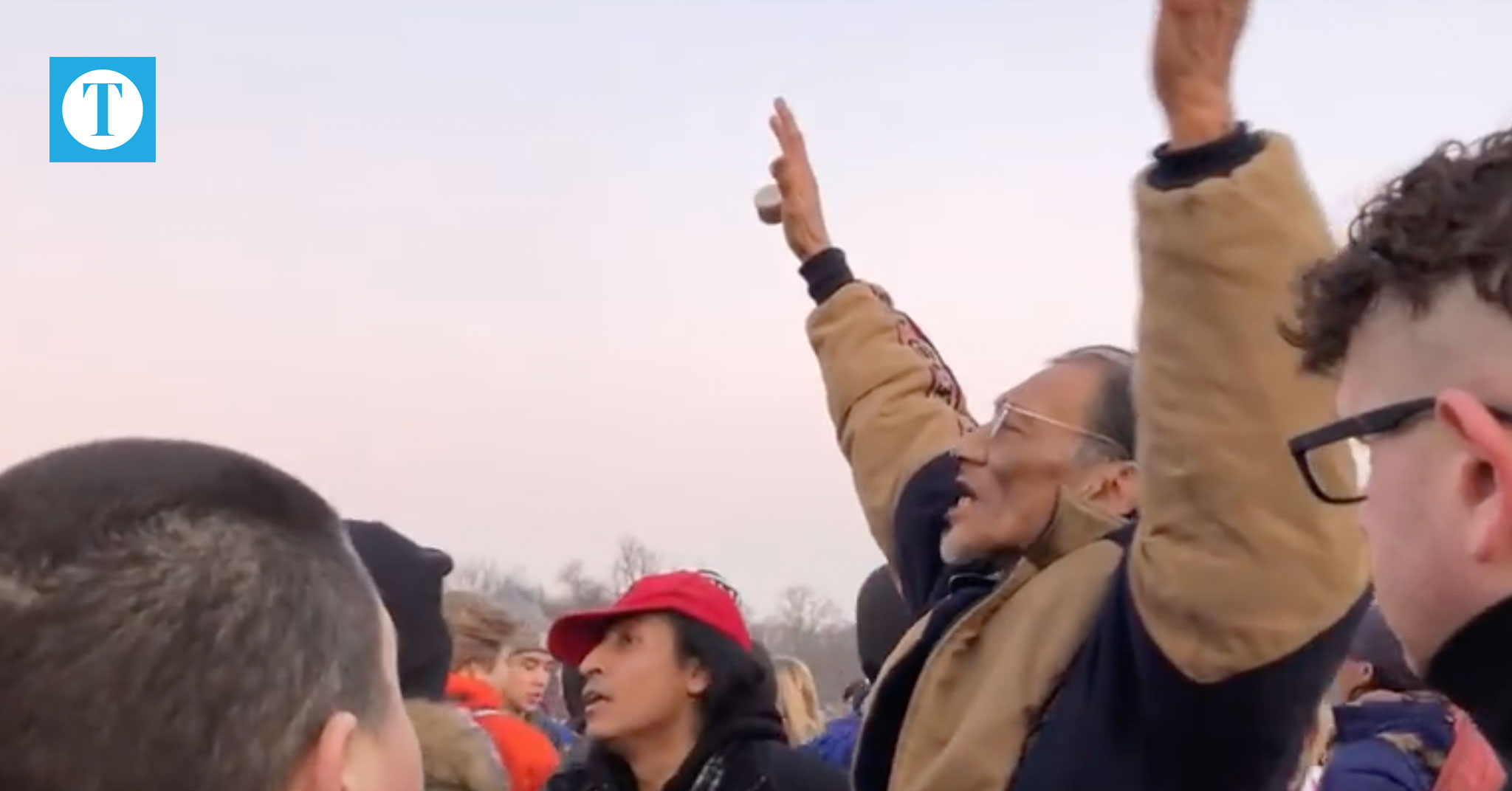 As Covington Catholic High School is receiving national backlash for actions taken at the Indigenous Peoples March in Washington D.C. Friday, video has emerged on social media of a young man in an Owensboro Catholic High School hoodie and “Trump” hat addressing Native Americans at the Lincoln Memorial.

In the video featuring the student from Owensboro Catholic High School, after a group of Native American men walked by, a voice can be heard saying, “Just because you stole the land, don’t make it yours.” The young man in the hoodie can be heard replying, “…and y’all stole it from the Aboriginals…it’s been stolen throughout all of history…land gets stolen…it’s how it works…it’s the way of the world.”

President of Owensboro Catholic Schools Tom Lilly said some of the seventh and eighth graders from OCS traveled to Washington D.C. to support the annual Right to Life March being held on Friday, Jan. 18. and returned without incident.

According to Lilly, OCS did not have a high school sponsored trip in D.C., said he was aware some students attended the Right to Life March with parents.

The OCS president addressed the actions of Covington Catholic students, saying he has confidence in their administration, which he believes will use the incident as a teachable moment. He plans to address his own school in the same manner.

“Yes, we have watched the videos and it’s hard to know what to say,” Lilly said. “Any time there is any question about a time any kid makes a mistake, our goal is to correct them and teach them. Just because you teach them between right and wrong doesn’t mean there aren’t going to be some wrongs along the way.”

When asked about being held to a higher standard because they are a Catholic school, he took ownership of that fact, adding that students still make their own choices.

“Because it was a Christian-based school we are held to a higher accountability,” Lilly said. “Especially as a Catholic, Christian community, we have a higher level of responsibility to know more about the issues going on in our world and how we conduct ourselves. We tell kids all day to act like Christ.”

OCHS principal Gates Settle agreed that, at the high school level, the importance of character was something they tried to instill daily.

“In the announcements, in our prayer, at every pep rally,” Settles said. “This kid, he’s wearing his faith on his hoodie.”

The father of the Owensboro Catholic student confirmed that his son was in Washington D.C. for the March for Life with friends and adult chaperones, but was not associated with the students from Covington Catholic.

The father said his son is a good kid who chose his words poorly.

“He said ‘land gets taken away’ and it does, but a 16-year-old boy doesn’t understand that there is pain there. It takes age to understand how harmful that is,” the father said. “Nothing in his life has been taken. It’s easy to be glib at 16. But as you get older and you deal with loss, you understand that empathy, you understand things being taken.”

“This is not a ‘boys will be boys’ situation,” the father said. “This is a 16-year-old who doesn’t have that empathy of loss. Words are important, whether on national news or what you say to a loved one.”

Public uproar began when a young man wearing a “Make America Great Again” hat stood near and stared at an indigenous man who was drumming as other young men surrounding the situation cheered and chanted. Some of the onlookers were wearing Covington Catholic High School clothing.

All social media accounts for Covington Catholic High School, located in Park Hills, Ky., have been made private and their website is currently unavailable. According to screenshots of Covington Catholic High School website found on news sites across the country, students planned to attend the March for Life event, held Friday in Washington, D.C., the same day as the Indigenous Peoples March.

“We are just now learning about this incident and regret it took place,” said Laura Keener, the communications director with the Roman Catholic Diocese of Covington, in a statement Saturday. “We are looking into it.”

Editor’s note: this story has been modified from the original post.