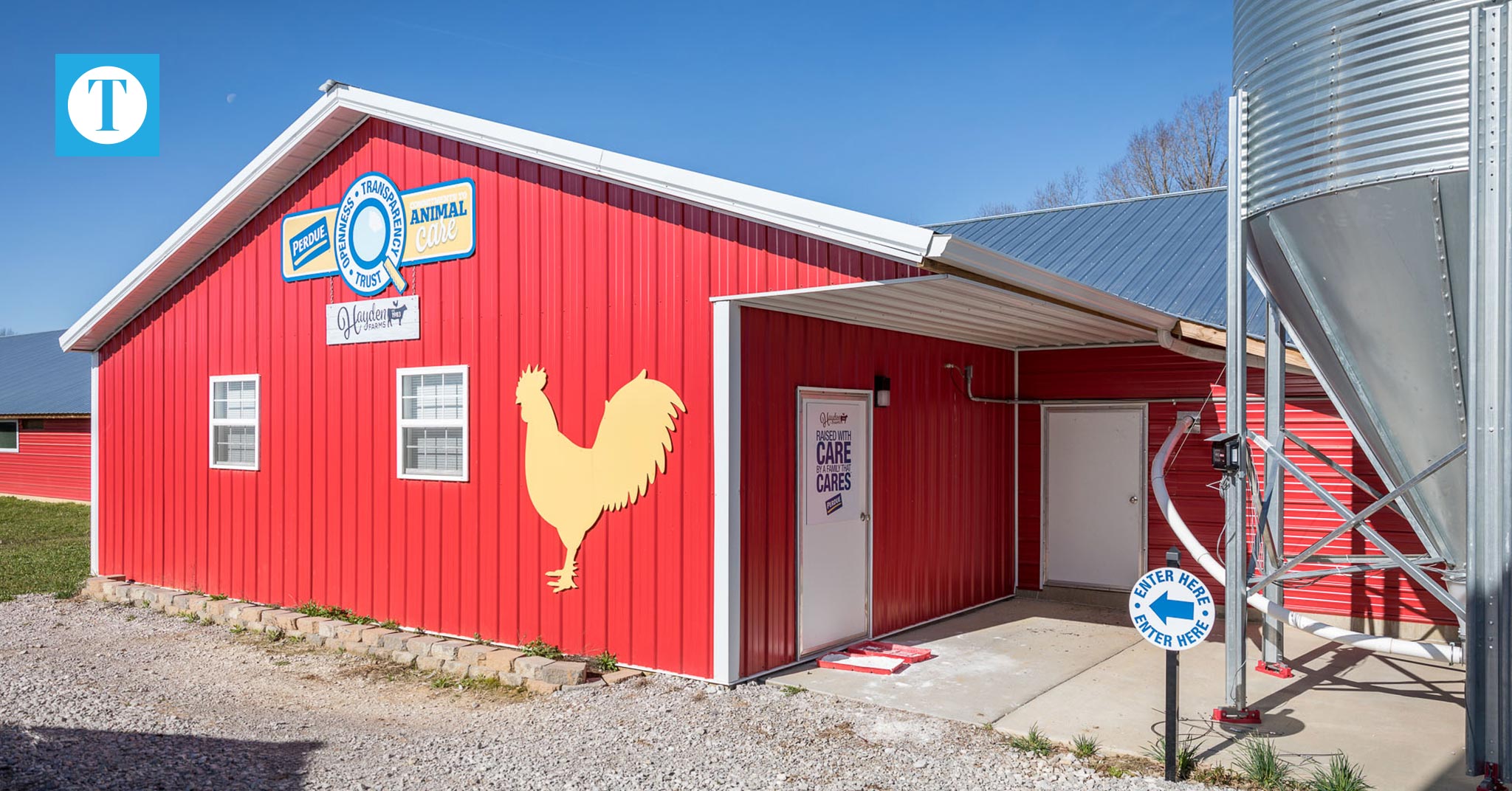 Perdue Farms contracts with more than 2,200 farmers to raise chickens for their company. Out of the thousands of chicken houses on those farms, one house at Hayden Farms in Philpot was the first to feature a special viewing room that lets visitors see exactly what the 31,000 chickens in the 600-foot long house are experiencing.

“The whole idea is just to let people know how their food is raised and let them see it. We’re very transparent,” said Joan Hayden, who established the farm with her husband Martin when they were married in 1983.

The 30 x 15 foot viewing room with glass walls was the brainchild of their son Daniel and his wife Danielle – Daniel now serves as the farm manager, while Danielle is the farm communications specialist.

“They have the most innovative ideas. We said go with them and see what you can do,” Joan Hayden said.

Their innovations led to the Greater Owensboro Chamber of Commerce naming Hayden Farms the winner of the 2019 Rick Kamuf Agribusiness Award.

In addition to the viewing room, the Haydens also built a 40 x 50-foot education center on the farm. They host school groups and other visitors who are interested in how the agriculture business works.

“It’s a very controlled environment,” Hayden said. “You couldn’t ask for anything better.”

Every Perdue chicken house has an anteroom, but the Haydens were the first to suggest the viewing room to allow visitors a clear look at the entire housing system. Perdue paid for the viewing room, and the Haydens obtained grants from several state agriculture groups to build the education center.

The Governor’s Office of Agricultural Policy has visited several times with various groups, and Perdue has brought visitors from all over the country as well.

The Haydens also raise 200 head of cattle, which all produce calves each year in two separate breeding seasons. In addition, they grow and bale 500 acres of hay to feed the cattle through the winter. Their farm is about 250 acres, plus they rent some ground as well.

“They are very into ag, very active and very passionate about it,” Hayden said. Watching their son carry on the family business is “the most fantastic thing in the world,” she said. “We worked very hard starting these farms and built them up. When he does well, it’s an extension of us. This is how it will go on.”

The Haydens have also built a website to promote their business. Interested parties can find out more about the farm and schedule a visit at www.haydenfarms.org.