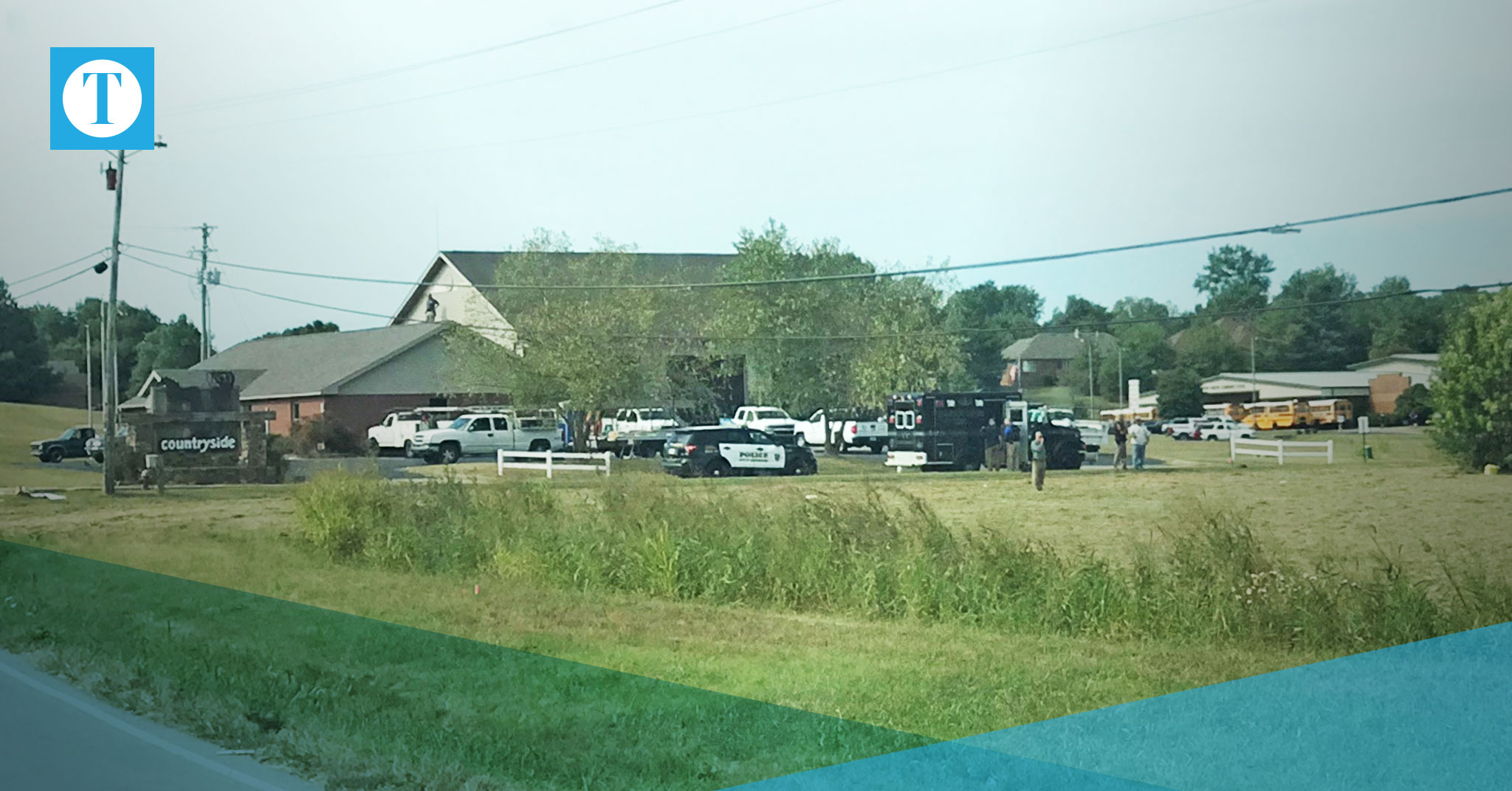 UPDATE (4:10 p.m.) — “The Owensboro Police Department bomb squad just blew the device in place,” Major Bill Thompson, head of criminal investigations for the DCSO, said. “That only happened about five minutes ago, so we cannot enter the area right now,” Thompson said. “The bomb squad performed a roadside detonation, and that the device is no longer active.”

Thompson said he could not reveal whether the suspicious device was a bomb at this time, but that question may be answered once the bomb squad completes their evaluation of the detonated device.

“They were concerned enough not to touch it,” he said.

Busses transporting students from Country Heights Elementary School were able to take alternate routes to get the bus riders home safely. The entrance to Countryside subdivision is still blocked off at this time.

Major Bill Thompson, head of criminal investigations for the DCSO said the bomb squad is suiting up to determine what’s inside the package. He said the bomb squad wants to x-ray the package to see what’s inside it.
“It’s believed that there are suspicious packages inside the box,” Thompson said. “A gentleman was bush hogging when he found it. The box was found directly across from the Daviess County Fire Department at the corner of Highway 54 and Countryside subdivision.”
Traffic is being blocked at the entrance to Countryside subdivision.

Kentucky State Police are also on the scene.

We will update this page as we receive more information.