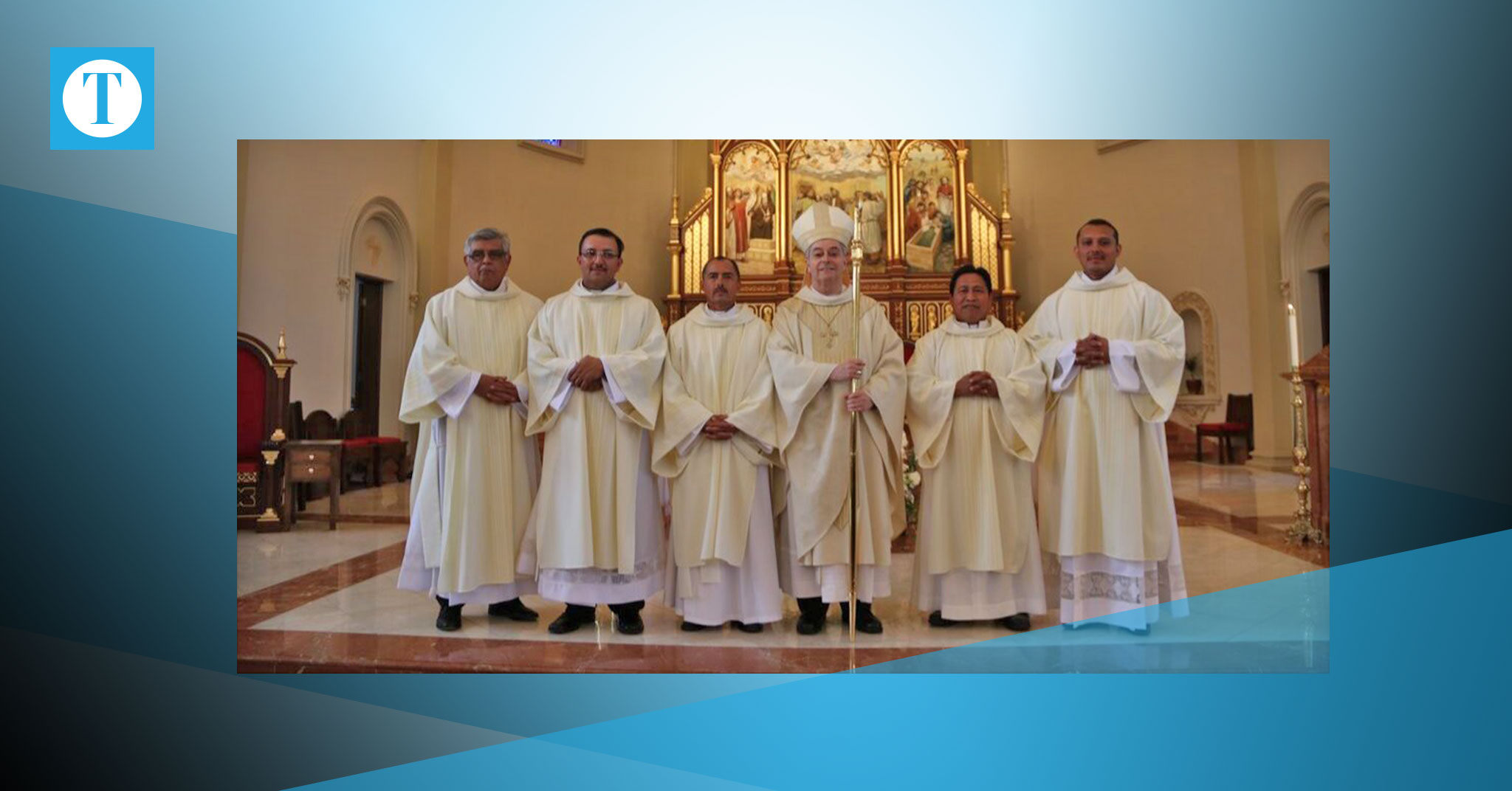 Chris Guttierez, director of Hispanic and Latino Ministries for the Diocese of Owensboro, explains that deacons are “the eyes and ears of the bishop, as well as a link to the community.” Deacons are usually employed outside the church and can be married.

“The take on a ministry of service in the community, such as visiting the homebound and sick, visiting prison, or working for social justice,” Guttierez said.

Though the deacons, who are all from different Spanish speaking nations, were ordained at St. Stephens in Owensboro, they will serve diocese churches in surrounding areas such as Hopkinsville, Guthrie, Mayfield, Sebree and Bowling Green.

At Sts. Joseph and St. Paul, on East Fourth Street, noon mass is offered in Spanish. Father Jene Rene Kalumbo and Father Will Thompson are both fluent in Spanish, and Gesser says Bishop Medley conducted part of a recent Holy Week mass in Spanish.

“In the confirmation class I taught last year at Sts. Joseph and Paul over half the children were Hispanic,” Gesser said.

On Oct. 28, the diocese is partnering with River Valley Behavioral Health to host a Mental Health First Aid program in Spanish. The event will be held at the Pastoral Center on Locust Street.

Additionally, there are plans for a “Know Your Rights” clinic and a parish-based program to get congregants to “accompany” their migrant brothers and sisters through their journeys with transportation and navigating life in the United States.