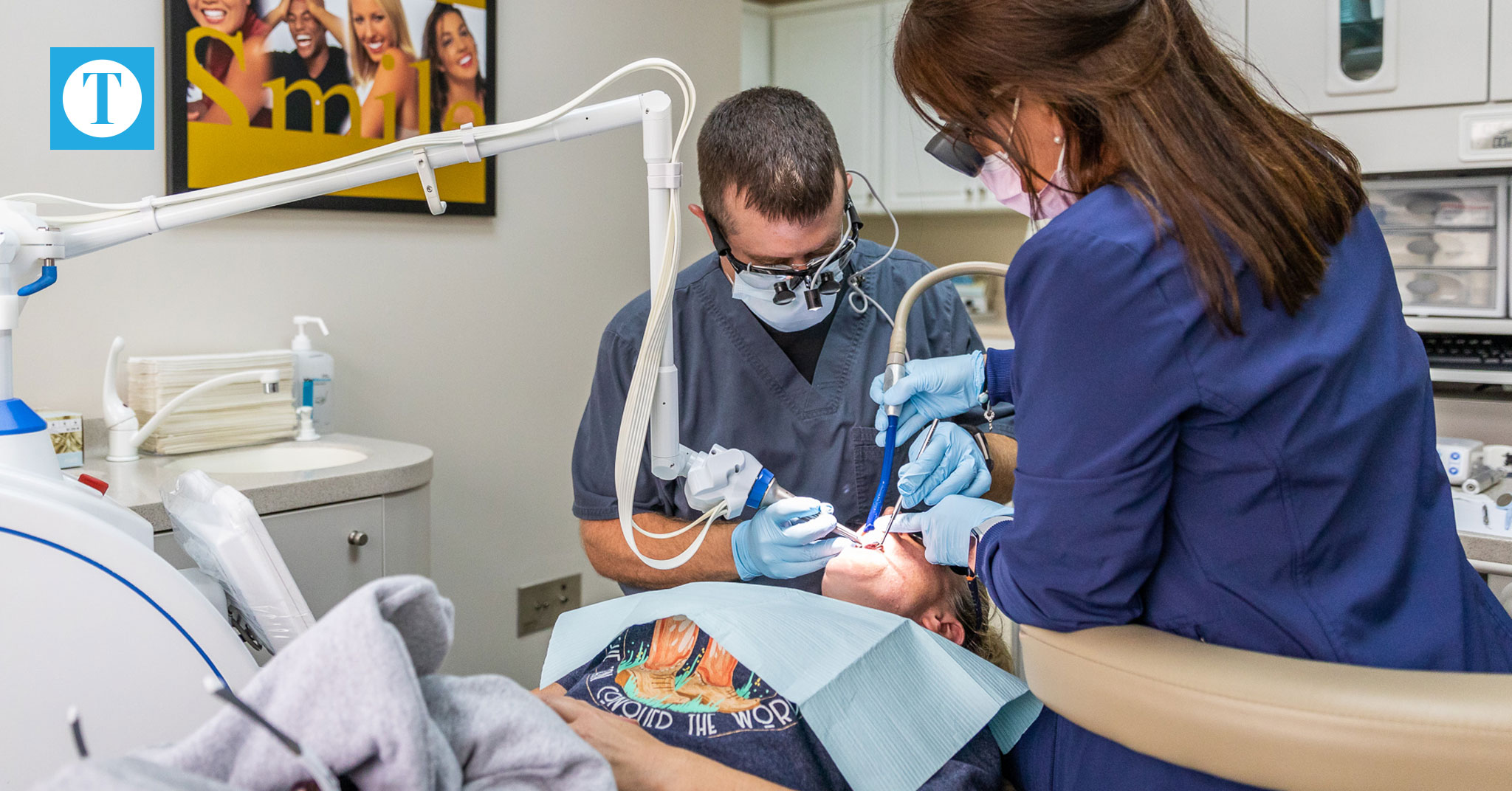 With the ever-changing dental profession, there is now a laser that requires no numbing injections or lengthy appointments. Solea is an all-tissue laser specific to dentistry that has replaced the drill in a number of procedures including cavity fillings.

“The Solea is a CO2, carbon dioxide laser,” said Robert Jackson, a local dentist at Jackson Norris Family Dental. “What makes it [the laser] different is that it works on a 9.3-nanometer wavelength which is what they found out to be the perfect wavelength to be able to cut tooth structure. It reacts with hydroxyapatite, which is what the majority of our teeth are made of versus the lasers that were used before that used and reacted with water to cut tooth structure.”

The Food and Drug Administration cleared Solea’s use in 2013. Only four dental practices in Kentucky currently have the technology including Lexington, Louisville, Elizabethtown and Owensboro.

“I had it in my practice in August 2017 and started using it immediately,” he said. “It’s been less than ten days in that two-year span that I haven’t used the laser. It is a piece of equipment I use every day.”

Jackson wanted to do something to make his practice unique in Owensboro. On a chance conversation with a sales representative, he figured out what that thing would be.

“There are a lot of good dentists in Owensboro and you want to find something that makes you stand out,” Jackson said. “One of my reps was the one that told me about the laser and told me about a meeting in Evansville introducing the technology. There were supposed to be five or six doctors there. It turned out I was the only one that showed up so I got all the attention and practice time to use it! I was sold after that day. Once I bought the laser, I went to Baltimore to do training because it is a different way of doing dentistry. It’s not something you learn in dental school and I needed to get certified to use it.”

What exactly makes this technology different from other lasers on the market?

“This laser allows me to do about 95 percent of my fillings shot and anesthetic free,” he said. “I don’t have to numb you up, I don’t have to give shots. A patient can come in, get their work done and go back to work, eat lunch, whatever they have planned and not have the ill-effects of being numb for the next three to four hours.”

The laser doesn’t require anesthetic, so the appointment time can be much shorter than with the traditional cavity filling.

“I’ve got teachers that need to go back to work, patients that work in call-centers, and even people who just don’t want to be numb for four hours when they’re done,” Jackson said. “It’s changed dentistry for a lot of people. They go from terrified, dreading an appointment all day to not caring. I just want people to know the technology exists and it’s right here in Owensboro.”

The laser isn’t your saving grace for all dental procedures though. It does have limitations.

“There’s sometimes a misconception that the laser can do everything,” Jackson said. “I can’t pull your tooth with the laser. I can’t do a root canal with the laser. There are certain areas of the mouth where I can’t reach the tooth. When that happens, I have to do the ‘old fashion way’ and fill the cavity with a drill.”

Jackson said his work with children has proven the laser’s value, not only in his office but in Owensboro.

“I’ve had several occasions where I’ve gotten referrals from other practices to do dental work on children because of the Solea laser,” he said.

Usually, kids are nervous and they are scared of the shot and that it’s really going to hurt, Jackson said.

“I think it’s huge for children to have access to this technology,” he said. “I’ve done fillings on a two-year-old [with the laser]. I wouldn’t have done that in the past with shots to numb. I would’ve sent that out to a pediatric dentist. I can do that in-office now. It’s that kind of story that makes me so happy I have it.”

The Solea isn’t the only laser that local dental practices use. There’s the Waterlase which can perform procedures on soft tissue. The Erbium laser can remove decay out of the teeth like the Solea as well. If a patient has a fear of drills, there are options available locally to avoid them in dental procedures.

Jackson just wants patients, adult and children, to know that the dentist isn’t all that bad.

“I just want people to realize that going to the dentist doesn’t have to be as bad as they think it will be. The more dentists that start getting them [lasers], the better it will be for patients everywhere.”