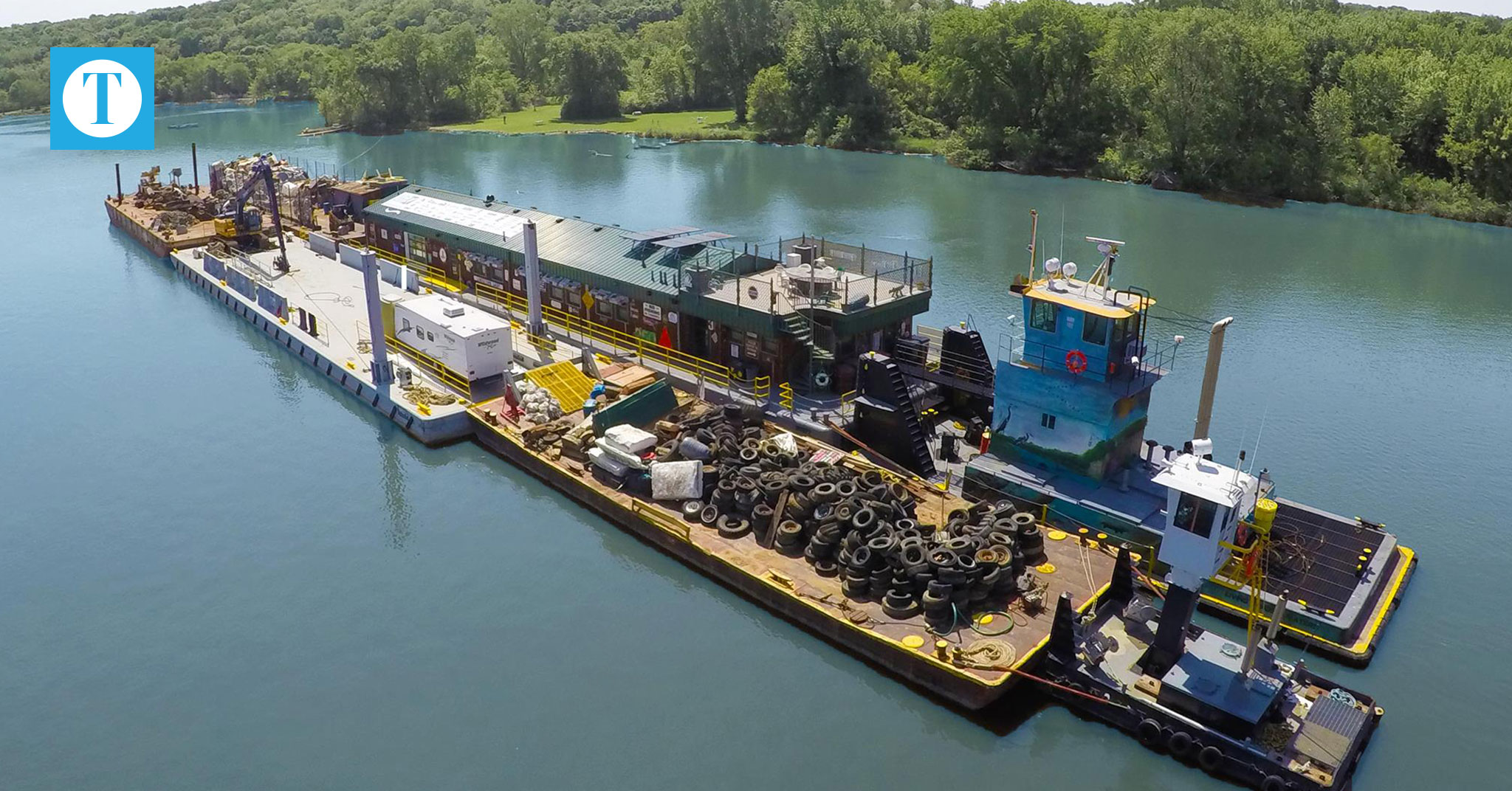 In 2019, Living Lands & Waters spent five months on their fleet of barges hosting industrial-sized cleanups along the Mississippi and Ohio rivers. Most of the garbage collected came from the Ohio River. The Owensboro Riverport Authority will be assisting in the unloading and are donating all docking fees, labor and use of equipment to help LL&W with an integral step in the process of their mission to clean up America’s rivers.

“Through my travels of thousands of miles of rivers, there’s hardly a riverport of this size. With the amount of garbage we’ve pulled out of the rivers, the Owensboro Riverport Authority makes unloading and recycling extremely efficient and I believe Owensboro is lucky to have a riverport like it,” said Chad Pregracke, President and Founder of LL&W.

In 2019 alone, Living Lands & Waters held 188 river cleanups and removed 521,236 pounds of garbage from U.S. rivers. That trash will be placed in semi-trucks and dumpsters so that it can be properly recycled and disposed of. In total, LL&W has removed 10,725,950 pounds of trash from 24 rivers in 21 states.

Pregracke started Living Lands & Waters in 1998 as a not-for-profit organization dedicated to the beautification and restoration of America’s major rivers and the education of environmental issues. From his single-boat-beginning, Chad has grown LL&W into an industrial-strength, internationally known organization with a fleet of barges and workboats. Spending up to nine months a year living on the barge, LL&W engages thousands of volunteers each year in river cleanups, hands-on environmental education workshops, the Great Mississippi River Cleanup, Adopt-a-River-Mile, Alternative Spring Break, the I-80 Restoration Project, Invasive Species Removal, the MillionTrees Project and Recycle Like a Rockstar.