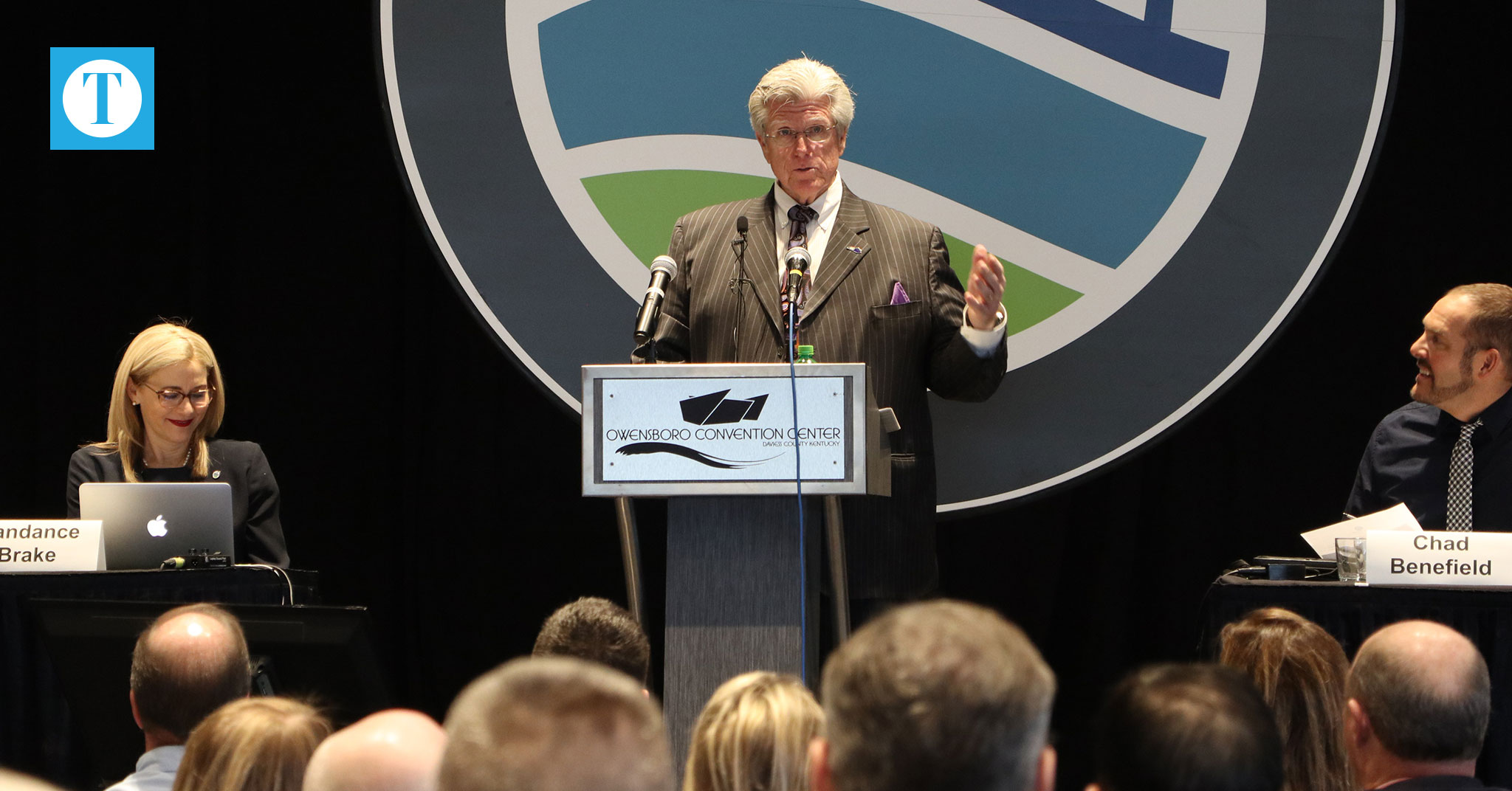 In the first Rooster Booster of the new year Thursday morning, Mayor Tom Watson acknowledged numerous city agencies, officials and leaders for their service and accomplishments in 2019 and also touched on the highlights of what is to come in 2020.

He also referenced the $18 million Cedarhurst Senior Living facility that broke ground last year — jokingly admitting it was a project that hit close to home.

“We need senior living centers in our community,” he said. “I can speak from experience that it’s a big deal. And I’ve already made my reservations there.”

Watson also hinted at some of things that the city will try to tackle in the near future. He mentioned the demolition of Gabe’s Tower, but he didn’t provide details.

Construction on relighting the Blue Bridge is scheduled to begin this month and may take six to seven months to complete with a $2 million price tag, he said.

“It gave me a little heartburn,” Watson said. “But it should be pretty nice once we get it done. So I’m hoping everybody is going to be excited about that.”

He also reminded people that it’s a big election year, encouraging everyone to go out and vote.

Nearing the end of his speech, Watson alluded to a possible departure from his position.

“I think you very much for allowing me to serve. This is probably my last talk,” he said. “It’s been an honor. I love this community and I know you do too. So let’s all make it a community. Let’s all come together as best as we can and have a diversity of opinions and get along with every person.”