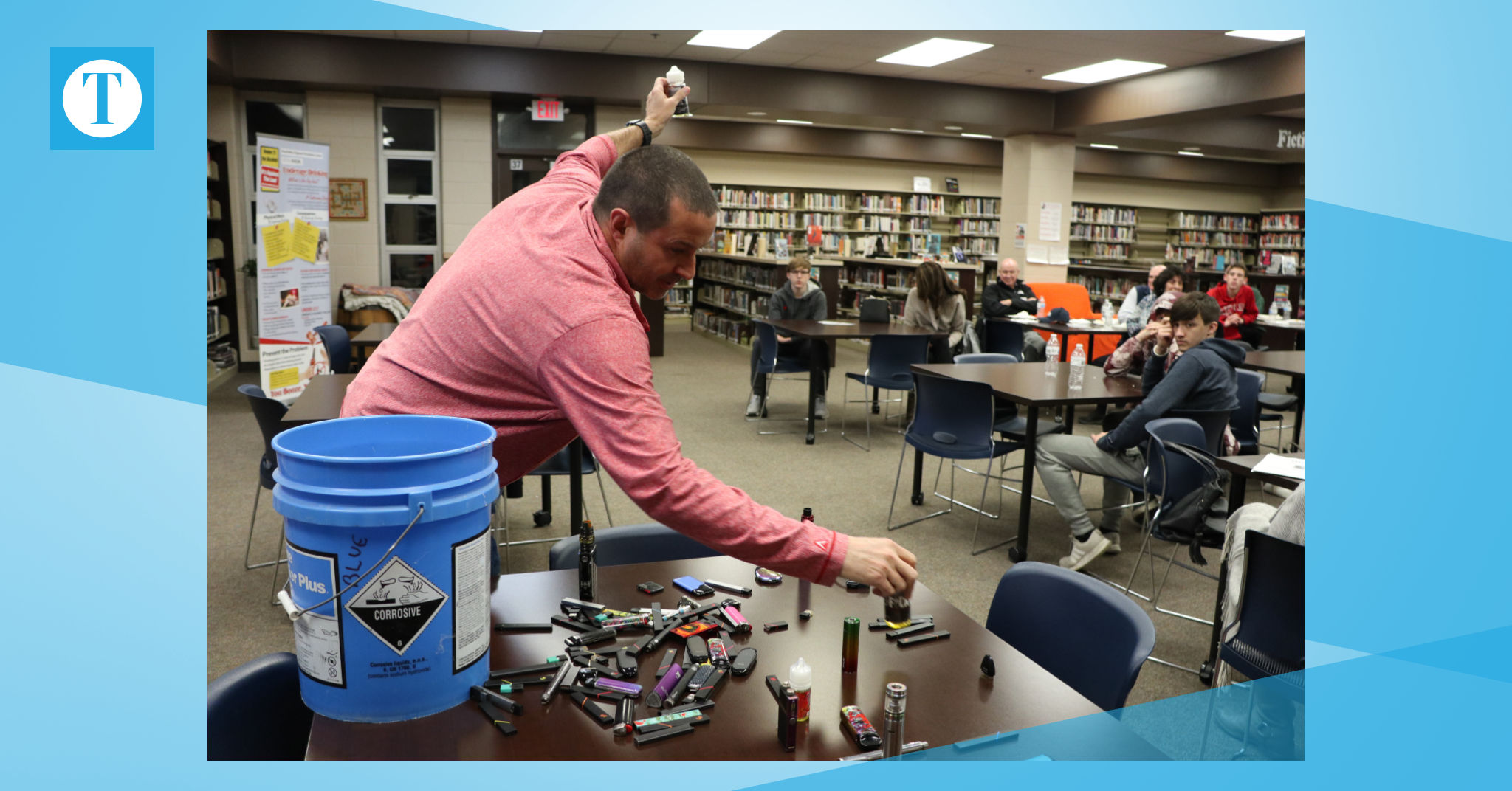 Daviess County High School Assistant Principal Lance Blue dumped a bucket of confiscated electronic cigarette devices on a table and told parents that’s what schools all over the country are struggling to deal with.

More than a dozen people attended Thursday’s free community awareness program held by DCHS to educate students and families about the hazards of using electronic cigarettes.

“I tell them they’re getting played,” Horn said. “And that they’re kind of being used as a guinea pig.”

Horn said the marketing success of e-cigarettes is a repeat of how the tobacco companies marketed its products back in the 1960s, except the target audience this time is teens.

“This has been done before. They’ve creatively marketed it to something your kid already has,” Horn said,  noting devices such as USBs.

She described how e-cigarette companies pay social media influencers — some with hundreds of thousands or millions of followers — to use their products.

Mattingly said it is illegal, especially on school grounds, for anyone under 21 to have e-cigarettes. He said violations continue to happen because students think they can get away with it.

“As a law enforcement officer, we would like to charge them, but we’re going to pick and choose our battles,” he said. “We can’t charge every individual. We’re going to flood the system.”

Mattingly said in-school suspension may be the most effective recourse for now. He said he confiscates the e-cigarettes devices from students and he keeps them even when parents demand to have them back.

Horn showed a picture of a set of rotten teeth which as the aftermath of using e-cigarettes.

“This usually gets the attention of the kids,” she said. “They really don’t care about their health but they care a whole lot about their teeth.”