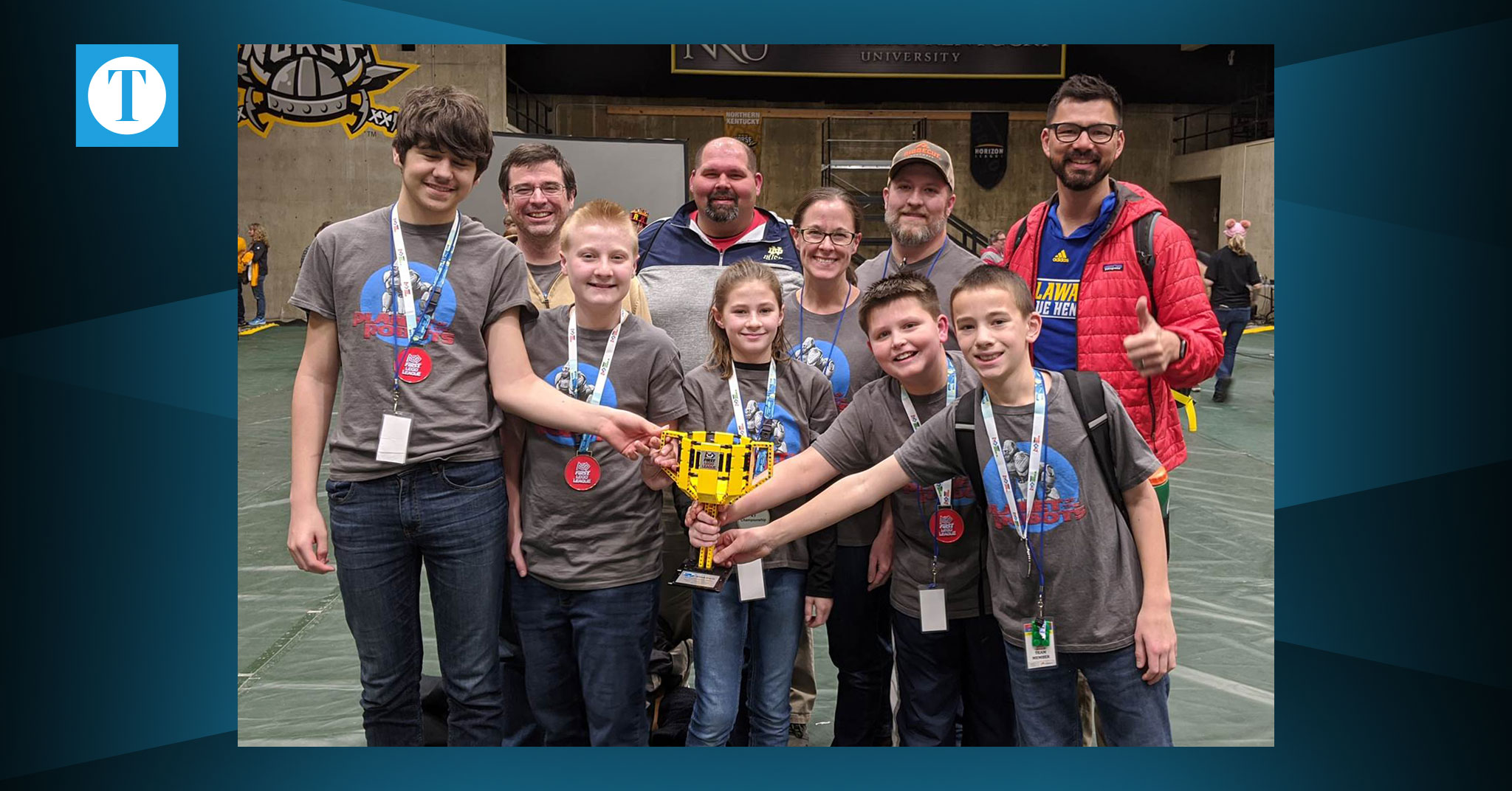 After a surprising first-place finish in the state tournament, a local team of young LEGO builders are gearing up for a massive international competition. That’s quite the accomplishment for a team in its first year of competition and practices only twice a week in a basement.

“They went to the state competition with no aspirations that we were going to win,” said Ryan Hobson, one of the coaches and parents on the team. “It was kind of a learning experience to see what competition was like.”

The team — called Planet of the Robots — was hoping to finish in the top half of the 50 teams at state. As trophies started being handed out to the top three teams, Hobson said they thought for sure they had missed out altogether. It was a moment of pure shock to hear their team name called for first place.

“We were kind of dejected once they got to those last few teams. Everybody was kind of packing up and thinking about heading home,” he said. “It was just totally unexpected to win, but they put the work in.”

The international competition is a four-day event in Detroit in April, and last year more than 70,000 people from 70 countries attended.

The competition isn’t just snapping some plastic bricks together, either. Competing in the FIRST LEGO League, the team builds and programs a small robot with motors and sensors that can complete a variety of challenges set up on a table.

“It has to be fully autonomous,” Hobson said. “There’s no remote control. They release the robot and it has to navigate its way around the board, it has to locate the challenges, complete the challenge and return home.”

Just as important, though, are the three other phases of competition that include one presentation each on a community innovation project, core values and the design of the robot.

For the innovation project, the team came up with a plan that would turn Gabe’s Tower into Gabe’s Garden — and even presented the idea to Owensboro Mayor Tom Watson and city commission.

Other current team members are Emma Hobson, Luke Houston, Weston Kassinger and Shepard Ekbundit. Josiah and Isaac Windfall had to leave the team in January due to prior commitments. Coaches are Ryan and Julie Hobson and Jason Houston.

The FIRST Championship is normally held in conjunction with the FIRST Robotics Conference, which covers a wide variety of topics in science, technology, engineering, and robotics fields.

As they move forward, Hobson said they’re hoping to find sponsors to help with the funding they need in order to compete in the world tournament. He said the event will be filled with opportunities for the children to make early connections to colleges and careers in the STEM fields.

“In our mind it’s a pretty big deal these kids get to do this as a first-time team,” Hobson said. “We’re all so proud of them.”