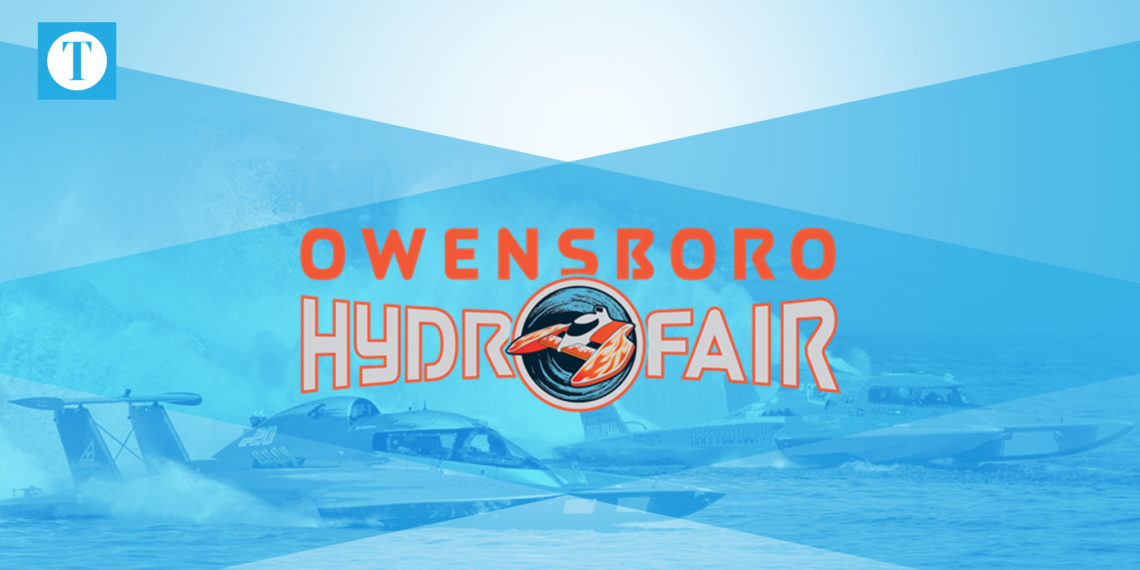 Owensboro hasn’t hosted a hydroplane race in more than 40 years, but officials say the 2020 Owensboro Hydrofair will not only be a first-in-a-lifetime experience for many of those who attend, but an exciting weekend that will bring the same engine roars, G-force speeds and fast-paced excitement that’s brought tens of thousands of people to the Owensboro Airshow each year.

Of course, this year’s summer event will take place in the water instead of the sky, but those viewing the event from land will be entertained from start to finish.

With 50 teams expected to travel to Owensboro for the event from all across the country (and Canada), and seven different classes of boats expected to race, American Hydroplane Events (AHE) Race Director Randy Lientz promises “nonstop racing action” to span the entire weekend event, which will run Aug. 14-16.

The Grand Prix America automotive-class hydroplanes are powerful, loud and fast, creating 1,600 horsepower through a supercharged engine, with the ability to reach 160 MPH.

Water shoots up behind and around the boats as they plow through the water, while the engines create a rip-roaring noise that is — for those who follow hydroplane racing — one of the sport’s most exciting components.

Mark Calitri, president of the Owensboro-Daviess County Convention & Visitors Bureau (CVB) said this event will continue Owensboro’s national reach, exemplifying what it means to be named “Kentucky’s No. 1 Sports Town” by Sports Illustrated.

“We will soon launch an aggressive multi-state marketing initiative aimed at selling hotel and convention center packages,” Calitri said. “We encourage Owensboro residents to invite their friends and family to enjoy this premier event and showcase their hometown.”

Hydroplane racing has been around for decades, but boats equipped with modern technology makes them faster and more exciting for fans. In 2019, over 40,000 people attended the Gold Cup in Ohio, and tens of thousands could show up to the Owensboro races as well.

“Fans from Texas, Washington, New Jersey and other places have already made hotel reservations in Owensboro for this weekend. Those are the die-hard fans,” Lientz said. “We expect new fans to come from Michigan, Ohio, Tennessee, Kentucky, Indiana and other states that border Kentucky — basically, a three-hour radius around Owensboro.”

The event will be hugely impactful for the City, with conservative estimates set at a $722,000 economic impact over three days.

“When a destination attracts visitors, local businesses and residents win,” said Candace Brake, President & CEO of the Greater Owensboro Chamber of Commerce. “Talent recruitment is a critical component and integral to our growth here. Visitors are prime recruits.”

Not only does the Chamber hope visitors for events like these enjoy their stay in Owensboro, but that it makes a big enough impact to coerce them to come back — maybe even long-term.

“Not only are we hoping they return as visitors, we hope that they, or their children, decide to make Owensboro home one day,” she said. “When visitors come to Owensboro to experience a sports event or our unique flavor and flair, the revenue that’s generated improves our City.”

Visitors traveling for the event aren’t just reserving hotel rooms, as Visit Owensboro Destination Services’ Chris Gendek said the best seats — those on the water at the Owensboro Convention Center, where the start/finish line is located — are expected to sell out quickly.

Chris Joslin, executive director of the Bluegrass Music Hall of Fame & Museum, said the 2020 Owensboro Hydrofair is one of many new events that’s started to turn heads and put Owensboro in a new light.

“People across the Commonwealth, including those in Frankfort, recognize that Owensboro has created momentum and is capitalizing on that momentum,” he said.