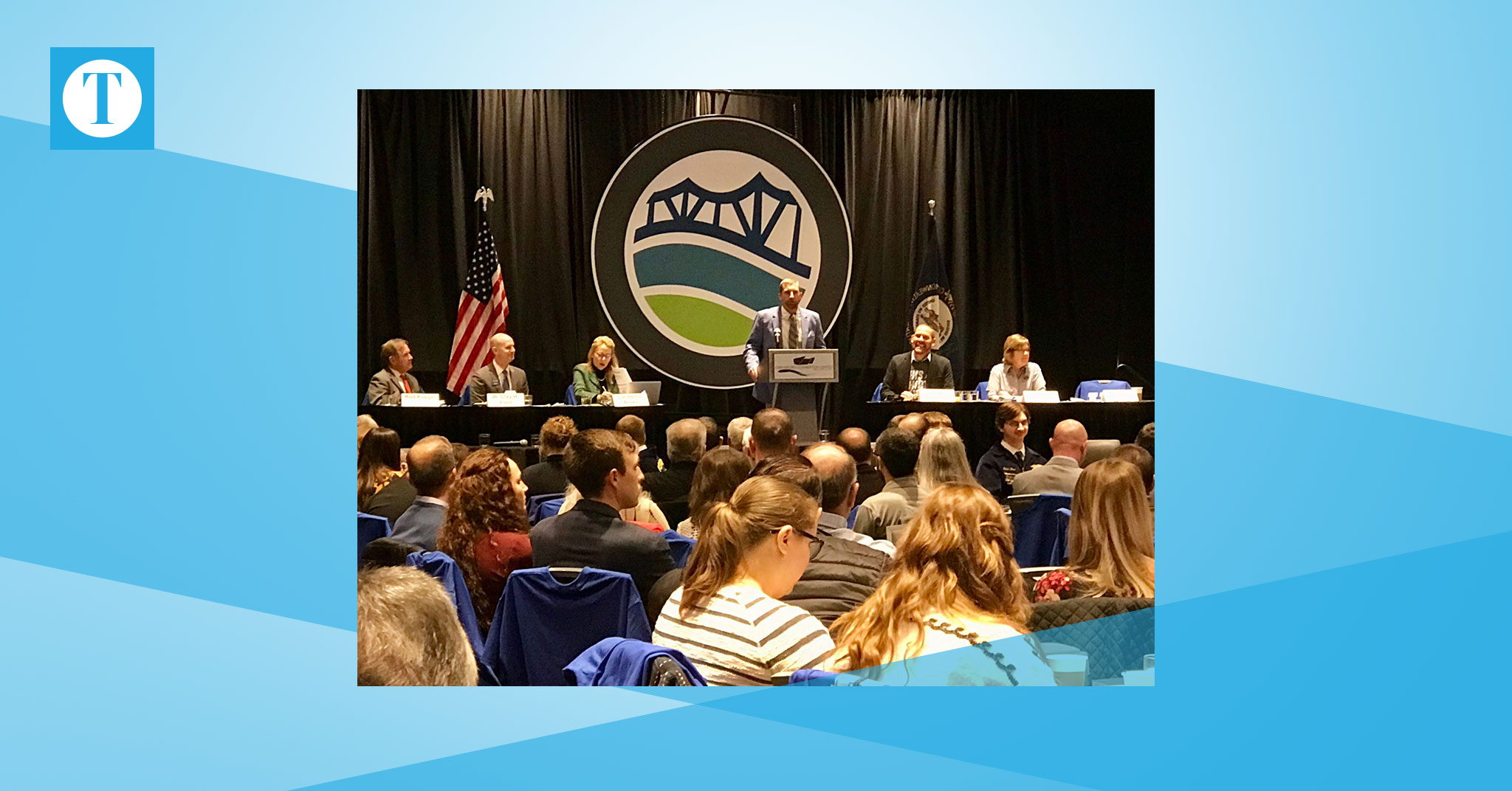 A panel of four, including a member of the Kentucky legislature, with backgrounds in farming or agriculture, praised Owensboro and told the crowd why they stay active in this field of work.

“Look at the diversity of our economy in this area,” said Matt Castlen, a member of the Kentucky Senate, whose district includes Daviess County.

Poultry producer Daniel Hayden said one of the things he enjoys about this area, is the sense of community that is in Owensboro and Daviess County and the surrounding areas.

“This area is a hub for agriculture,” he said.

Hayden, who returned to work on his family farm in Whitesville after receiving an agriculture business degree from Murray State University in 2011, said the leadership among the agriculture community in Owensboro is strong.

Brandon Gilles and Suzanne Cecil White, the two other ag panel speakers, echoed similar messages of pride in Owensboro for its community strength and support for individuals working in the agriculture world.

All speakers underlined the importance of building an environment and creating opportunities within the agriculture world that look attractive to future generations.

Joan Hayden, president of the Daviess County Farm Bureau Board of Directors, and Clint Hardy, Daviess County extension agent for agriculture and natural resources with the University of Kentucky College of Agriculture Food and Environment, hosted the event.