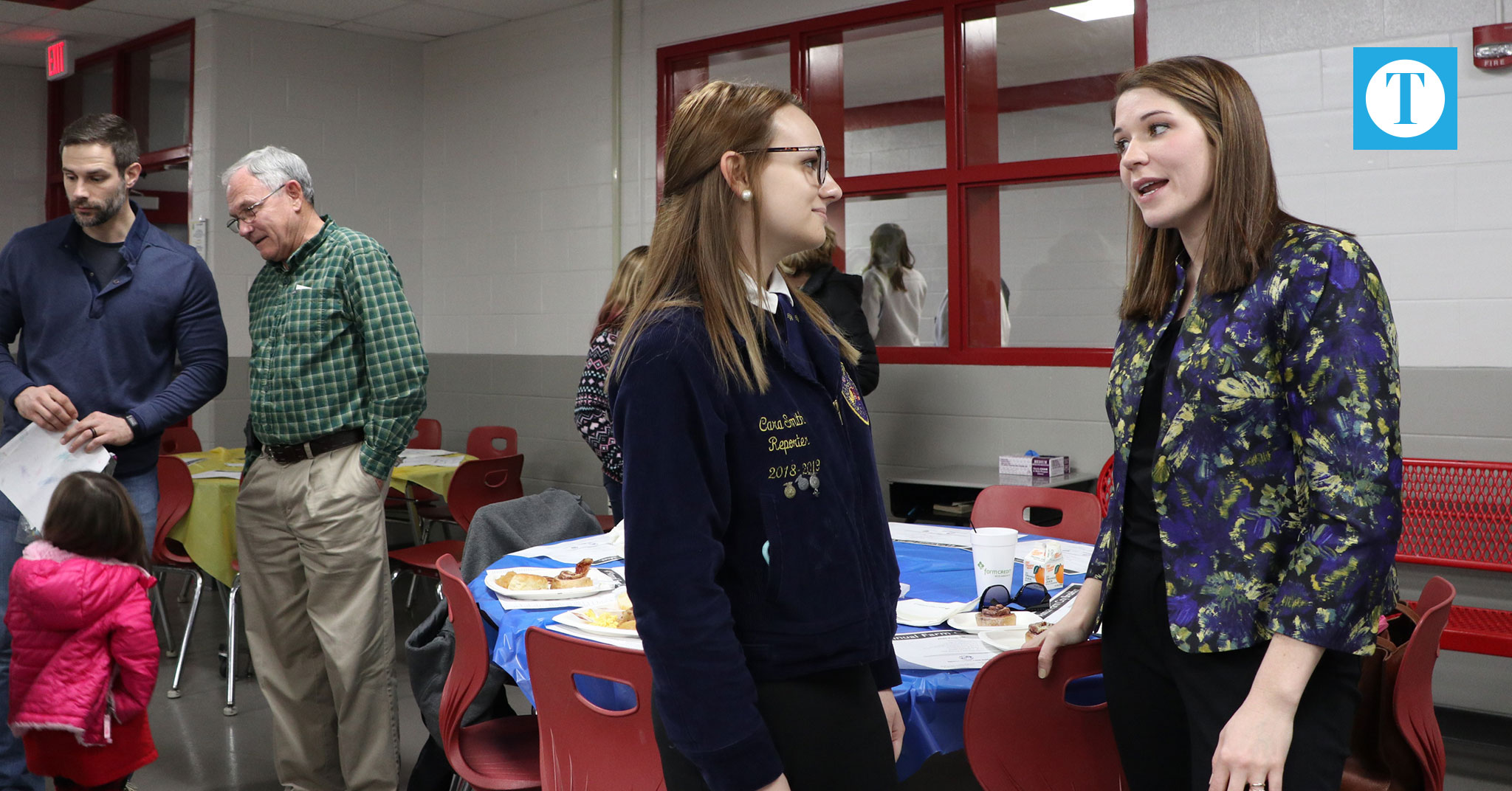 It’s imperative for the farmers of today to dispel outside-industry misinformation and create common grounds with contrasting crowds in order to strengthen the ag community said keynote speaker Kirby Green at the 2020 Farm City Breakfast on Saturday.

“Those of us in agriculture know that since about 2014 that net-farm-profit story has not been the same of sometimes the story of nostalgia that we think about many many years ago,” Green said. “Farm families have worked through extreme tough markets.”

Hundreds of community members gathered at the Daviess County High School cafeteria for the 41st Farm City Breakfast, which is held annually in February during National Ag Week when agriculture contributions are recognized and celebrated throughout the U.S.

The breakfast was presented by Daviess County Farm Bureau and the Greater Owensboro Chamber of Commerce.

Green, who has been a resident in Owensboro for four years, spoke about the trials and tribulations of today’s agriculture world and how local farmers continue to fight the good fight day after day.

“Do you know what farmers do? They do the impossible,” she said. “There’s a spirit of grit in every farmer and every farm family that does what he or she does. We want to do a good job for a good job’s sake and be stewards of the land in the time that we’ve been given.”

Green grew up on a farm and was raised on a diet of grit and gratitude which she said are the two values that the ag community is deeply rooted in. She recently received the “Excellence in Agriculture Award” from the American Farm Bureau Federation for her contributions to agriculture.

She implores the audience to find common grounds during divided times.

Also at the breakfast, Greg Schadler received the Farm City Humanitarian Award. He is the 12th person to be recognized as an outstanding leader who has led a life of service to improve the well being of people throughout Owensboro and Daviess County.