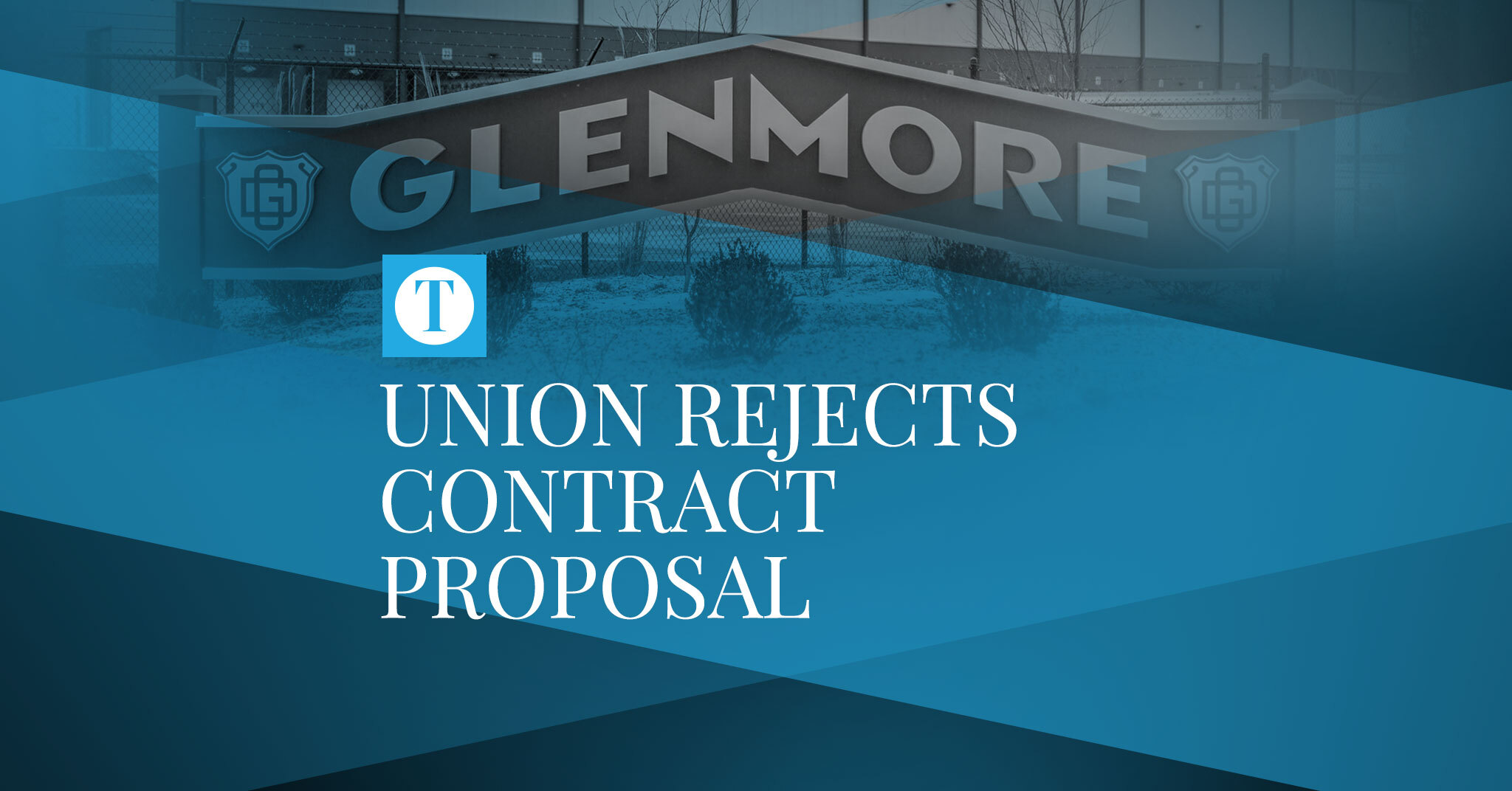 Union members at Glenmore Distillery are currently working without a contract as both sides continue negotiations after the company’s final offer was rejected.

Both sides have been in negotiations for several weeks, as the existing union contract was set to expire at midnight April 6. An extension of that current contract was signed to allow time for union members to review the proposal and vote. That extension expired at midnight on Tuesday.

“Over the course of four weeks, we have negotiated in good faith with the union,” said Amy Preske, public relations manager for Sazerac company — Glenmore’s parent company. “We exchanged numerous proposals, and came to agreement on a number of them.”

However, the negotiating committee for United Food and Commercial Workers Local 227 did not accept the proposal. Instead, they recommended a “no” vote to union members, who reviewed the company’s final offer for several days.

On Monday, in a secret ballot vote, 95% of union members voted to reject the company’s offer and authorized the union to strike.

The union has not called on its membership to strike, but instead sent a letter asking the company to return to negotiations and sign a new extension agreement, said Caitlin Blair, spokesperson for UFCW 227.

Preske said, “We are disappointed that the union recommended a ‘no’ vote.”

According to Blair, Sazerac declined to sign a further extension of the contract as negotiations continued, leaving union members working without a contract.

“Our bourbon industry has seen unprecedented growth over the last few years,” Blair said. “Throughout negotiations, the company maintained that they are profitable, but would like to be more profitable. The union offered several proposals to help the company realize savings and remain competitive, and those proposals were rejected.”

Preske said their proposal would put Glenmore Distillery in a position to be competitive for new business and employment growth, starting with the hiring of 80 new team members to staff the alternative work schedule.

“At a time when tens of millions of people in our country are entering unemployment, we are proud that we have been able to protect and maintain work for our team members and plan to bring 80 additional good paying jobs to Owensboro,” she said. “This represented nothing less than securing the future of the Glenmore Distillery. It is our sincere hope that the union will agree to a final contract that supports the long term success of the Glenmore Distillery and the livelihood of those working there today and in the future.”

Preske added: “We strongly believe that our offer was not only fair, but generous. Current team members were offered significant raises on top of their already higher-than-market wages, and their rich benefits and 401k plans were maintained. We accepted the union’s favored alternative work schedule, which would provide much better work and personal life balance.”

“To divide today’s workers against future generations of workers is a tactic that companies use all the time, but our members are not being short-sighted about the devastating effects these cuts would mean for the future of quality jobs and the Owensboro community,” Blair said.

She continued: “For a profitable company to use this challenging time, when we are all afraid for the future, to attempt to force the hard-working men and women at Glenmore Distillery to accept such dramatic wage cuts and worse benefits for future generations is wrong.”

“The union remains committed to working with the company to achieve an agreement that honors the hard work of our members who are proud to have made their company profitable and successful, and to future generations of hard-working men and women at Glenmore Distillery.”