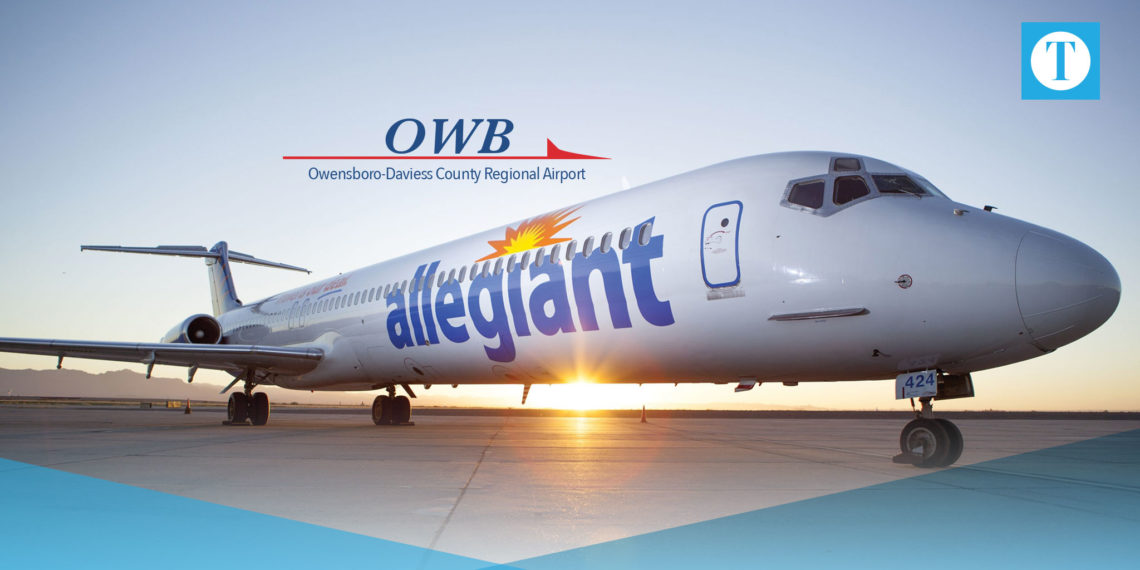 Allegiant Air has resumed its flight schedule at the Owensboro-Daviess County Regional Airport, just in time for the uptick in demand as various aspects of the economy start to reopen.

The airline had canceled about 90 percent of flights in March and April when demand was low because of COVID-19, including the suspension of flights in Owensboro.

Earlier this week Allegiant announced they would once again offer flights on Mondays and Fridays from Owensboro to Orlando.

“While the (Owensboro to Orlando) route is seasonal, we have not ceased flying,” said Sonya Padgett with Allegiant media relations. “As states have lifted stay-at-home orders and communities have reopened for business, we have seen a slight uptick in demand.”

OWB Airport Director Rob Barnett said bookings have increased in Owensboro, and it’s probably because popular destinations like beaches have started to reopen.

“Our passenger load has increased drastically over the past two days, so we’re seeing some pretty good numbers,” he said. “It’s a good sign. It’s a very good sign for the airport because it has been a very slow time in the last several weeks.”

Allegiant has enhanced its health and safety measures onboard its aircraft and now provides complimentary face masks, gloves and sanitizing wipes.

“We know that traveling is an incredibly personal decision at this time,”  Padgett said, adding that flights are currently on sale.

Barnett said he’s glad people have been understanding as they begin to travel again.

“It’s a good feeling to see that people are comfortable with precautionary measures and things that are necessary to fly,” he said. “They’re wanting to get out and travel.”