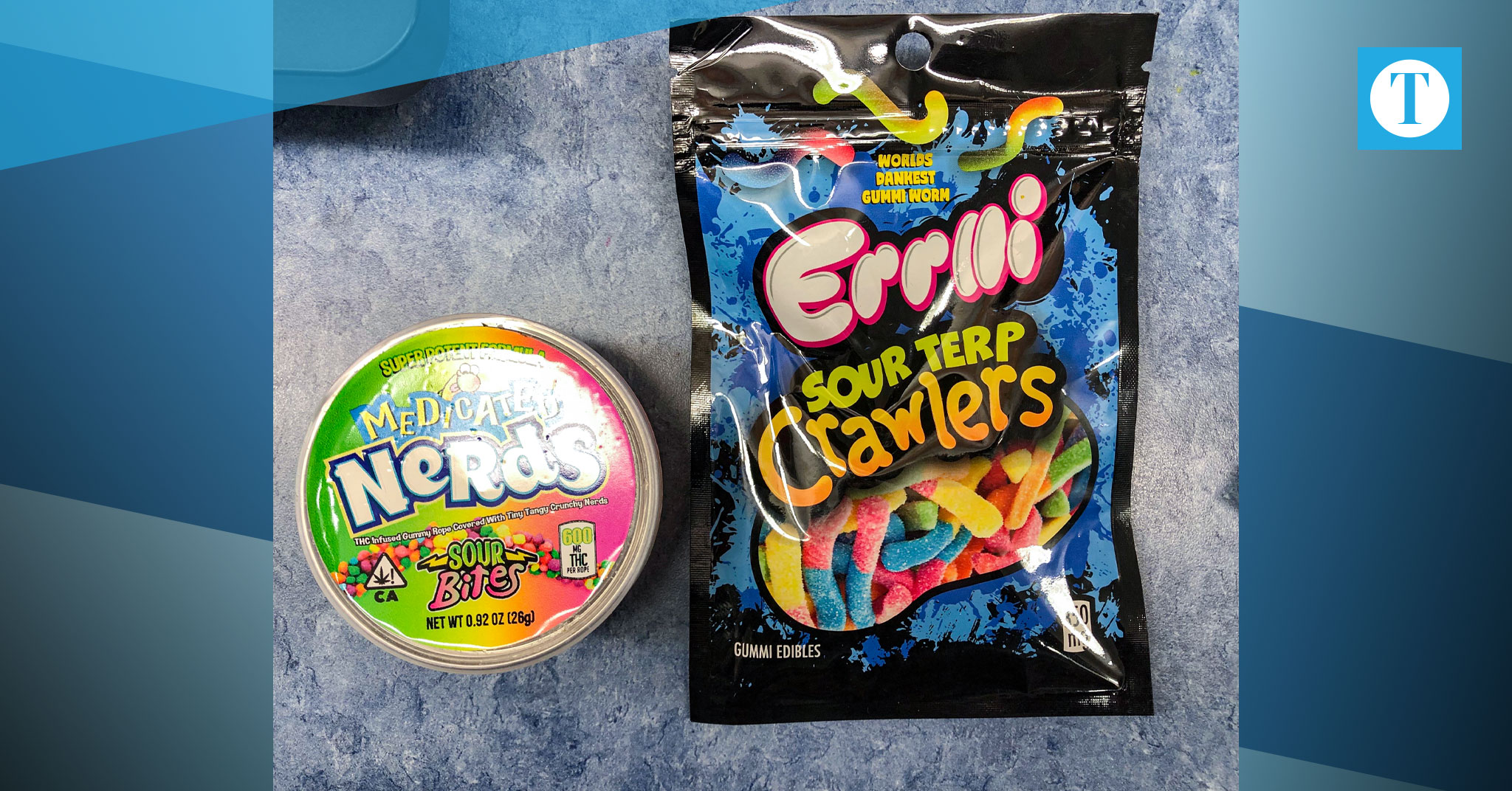 It’s getting harder to distinguish between a package of regular gummy worms and ones that contain THC. As more states have legalized recreational marijuana, marketing has ramped up on products containing THC and CBD.

“I think the product has gotten more advanced from what we’re seeing as far as what all of our officers are taking in,” said Jared Ramsey, Daviess County Sheriff’s Office drug detective. “It’s more appealing because it’s harder to detect, kind of like these vape pens and stuff that have THC.”

Last week in Daviess County, a bag of Errlli gummy worms — which contain THC — was seized during an arrest. The Errlli bag heavily resembles the non-THC Trolli brand found in stores.

A similarly marketed candy product was also seized during the arrest — a can containing “Medicated Nerds,” which is essentially a Nerds rope infused with THC.

Both products did have small labels noting they contained THC and should be kept away from children.

In Kentucky, it’s still illegal to possess edibles and beverages containing marijuana. While those products can’t be found in stores, they are available online because of varying state laws.

Ramsey said just because it can be purchased in other states doesn’t mean it can be possessed in Kentucky.

“The state looks at it as it’s marijuana,” he said. “We don’t have separate charges for marijuana or marijuana wax. If it’s illegal, we still have to enforce the law.”

Ramsey said some of the danger of products marketed to look like normal candy is two-fold. Some children may accidentally get into a bag if their parents leave it out, but the bigger issue is likely when older children try to disguise it.

“Especially when parents were still working while teaching their kids … they’ve got a full plate, so they may overlook different things like that just because they’re busy,” Ramsey said.

DCSO detective Brad Youngman said ever since laws began to loosen around marijuana usage, the marketing for edibles and other products has gone from covert to commercial.

While there’s still plenty of debate around the country on whether recreational use should be allowed in every state, Youngman said DCSO is simply doing their job according to current Kentucky laws.

“We just want the public to be aware that even though it looks innocent, you may or may not know what’s in it and it’s illegal to have,” Youngman said. “We want people to know at the end of the day, it’s not legal to possess here. It just goes to show you that make sure you’re buying your candy and things like that from reputable places because you may not know what’s in it.”