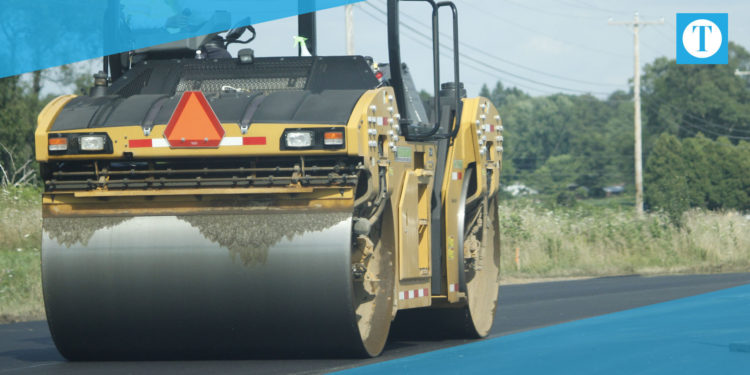 Several streets throughout Owensboro are going through the paving process. Prep work has already been completed on most streets on the list. Next week, the city will also begin their annual leaf collection.

Added to that, the city is doing its annual maintenance of pavements throughout the city. The crew has completed Holly Avenue from Cravens to Flamingo to install a new culvert for a new bridge.

Leaf collection
Next week will begin leaf pickup season, as the City’s Sanitation Department will be starting with Zone 9A and making their way through town on rotation. Zone 9A is from the west side of Frederica Street to the east side of Lewis Lane and between Scherm Road on the north and Tamarack on the south.

To see what Zone you are in and the rotation schedule, click here and click the “Leaf Pick-up Zone Layer” filter.

Sanitation Manager Caleb Gray said they plan to be done with the first rotation by Nov. 10.

They collect leaves whether they be in a pile, in bags, or in a canister. There is also a drop-off for bagged leaves behind the Owensboro Sportscenter.

Gray said the department was able to collect 3.3 million pounds of leaves in 2019, while they took a dip in collection for 2020 with only 1.9 million pounds.