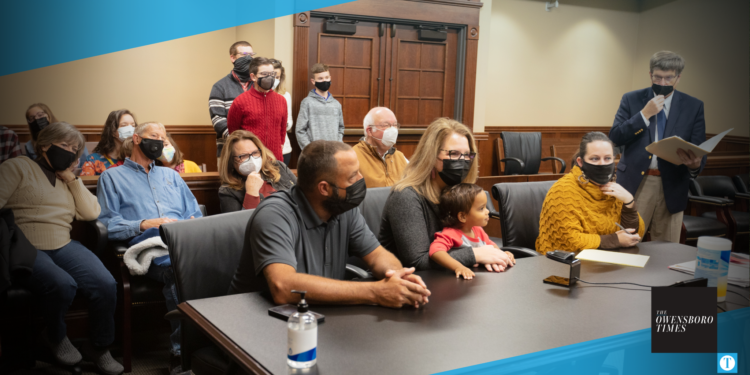 Melanie and David Duckwall have fostered 28 children in their seven years as foster parents. After receiving a phone call from a social worker in the Autumn of 2019, they adopted their first child this month with no reservations.

Melanie Duckwall is a teacher and said she received the phone call at the end of her teaching day wondering if they would consider fostering a newborn.

“My husband has always had a heart for kiddos; I’m a teacher, and we have three of our own,” Duckwall said. “The Lord took my heart. We were inspired to start the process, and we’ve had 28 blessings come through our home. It’s certainly been a privilege and an honor.”

With a son that’s 28, one daughter that’s 18, and another daughter that’s 15, Duckwall said she had to rush to the store for some much-needed supplies. With the onset of the pandemic looming, they rallied as a family to care for the little boy.

“When the worker called that day, I didn’t hesitate. We had never fostered a newborn before. I was told he was a boy, and they would call me the next day with more details,” she said. “They called and said he was tiny and was going to be in the hospital for a while and asked if I would want to be on the visitation list.”

She said they went and visited him every day, and after 30 days, they were able to take him and offer him a permanent home. The Duckwalls managed to reconnect all of their foster children with their families, so they were a bit surprised when they asked if they were an adoptive home.

As vetted foster parents, they were easily considered an adoptive home a few months later, and the rest is history. Duckwall said the subsequent quarantine period offered them ample opportunities to grow as a family and reinsured them that adoption was the perfect route.

“We fell in love right away — he took our hearts over,” she said. “Talk about becoming attached; he’s also created a bond with our daughters. They were old enough that they could help us out in caring for him with daycares closed momentarily. Watching them grow as brothers and sisters was amazing.”

As part of National Adoption Month and Thanksgiving, the family wants their story to inspire others to consider fostering or adopting. Duckwall referred to the entire process as a “beautiful surprise.”

The year was filled with excitement as their oldest son married, one daughter graduated high school, and they adopted their son within months of each other. Despite the jam-packed year and moments of stretches and challenges, she said it’s all been “completely worth it.”

“We want others to know that this journey of adoption and foster care doesn’t take anyone special. It just takes someone who wants to make others feel special and loved,” Duckwall said. “Not everyone can open their home, but most have a giving heart; I would encourage everyone to help in any way that they can.

She said, “The timing was just right for us; we are blessed beyond measure with this little guy. He’s straight from Heaven, on a mission, and stirs hearts wherever he goes.”