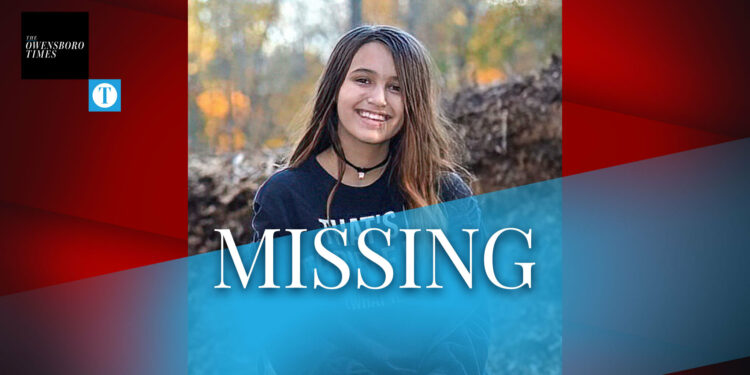 Local teenager Alina Bartolon was reported missing on Christmas Day. Her parents remain steadfast in their search for their daughter and optimistic that she will return. Law enforcement continues to work the case daily. There will be a search party beginning at 10:30 a.m. today at Smothers Park that the public is invited to join.

Bartolon’s father, Huber, said that this was not typical of his 14-year-old daughter and that he would “give anything to have her back.”

“We are sad that our daughter is lost,” Huber said. “She is a good girl, and hangs out with good kids. We don’t understand why she would have left home.”

Alina’s parents were separated, and Huber was living in Nashville for work just before Alina’s disappearance. He returned to Owensboro to spend the holidays with his family.

Huber said he picked up Alina the evening of Christmas Eve and took her out to eat, shop, and visit other family members. He said the two then attended church, and at approximately 8 p.m. he dropped Alina off at her mother’s.

Owensboro Police Department detectives believe that Alina left home at 10:30 p.m., and at around 4 a.m. her mother Elizabeth discovered that she was missing.

It’s been nearly two weeks since then.

“We still have detectives working every day,” OPD Public Information Officer Andrew Boggess said. “We’ve gotten a number of potential sightings and other info, but unfortunately we haven’t found her yet. We’re still tracking everything we can. We want to have the opportunity to successfully reunite here with her family.”

Huber remains positive in the searching process; he spent the first week she went missing searching for her, nearly every hour of the day. He has returned to work in Owensboro and desperately hopes that Alina will see this story and return to him.

“Please pray for Alina,” he said. “If she sees this, I want her to know that I’m in Owensboro, and we all want to see her. I’m back in Owensboro, not Nashville … Maybe she’ll see this and come back home.”

Home » News » Father speaks out about disappearance of his daughter, search continues for missing teen